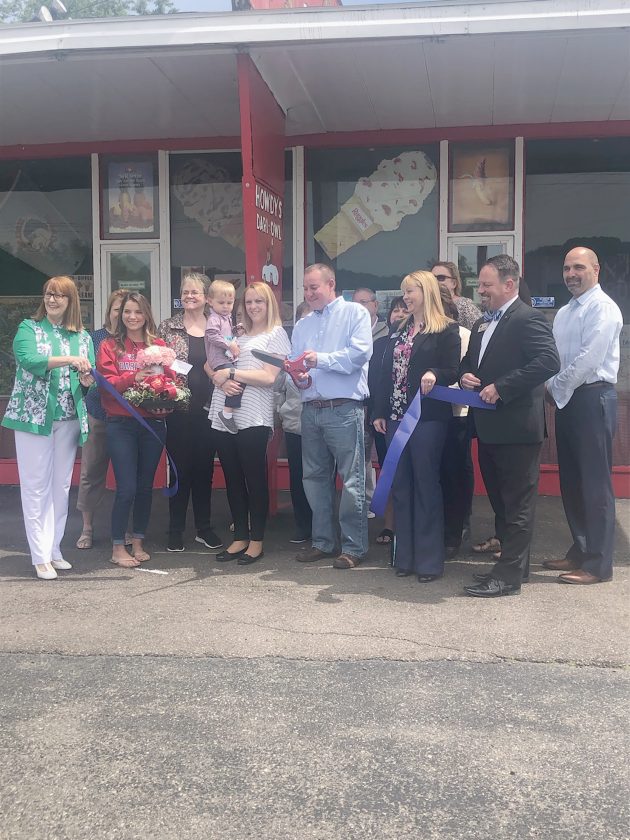 50TH YEAR — Brian Verner, owner of Howdy’s Dairy Owl, is joined by members of the Follansbee Chamber of Commerce and his family while cutting a blue ribbon to commemorate the ice cream shop’s 50th year. -- Taryn Linder

FOLLANSBEE — A town landmark, Howdy’s Dari Owl is celebrating 50 years in the business just in time for summer.

“The people would have run me out if I didn’t carry on,” joked Verner. “It’s a town treasure for a lot of people.”

After four year as owner, Verner said his favorite part is still seeing the customers smile, and he made sure to thank his employees during the ribbon-cutting held Tuesday at the shop’s location along state Route 2.

“Without good employees, you don’t have a good a business,” Verner said.

“It’s a family business,” she said. “We have kids who begin at 16 and work all throughout the college during the summers. You get to know people.”

Jane Verner added that all three of her kids, Shannon Blake, Marc and Brian, also worked at the shop while they were growing up.

“My favorite memory was when I was 3 years old,” Verner said with a smile. “I came in with my dad, Howdy, and he was testing the machines because one wasn’t working. He pulled the lever and spilled ice cream all over me.”

Verner and his wife, Stephanie, noted that it is a little too early to see if their son, Isaac, will become the fourth owner in the family.

“He’s just 2 right now, so we will wait on that one to see, but right now he sure loves the ice cream,” said Verner.

“That’s a big accomplishment,” noted Puskarich. “This truly is a generational place. I grew up with it, my kids grew up with it and now when my grandkids visit, their first stop is at Howdy’s Dari Owl.”

Brian Verner thanked the Follansbee chamber and community members for their support, and welcomed everyone to stop in and try his favorite ice cream, the chocolate peanut butter.

“It really is the best around,” Verner said. 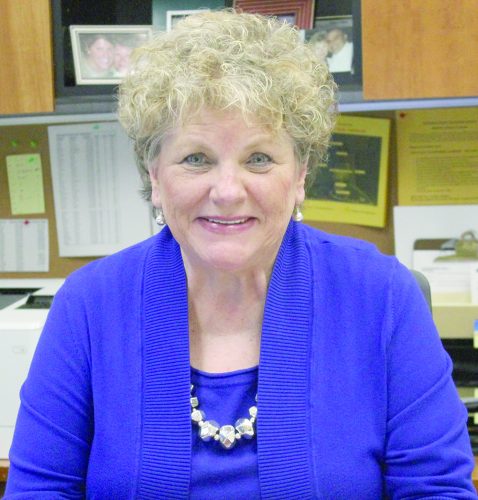 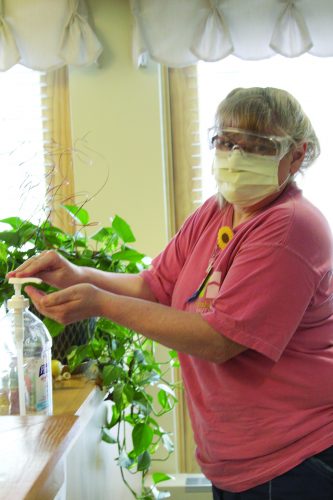