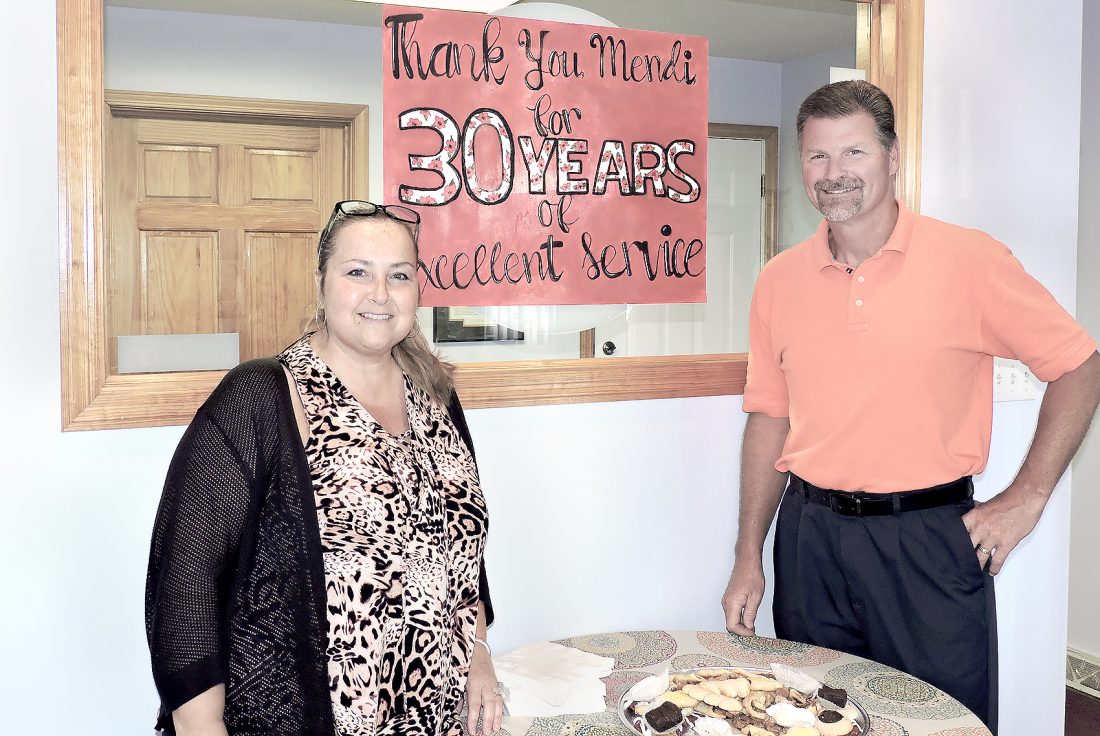 WEIRTON — According to her co-workers, Mendi Sims is a cornerstone of the Weirton community.

For the last 30 years, she has served area residents working at State Farm agencies in the city, and on Thursday, she celebrated that milestone.

Sims began her career with State Farm in August 1989, when her husband was completing his service in the military, starting in the office of Jack Robinson, and then his son, Craig Robinson, located on West Street.

Jack Robinson was known as the $6 million man around town.

“He wrote $6 million worth of life insurance in one year,” Sims explained, noting Robinson often would hit the streets of the city to sign up customers. “He would stand outside the mill gates when it was booming and drum up business.”

Sims continued with the Robinsons until Craig Robinson decided to retire in 2005. That’s when Jack Fowler approached her to join his agency located on Pennsylvania Avenue.

Sims and Fowler first met while he was working as a claims representative, and he would come into the Robinson office each week.

“She’s well known in Weirton,” Fowler said of Sims, noting the personal touch she brings to her work. “She takes care of the customers.”

In a time where many prefer to do business through technology, Sims said she believes those personal encounters with customers still make a difference. They provide an opportunity to get to know the people behind the accounts, learn about their families and better understand their needs.

“There’s nothing like a face-to-face, personal touch,” Sims said. “There’s something to be said for that these days.”

While Sims said there are many stories from her career, the most important thing has been the people.