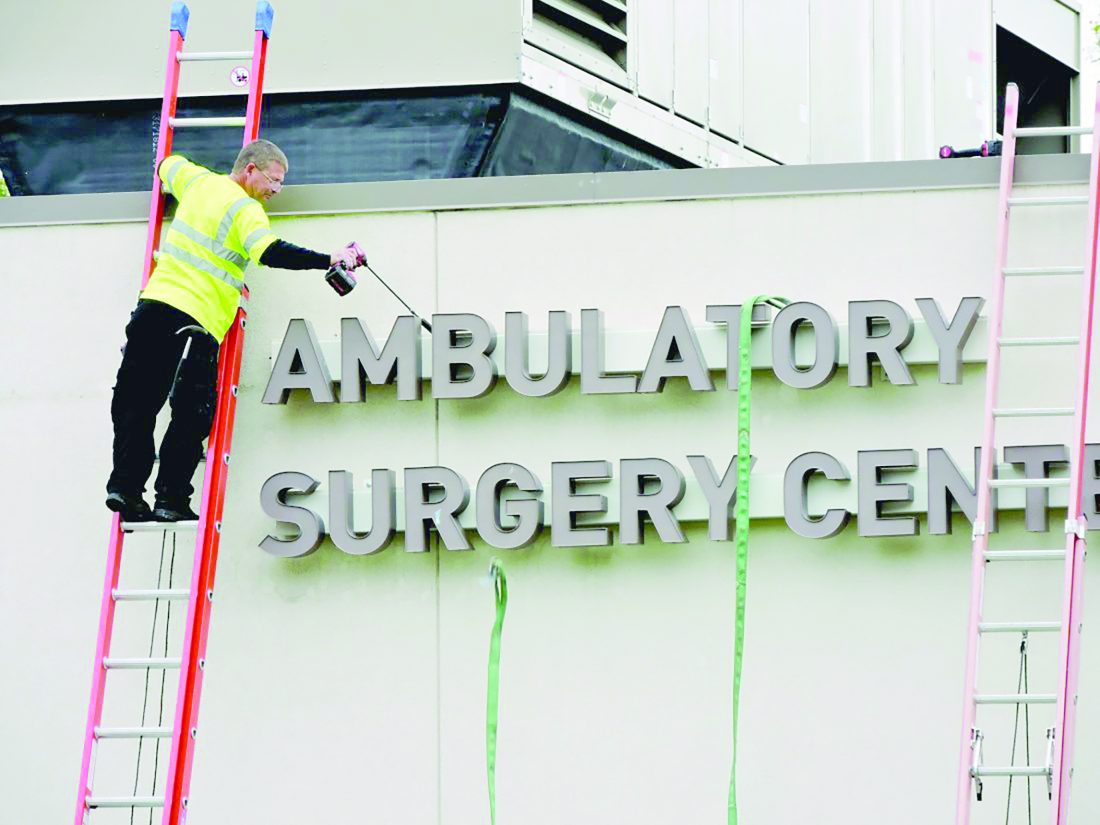 Workers on Monday placed the signage for the new Wheeling Hospital Ambulatory Surgery Center along state Route 7 near Bridgeport. Wheeling Hospital announced in March that it had purchased the former Compassionate Care Center for Surgical Excellence site in the Aetnaville area. The building has been vacant for two years and was expected to reopen in August following renovations and upgrades.