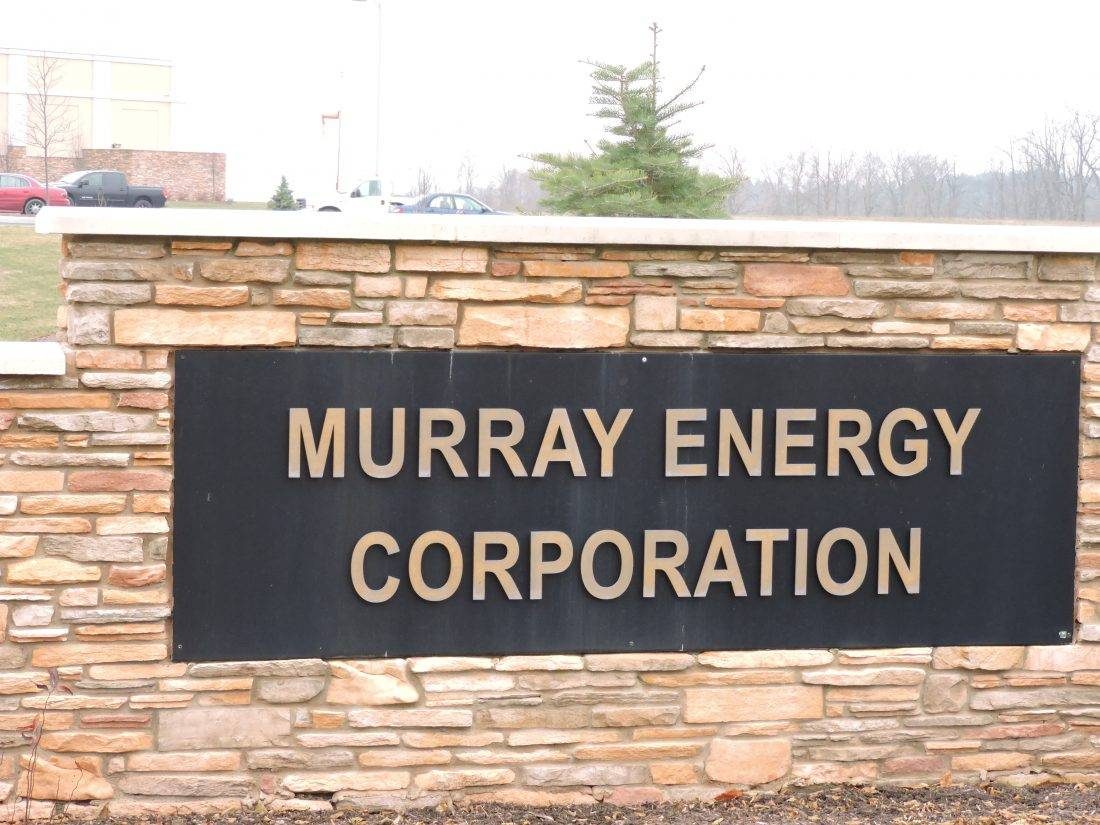 DECISION — Murray Energy Corp. will have until Oct. 28 to make payments to lenders, further extending a forbearance agreement announced early October with a payment date of Oct. 14.

ST. CLAIRSVILLE — Murray Energy Corp. announced Wednesday that the company will have until near the end of the month to make payments to lenders.

Murray Energy also announced that it chose not to make amortization and interest payments that were due Sept. 30, as provided for in the same agreement.

That forbearance has been extended to through 11:59 p.m. Oct. 28, unless otherwise extended further.

“On Oct. 15, 2019, Murray Energy and its lenders amended the previously disclosed forbearance agreements,” stated a press release this week, “With discussions with its lenders and noteholders regarding strategic options to strengthen the Company’s business, liquidity and capital structure ongoing, the company elected not to make the cash interest payments due on Oct. 15, 2019 to holders of the company’s 12 percent senior secured notes due 2024 and 11.25 percent senior secured notes due 2021.”

Murray Energy remains the largest privately held coal company in the country. Its founder, President, Chairman and CEO Robert E. Murray, is a Bethesda native and a local resident who has provided financial support for numerous school and community projects.

According to the company website, Murray energy employs close to 7,000 employees and operates active coal mines in six states and in Colombia, South America. The company produces about 76 million tons of coal yearly.

Murray’s corporate headquarters is based along U.S. 40 in St. Clairsville operates Century Mine at Beallsville, the Marshall County Coal Co. in Moundsville and the Ohio County Coal Co. in Wheeling, in addition to transloading facilities and mining equipment factory and fabrication facilities.

Murray Energy’s Powhatan No. 6 Mine closed in 2016 after its coal reserves were expended.

In 2016, Murray stated it might lay off as many as 4,000 employees in order to prevent bankruptcy and to comply with the federal WARN Act requiring employers to notify workers, state and local governments if it’s possible an entire plant will be shut down or if one-third or more of the workforce could be cut.

In prior statements, Murray placed blame for the potential layoffs on regulation by the Obama administration and the increased utilization of natural gas to generate electricity.

Other coal producers, including Patriot Coal, Peabody Energy and Alpha Natural Resources, have sought bankruptcy protection in recent years to allow them to reduce debt and reorganize.