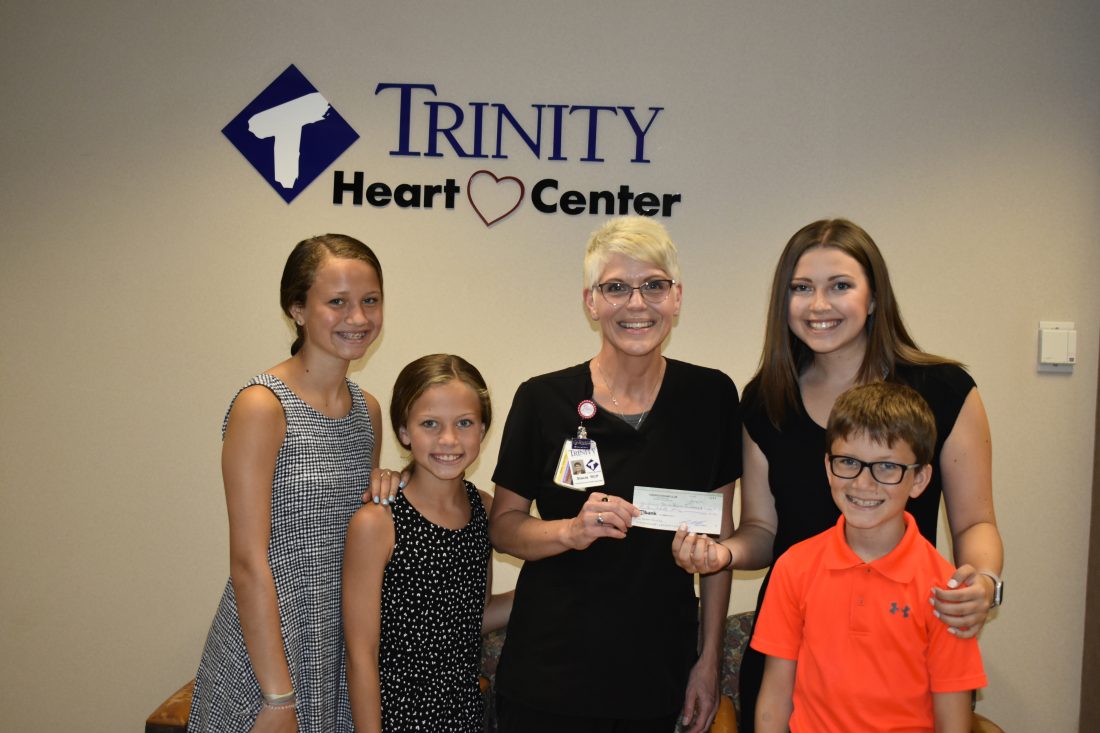 Representatives from the Biasi-Shuma 5K Run/Walk presented checks to Trinity Health System Heart Center and the United Way of Jefferson County with each organization receiving a cut of the $19,000 raised. A Toronto High School senior also will receive a Biasi-Shuma scholarship at the end of the school year. With 300 participants and 35 sponsors, the Biasi-Shuma 5K in July was able to raise $19,000, bringing the total to $47,000 raised during the past three years. Details on the 2020 race will be released in mid-January. On hand for the presentation to Trinity were, from left, Malena Biasi; Kayla Biasi; heart center representative Stacie Straughn; Lexi Biasi; and Anthony Biasi.