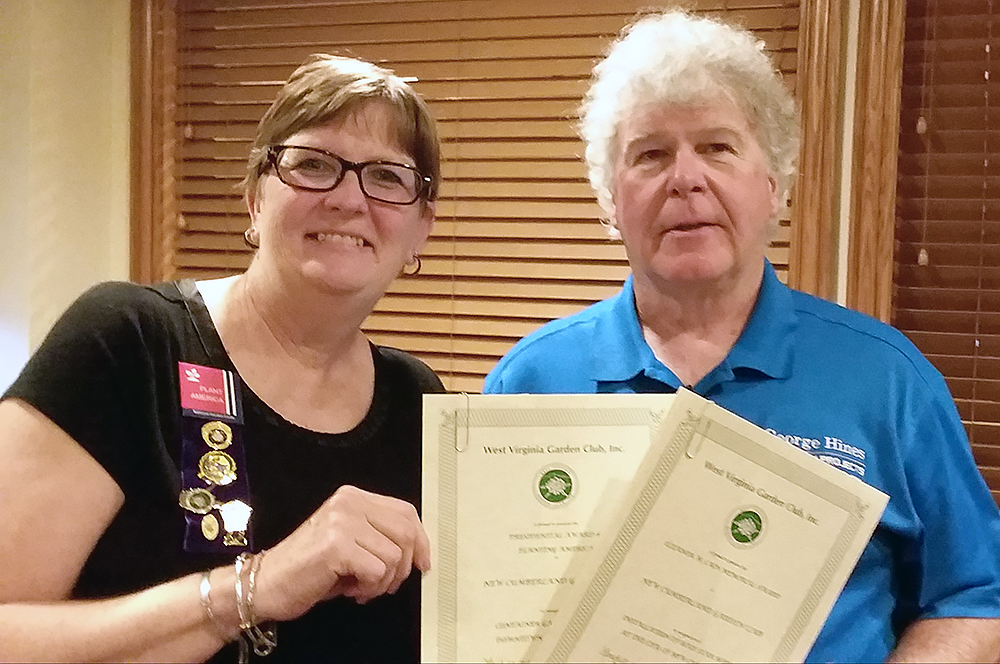 At the recent spring meeting of the West Virginia Old Trails District Garden Club, the New Cumberland Garden Club received two awards, according to George Hines, president of the New Cumberland Garden Club, who is shown with Carolyn McCafferty, past president of the West Virginia Garden Clubs and current president of the South Atlantic Regional Garden Club. The first award from the state was the Presidential Award No. 1 Planting America for the club’s container garden project in downtown New Cumberland. This award was made possible, Hines explained, by the 13 citizens and businesses who each sponsored a flower container for a full year. The second award was the Eleanor W. Cain Memorial Award in recognition of the installation of a Blue Star Memorial Marker in New Cumberland. Each award comes with a monetary prize which will be used to help fund the garden club’s future projects. One of the projects is the installation of a Gold Star Memorial Marker which will honor all the families who have lost loved ones during war time. The new marker will be placed near the Blue Star Marker in front of the gazebo at the north end of town. The Old Trails District includes clubs in Brooke, Hancock, Wetzel and Marshall counties. The New Cumberland group is in its third year and has a small but dedicated club of six members whose goal is to foster pride in New Cumberland through beautification, according to Hines, who expressed appreciation to citizens and businesses for their support. In addition to the markers and flower gardens around town, the club also sponsors the decorations in the windows of the old Graham’s Store, now owned by the Staley family. 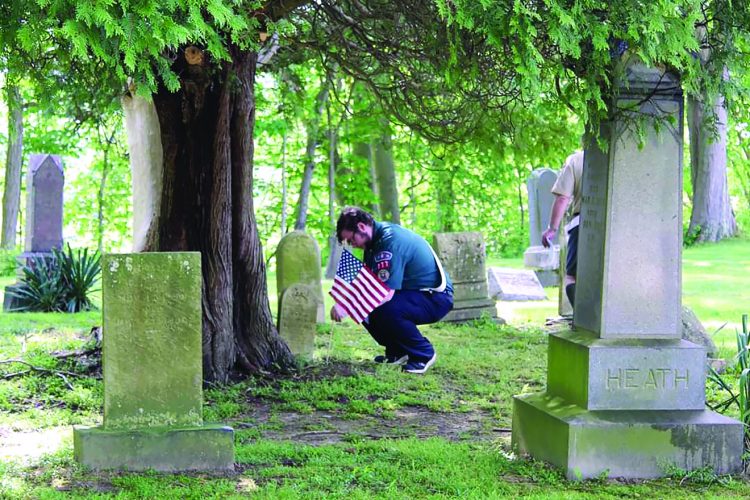