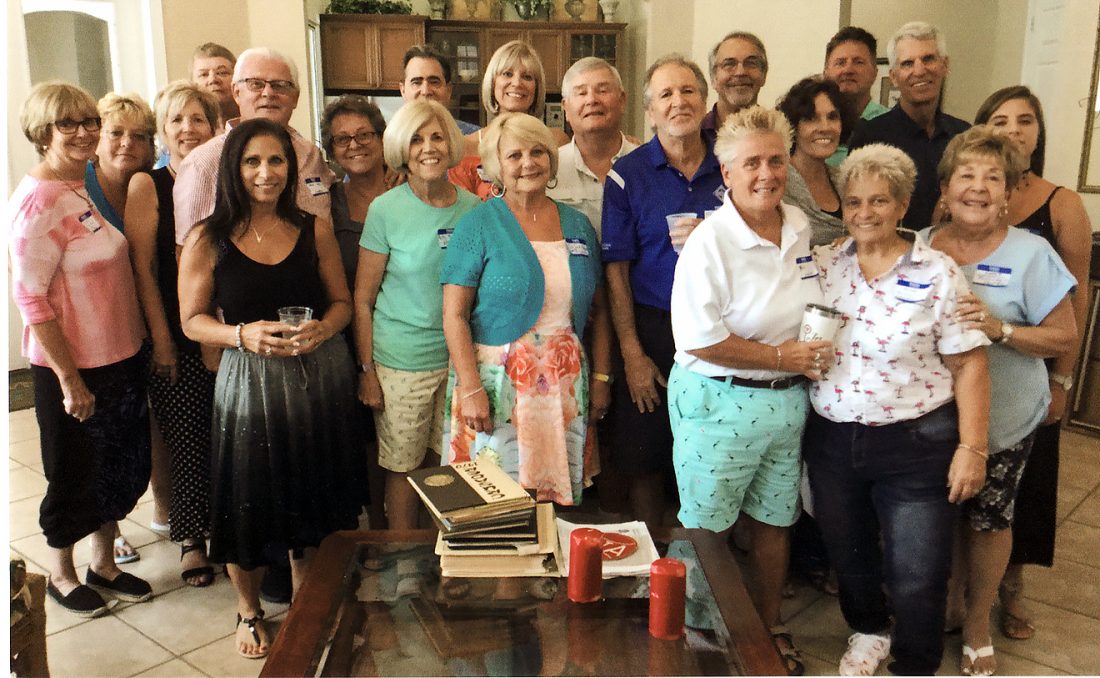 Sponsored by Sam and Donna Fornsaglio and Kevin and Anita Pestian, the reunion has grown annually since its humble beginnings a decade ago when it attracted just 13 people to the first one.

June 21 was “Meet and Greet Night” with Friday food highlights including meatballs by Donna Fornsaglio and Steubenville Bakery bread and buns specially flown in by Kevin Pestian.

June 22 activities, meanwhile, opened with a breakfast-brunch hoted by Donna Fornsaglio while golfers in the group participated in a tournament.

“When the golfers return from their tournament, a formal kunch is served to all — barbecue pulled pork and the greatest fish fry put on by Capt. Kelly Burdge, who serves fresh fish caught right out of the Gulf the day before,” Fornsaglio explained.

After lunch comes a general meeting that includes announcements and awards.

The first award was given to Weirton’s Mary DeFilippis Fortunato, who is the only guest to have attended all 10 reunions.

Golf champions also were recognized with Monty Montgomery of Wintersville winning the “Best of the Best Golfers.”

Gary Petersen, husband of the former Gloria Patino of Mingo, was singled out as the “Best of the Worst Golfers.” No women golfed this year.

“A popular valley figure surprised the gathering as 91-year-old the Rev. Anthony Giannamore attended,” Fornsaglio noted. “Father Giannamore pastored many churches up and down the valley, and he was recognized by more than three-fourths of the group.”

The dates for next year’s reunion already are on the calendar as it will be held June 26 and 27. “Everyone is invited who lives or has lived in the Steubenville valley,” Fornsaglio noted.