Funseekers donate to Table of Hope 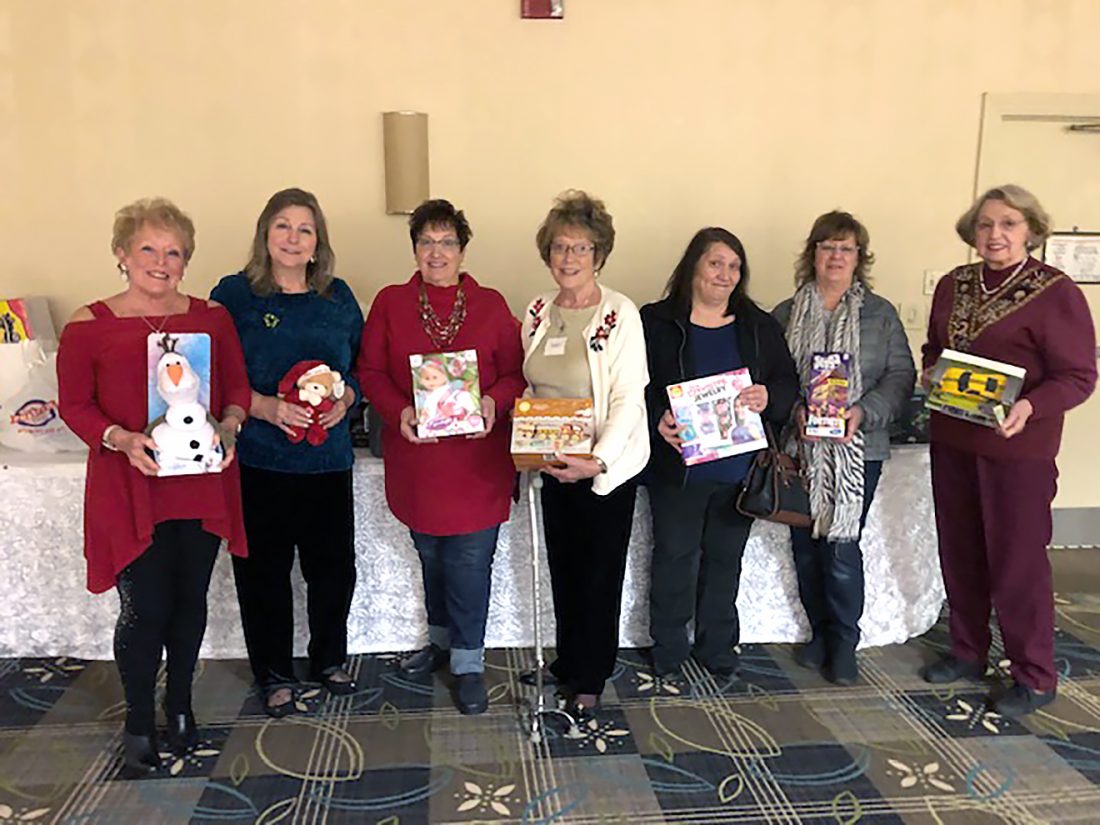 DONATING TOYS — The Funseekers held a toy drive to benefit the Table of Hope in Weirton. On hand for the presentation were club leaders, from left, Vice President Mary Alice Meyer, Treasurer Charolette Christian, Secretary Valerie Rowland and President Judi Gaynor; Sharon Davis and Mary Kay Angelo, representatives from the Table of Hope; and club member Mary Klepadlo, who organized the drive. -- Contributed

WEIRTON — Seventy people were on hand when the Funseekers held their Dec. 4 dinner meeting at Undo’s where entertainment was provided by Rick Grimm of Memories.

During the business meeting, reports of the treasurer and secretary were read and approved.

A toy drive was held for the Table of Hope. Toys were donated by the club members and picked up by Sharon Davis and Mary Kay Angelo.

Walter Klepadlo, a guest of Paula Kronsavage, was introduced. Glenda and Stanley Robinson were welcomed as new members. December birthdays and anniversaries were acknowledged.

It was noted there will be no January meeting. The next meeting is Feb. 5 at Undo’s.