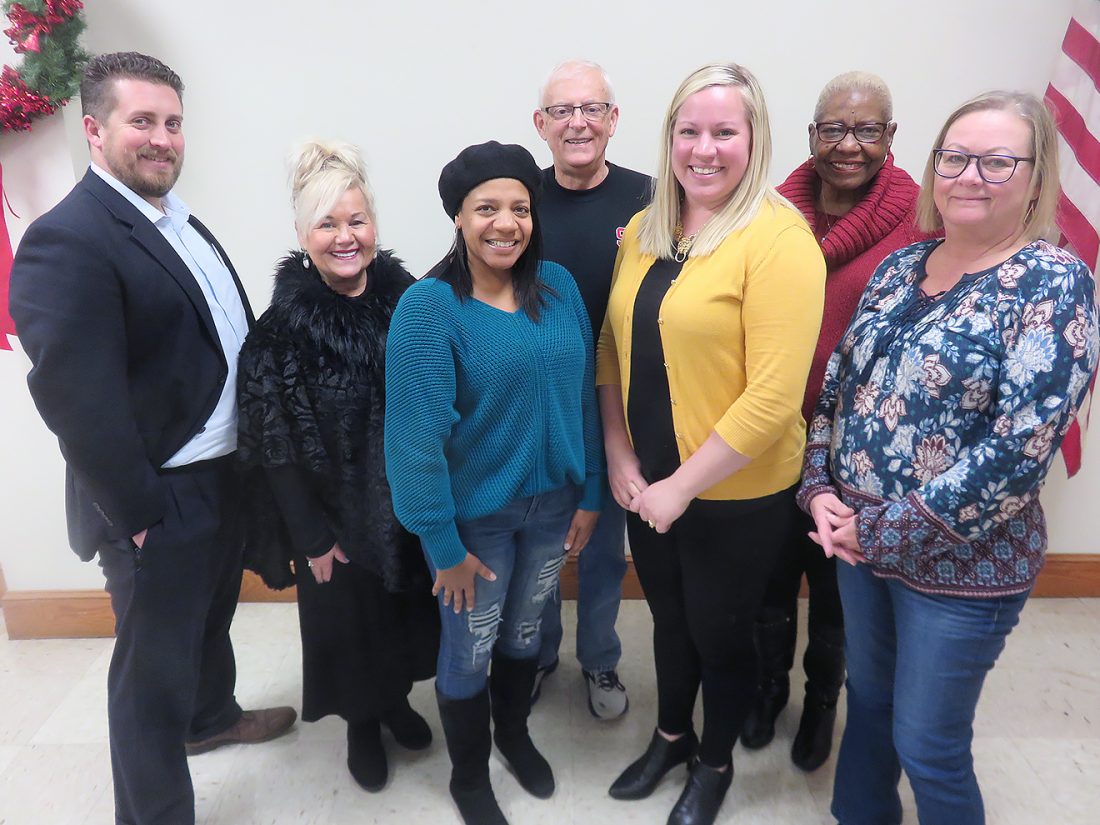 RECRUITING TRIVIA TEAMS — Members of the Steubenville Kiwanis Club are making plans for their 10th-annual trivia night competition fundraiser, which will be held March 14 at the Steubenville High School Commons, beginning at 7 p.m. Teams of up to 10 people are being recruited to participate for a $120 entry fee. The event will include a Chinese auction and 50-50 drawing along with bragging rights to be among the top three teams receiving a cash prize of $500, $250 and $100, respectively. Among the event planners are, front, from left, Kris Haught, Phyllis Riccadonna, Aimee Livingston, club President Janna Rusinovich-Sims and Julie Decker, and back, Tom Timmons, event chair, and Sophie Spencer. For information or to register, contact Timmons at (740) 314-9574. -- Janice Kiaski

STEUBENVILLE — The Steubenville Kiwanis Club is reaching a fundraiser event milestone this year with planning under way for its 10th-annual trivia night competition.

Club Secretary-Treasurer Tom Timmons will continue to serve as event chair of the fundraiser that will be held March 14 at Steubenville High School’s Commons. It begins at 7 p.m. and ends at 10 p.m. and offers participants an opportunity to test their knowledge in a “fun, fast-paced trivia competition” environment.

At its Tuesday meeting held at the YWCA of Steubenville, club members kicked off the planning for the event where the entry fee is $120 per team for up to 10 people on a team with the fee including 10 mulligans.

Teams will compete for cash prizes — first place, $500; second pace, $250; and third place, $100 — and bragging rights at the fundraiser that also will include a Chinese auction and a 50-50 drawing. Teams may bring their own snacks.

There were 21 teams participating.

The club is looking to recruit teams interested in participating — returning teams and new ones. For information or to register, contact Timmons at (740) 314-9574.

Timmons traditionally serves as master of ceremonies of the event led by his sister, Sue Busler of Maryville, Ill., who prepares all of the categories and questions and is “the Alex Trebek” for the competition. The contest consists of 10 rounds of questions in categories such as history, sports, science, geography, current events and entertainment with a possible score of 100 points per round and a grand total of 1,000 points.