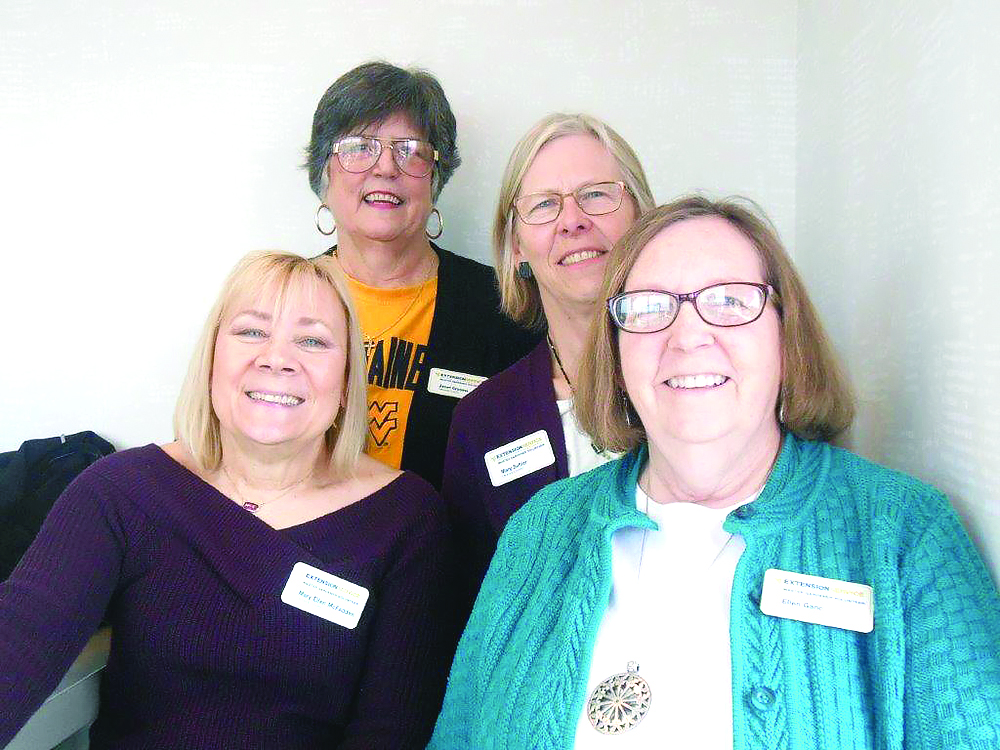 PROGRAM ADVOCATES — Area residents happy that they pursued their interests in becoming Master Gardeners through the West Virginia University Hancock County Extension program are, from left, Mary Ellen McFadden and Ellen Gano, and back, Janet Groome and Mary Suhler. For information, contact Ann Bailey at the Hancock County Extension office at (304) 564-3805. -- Contributed

NEW CUMBERLAND — The West Virginia University Hancock County Extension will start its new go-round of Master Gardener classes on March 2, and it’s not too late for program newbies to sprout and bloom, according to Ann Bailey, WVU Extension agriculture and natural resources program assistant.

Applications are being accepted for the classes that run for 12 weeks and will be held at the First Christian Church, located at 3252 Main St., Weirton. Classes are on Monday nights from 6 p.m. to 9 p.m. and are taught by WVU agriculture professors and others in the community.

Ellen Gano, for example, was always fascinated with the idea of taking a seed, watching it grow into a plant and harvesting food that she could eat or give away to others. Obtaining her first home enabled the Wheeling woman to grow as much as she wanted and experiment with different plants — flowers and vegetables. She was interested in becoming a Master Gardener to gain information and knowledge about horticulture. She also learned that a large part of the program is in “giving back” to the community through undertaking various projects related to gardening and teaching others.

Mary Suhler, also of Wheeling, agreed that watching the “circle of life” as she planted seeds was fascinating and kept her interested in gardening. Her mother was a gardener so it was a natural progression that she would “catch the bug.” She also learned more and more as each family move gave her a larger yard to grow things in. She was familiar with the Master Gardening program for a long time, as it is a nationwide program. She and her family relocated from out west, and she thought the classes would be a great way to make new friends. She was aware of the community service aspect of it and looks forward to finding a project to work on.

Janet Groome, a retired social worker, followed in her grandparents’ footsteps. Immigrant farmers from Germany, they had a farm that both her grandparents and parents worked on, and she learned by doing and observing, eventually helping out in her parents’ own back yard while growing up.

She also knew about the Master Gardener program, but it wasn’t until she retired that she was able to pursue the goal. Up until recently she said she also didn’t have the right location or best lighting situation to grow anything. Now, however, she has a lot of sunshine and loves to grow flowers and vegetables, she noted.

Groome, Suhler and Gano worked with the WVU Master Gardener state Coordinator Mira Bulatovic-Danilovich, going materials for the program and beginning the task of updating it. They were able to earn their 40-hour volunteer requirement and just received their badge claiming them to be certified WVU Extension Master Gardeners.

Mary Ellen McFadden’s story is similar in that she also caught the gardening bug while growing up. She, too, recently retired and decided the time was right to become a Master Gardener. Her friend, Bob Marino, encouraged her to take the classes.

To earn her volunteer hours, she has worked on a few different things such as putting in time at the Weirton Christian Center Community Garden — originally started by the Christian Center and Master Gardeners Marino and Becky Walker. McFadden also helped out at the garden started by the Hancock County Garden Club at the Hancock County Senior Center in New Manchester.

“There are a multitude of ideas available to earn one’s hours to become a WVU certified Master Gardener,” Bailey noted. “Throughout the classes, students are given a long list of ideas of things they can do to earn hours. They also can do their own thing as long as it is approved by the coordinator.”

For those interested in becoming a WVU Master Gardener, contact Bailey at the Hancock County Extension office at (304) 564-3805. 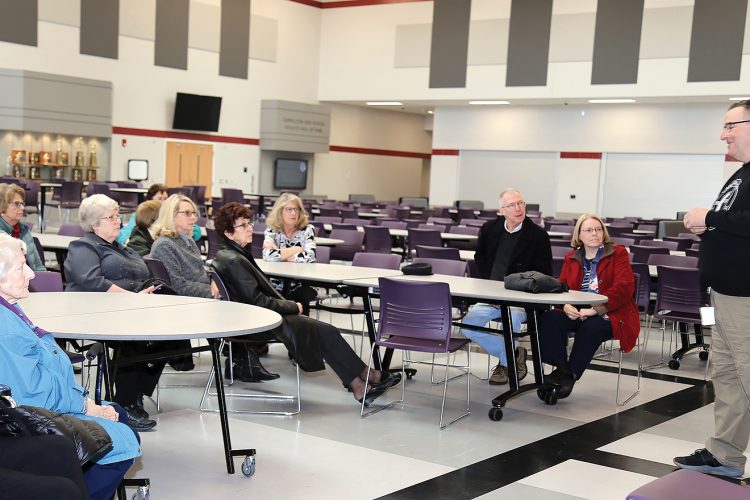 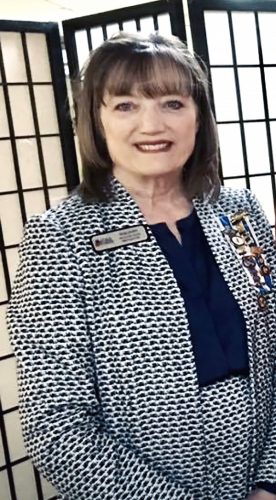 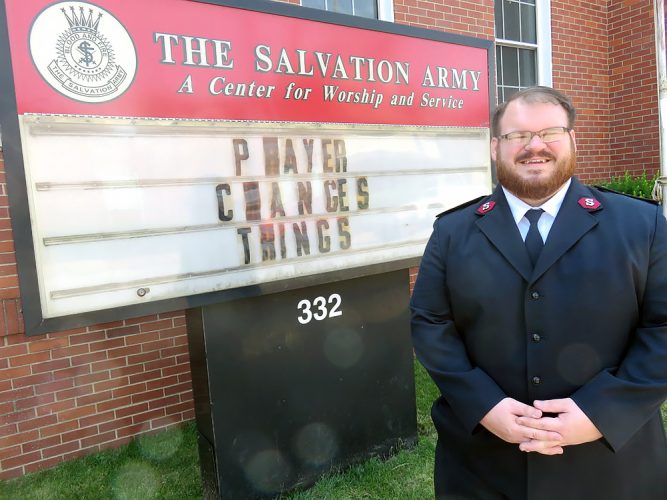 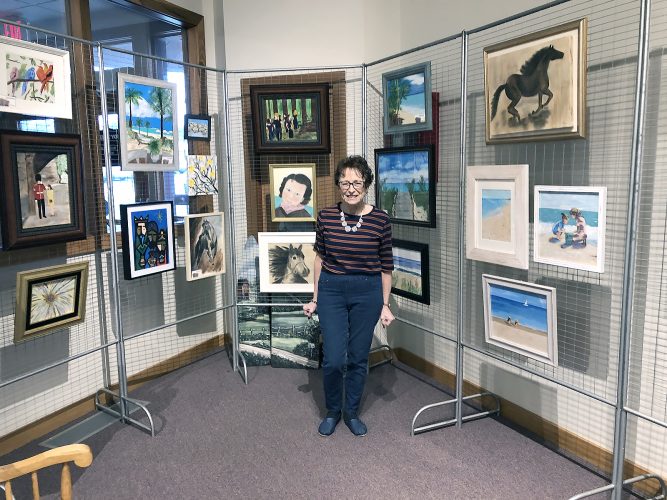 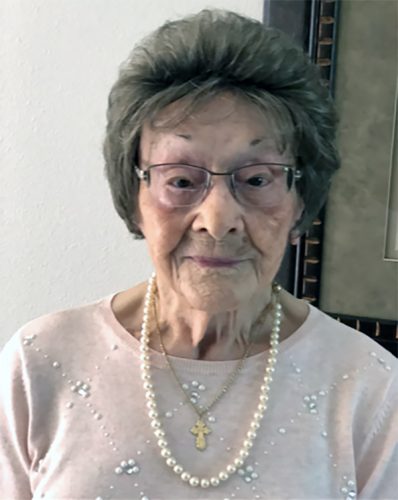