Now that mark will be permanent.

The idea to change the name came from a past commander who, after Milby died, suggested it to current Commander Dave Ash. The post previously was known as the Burge Casto Post.

The membership put it to a vote in November, and the name change passed unanimously, Ash said.

“It was really quick. I was surprised,” he said, noting that the national VFW approved it in December.

Ash said it’s appropriate that Post 6450 should adopt Milby’s name because of the legacy he left.

“He made this post. Bob took this post from nothing to one of the most vibrant (VFW) posts in the nation,” Ash said.

A native of Chester, Milby served in the U.S. Navy during World War II and returned home to become one of the charter members of Post 6450. From 1947 until his death, Milby served as the post’s quartermaster, or treasurer.

With his background in banking – he was vice president of the First National Bank of East Liverpool for 28 years – Milby saw to it that the post’s funds were invested wisely, Ash said.

“He handled all the money,” he said. “He would take a dime and squeeze it, and it’d become a quarter.”

Because of Milby’s stewardship, Post 6450’s charitable giving totals about $100,000 a year – for everything from police cruisers and police equipment to uniforms for the Oak Glen High School football, basketball and cheerleading teams, Ash said.

Ash said Milby liked to work in the background, so “he’d probably complain about us doing this (renaming). But we had to do something.”

The dedication ceremony included an outdoor plaque unveiling and a presentation by the joint American Legion/VFW Honor Guard. A social time with dinner followed the dedication.

Many of Milby’s family members were in attendance, and past VFW West Virginia Commander Kelly Goddard served as guest speaker.

“I think it’s time we quit mourning and start celebrating,” he said.

(Huba can be contacted at shuba@reviewonline.com)

CAPE CANAVERAL, Fla. (AP) — The launch of a SpaceX rocket ship with two NASA astronauts on a history-making ...

Signs a concern in Steubenville

STEUBENVILLE — A 24-year-old who police believe was responsible for a recent spate of politically-oriented ...

May 27: Events canceled/postponed due to coronavirus 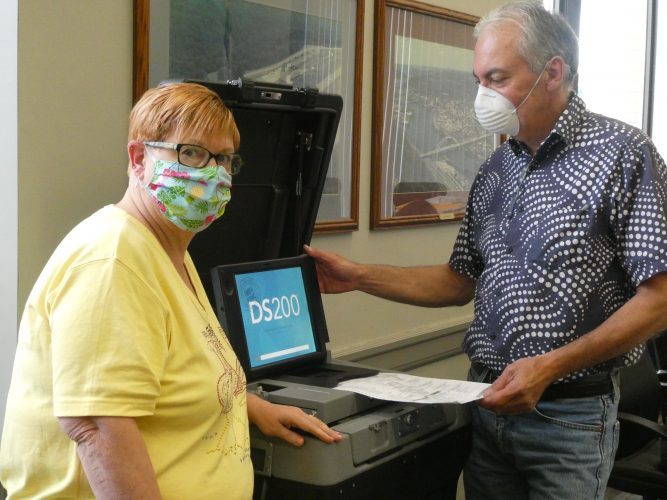 Governor Justice: Things are looking up