Volunteer fire crews from Newell, Chester, New Manchester, New Cumberland and Lawrenceville work to extinguish a fire located at Jackson's Auto Body on Sixth Street on Friday. Crews responded to the fire around 1:15 p.m. and were able to contain the fire to a portion of the building, with the fire out within 45 minutes. -- Steve Rappach

NEWELL — Investigators are trying to determine what started a fire at an auto body shop Friday afternoon that required the assistance of four other departments in the county.

According to Newell Volunteer Fire Chief Scott Wilson, crews were called to Jackson’s Auto Body on Sixth Street around 1:15 p.m. regarding a report of a fire that had started in the rear section of the garage, and was just contained to that particular area as smoke billowed out of the structure.

Wilson added that upon arrival, they weren’t sure where the fire was due to the thick smoke in the structure.

“There was a lot of smoke,” Wilson said. “It took a little bit to locate the fire because of the heavy smoke, but the fire was located in the rear corner of the garage and was contained to that. Looks like it was to one vehicle in the garage.”

Volunteer crews from Chester, New Manchester, New Cumberland and Lawrenceville provided tankers with water and manpower to help extinguish the fire, which was eventually done before 2 p.m. Local EMS crews and Hancock County Sheriff’s deputies also provided assistance at the scene. No crews, employees or other civilians at the scene were injured.

Wilson said the actual amount of damage has not yet been fully determined due to the heat of the structure, but confirmed that one vehicle that sat in the shop was destroyed. The cause of the fire remains under investigation. 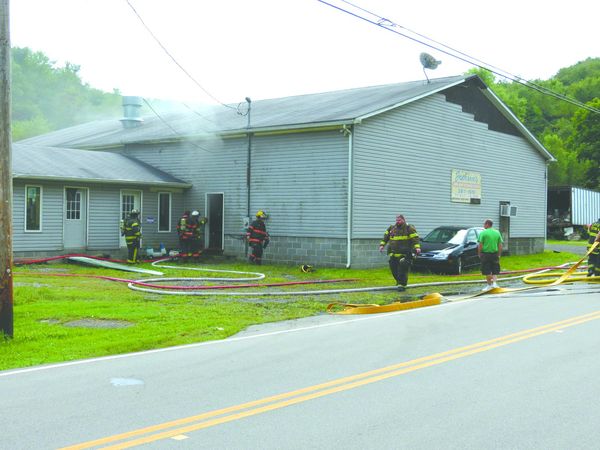 CHARLESTON — The work of the news and advertising staffs of The Weirton Daily Times was recognized by the West ...

WELLSBURG — Area residents will have an opportunity to sample an assortment of wines and enjoy a variety of music ...

Back to school preparations