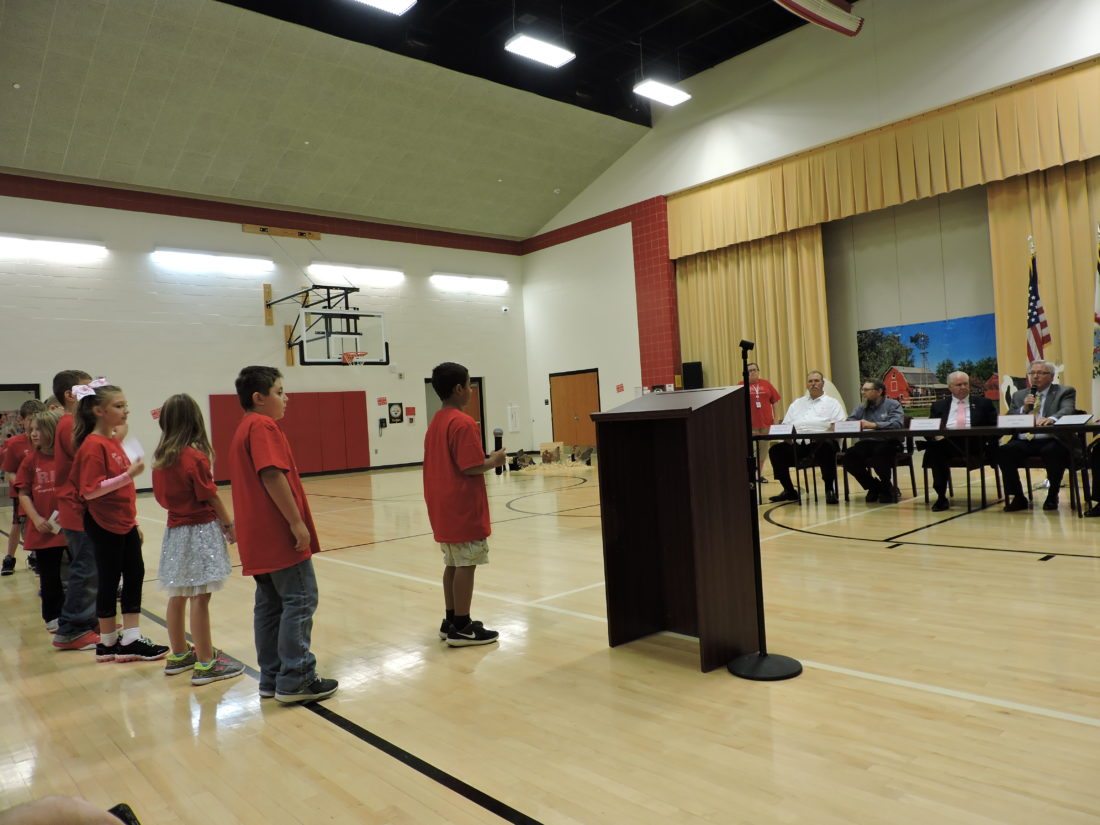 LEARNING FROM GOVERNMENT — Pupils from Weirton Elementary School ask questions of Weirton City Council during a special council meeting held at the school Tuesday as part of Municipal Government Week. As part of the meeting, council approved a resolution for the city to sponsor a community Christmas tree. -- Craig Howell

WEIRTON — The City of Weirton plans to bring back a longtime holiday tradition this year, with the placement of a community Christmas tree display.

Weirton Council approved the resolution 5-0 Tuesday during a special meeting held at Weirton Elementary School, with plans to have the tree installed at the intersection of Main Street and Pennsylvania Avenue.

Ward 7 Councilman Terry Weigel and Ward 5 Councilman Douglas Jackson were not in attendance.

Mayor Harold Miller explained the idea traces its history back many years to when a tree would be decorated at the same intersection on property currently owned by ArcelorMittal Steel.

“The city would always display a Christmas tree,” Miller said.

The mayor cited photographs on social media posted by Dennis Jones, president of the Weirton Area Museum and Cultural Center, as inspiring the plan, as he said it reminded the community of some of Weirton’s previous efforts to celebrate the Christmas holiday.

Miller said there are plans for a celebration focused on the tree to take place Nov. 19, which will be a week prior to the Weirton Christmas Parade.

“We’re going to have a nice event,” Miller said.

Ward 4 Councilman George Ash noted the wording of the resolution calls for a Christmas tree display.

“I just want to make sure everyone understands that,” Ash said.

Miller said plans are to have the tree donated, and city electricians will take care of the installation and light hook-up, meaning there would be no cost to the city.

The meeting was held at Weirton Elementary School as part of the observance of Municipal Government Week, with members of the school’s third- and fourth-grade classes in the audience. Some of the pupils also had an opportunity to ask questions of council, learning about the duties of elected officials and the types of issues they address in the course of their work.