WHEELING — A bill to eliminate the West Virginia Greyhound Breeding Development Fund resurfaced Monday as the Legislature resumed its special session on the state budget.

But some Northern Panhandle lawmakers questioned whether the bill is germane to Gov. Jim Justice’s special session call as they work to set a spending plan for the new fiscal year that begins in just 25 days.

On Monday, Delegate Cindy Frich, R-Monongalia, introduced House Bill 119, legislation she acknowledged is identical to a measure passed during this year’s regular session but later vetoed by Gov. Jim Justice.

The bill seeks to discontinue the West Virginia Racing Commission’s special account known as the West Virginia Greyhound Breeding Development Fund, and to transfer all money in the fund to the state Excess Lottery Revenue Fund for appropriation by the Legislature. It also would eliminate the requirement that a video lottery licensee at a dog track hold a racing license to renew its video lottery table games licenses, or conduct simulcast racing.

Supporters of the bill say it would halt the distribution of about $15 million from the fund to the breeders, while opponents believe the dog racing industry would cease in West Virginia without the money — resulting in the loss of about 1,700 jobs statewide. About 1,100 of the jobs are attributed directly to dog racing at the Wheeling Island Hotel-Casino-Racetrack.

“The same bill was already passed by the House and Senate this year, and would save taxpayers $15 million,” Frich said Monday on the House floor. “Unfortunately, the governor vetoed the bill, but he continues to demand tax rates be raised. Why should our taxpayers continue to have their rates raised … ?”

She termed the breeders’ payout an example of “wasteful spending” by government.

“And if the Legislature passes the bill, and the governor acts differently, then we wouldn’t have to cut higher education,” Frich said.

Introduction of the bill drew the ire of Delegate Erikka Storch, R-Ohio.

“It’s not on the governor’s call, and I don’t know why they think this will gain traction,” she said. “But we’re not talking about the brightest people in the House wanting to put 1,100 jobs out of work.”

And the process surrounding the elimination of the fund would have to be complete by the end of the fiscal year on June 30, Storch said.

“Why do they think this would be successful?” Storch said. “The definition of insanity is to do the same thing time and time again, and expect different results. And it’s all in the name of saving West Virginia University a dime. That’s Delegate Frich’s line, and it’s starting to get old.”

Storch said the breeders’ fund isn’t a “subsidy,” as many of its opponents label it, but rather is a portion of money collected by the tracks from their video gambling operations that is by law designated to dog and horse breeders.

The state was asked to manage the fund because of disagreements within the horse breeding industry. The legislation proposed would not eliminate a similar fund for thoroughbred horse breeders.

Storch said during next year’s session she plans to introduce legislation to separate the dog breeders’ fund from the state coffers.

Delegate Patrick McGeehan, R-Hancock, is opposed to the state keeping the money now going to the breeders’ fund.

“It’s more or less a charade,” he said. “The money that’s used doesn’t come from the general revenue fund. It originates on (the tracks’) property from their customers. Redirecting that money to further spending in Charleston is not very sensible. So I’m not sure why that bill was introduced, other than for theatrics.”

“It’s just a statement against the governor by a group of legislators more concerned with political stunts than good policy or solving our budget crisis,” he said. “The bill would result in job losses and decreased revenue. It’s my hope leadership won’t waste important time on a nonsensical bill like this one. The bill was already vetoed by the governor. You could argue that its within the call, but it has no place on our current agenda.”

Senate Majority Leader Ryan Ferns, R-Ohio, said the bill won’t get out of the starting gate in the Senate.

“I don’t know all the details of it, but I can say with certainty that the Senate will not consider that bill unless there is language to make it apply only to Cross Lanes (the Mardi Gras Casino and Resort),” he said. “Wheeling Island will be protected.”

WHEELING — Delegate Erikka Storch says many local businesses want to be open for customers, but they are being ... 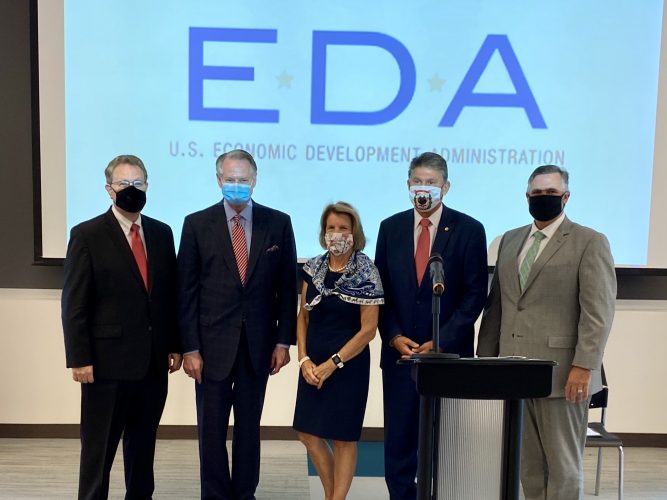 CHARLESTON — State highways officials have announced the roads expected to be repaired as part of the $1.25 ...

WEIRTON – After 26 years of service, Chief Rob Alexander announced Tuesday he plans to retire from the Weirton ...

The epidemic that is not going away