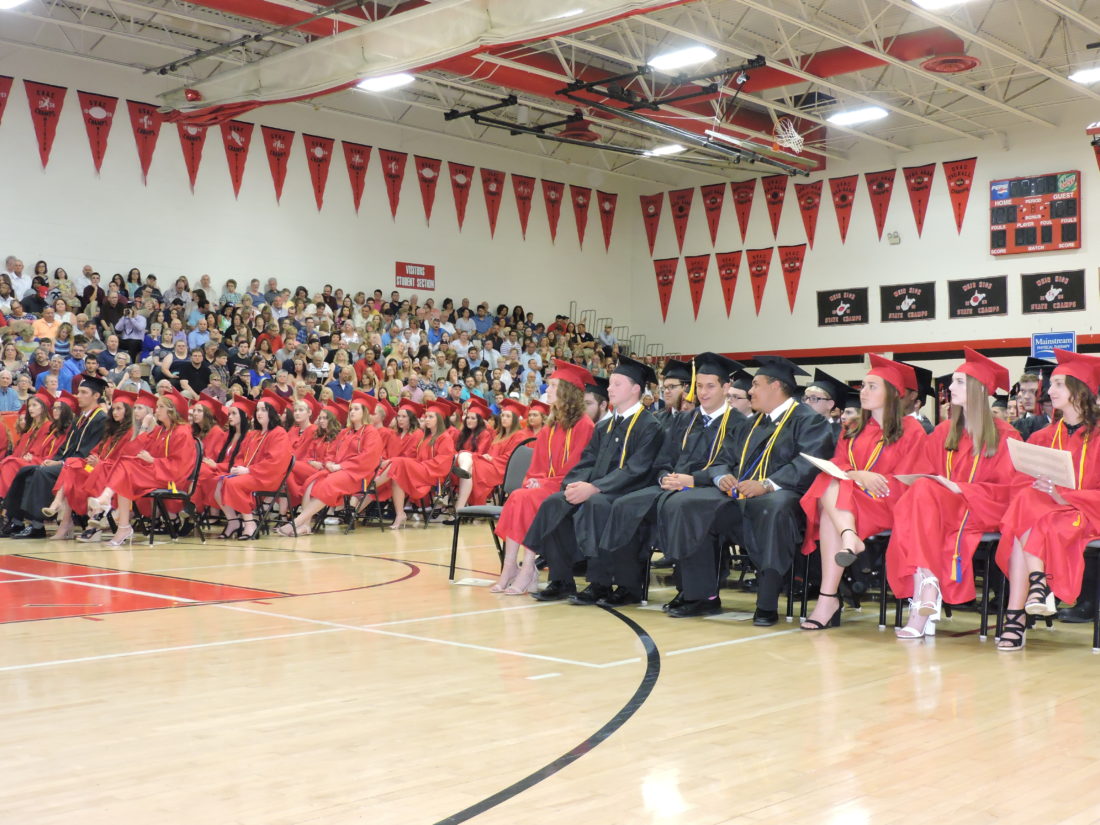 The 147 members of the Weir High School Class of 2018 gathered in the Carl R. Hamill Fieldhouse Friday, receiving their high school diplomas and beginning the next stage of their lives. -- Craig Howell

WEIRTON — Weir High School’s Class of 2018 looked back on their years together Friday, while looking forward to the years ahead.

Principal Kristin Bissett welcomed students and their families gathered in the Car. R. Hamill Fieldhouse, noting this was the 102nd class to graduate from Weir High School.

“This class will be greatly missed,” she said.

The diplomas the students received Friday, Bissett explained, represented 13 years of hard work, while signifying the beginning of a new phase of their lives.

Some of them, she said, had a clear path planned out, with hopes of college, a job, a family and more. Others may not have any set plans, taking life as it comes. She explained both ways were OK, encouraging the students to not get discouraged if their plans didn’t work out as expected of if they felt their hopes didn’t compare with others.

“Don’t let the big plans of others make you think less of yourself,” Bissett said, telling them to use their abilities to set their own path in life.

Superintendent Tim Woodward provided some of his own advice to the class.

“Whatever you do, from this point forward, do it with kindness,” Woodward said.

Representing the class’ 16 highest honors graduates, Meghan Hawthorne and Ryan Bodrog reflected on their years together, noting also how plans can change and each graduate will have their own way in life.

“No two people are the same,” Hawthorne said. “We will all go on our separate paths.”

Bodrog said the 147 members of the class are bonded through their shared experiences, encouraging them to hold on to their friendships and their memories and not take any of them for granted.

“You’ll never know the value of a moment until it becomes a memory,” Bodrog said, quoting Dr. Seuss.

The welcome address from the class was presented by Natalie Cramer and Caroline Fodor, while the closing address was provided by Tess Courtney and Mason Vida.