West Virginia steps on the gas for road projects 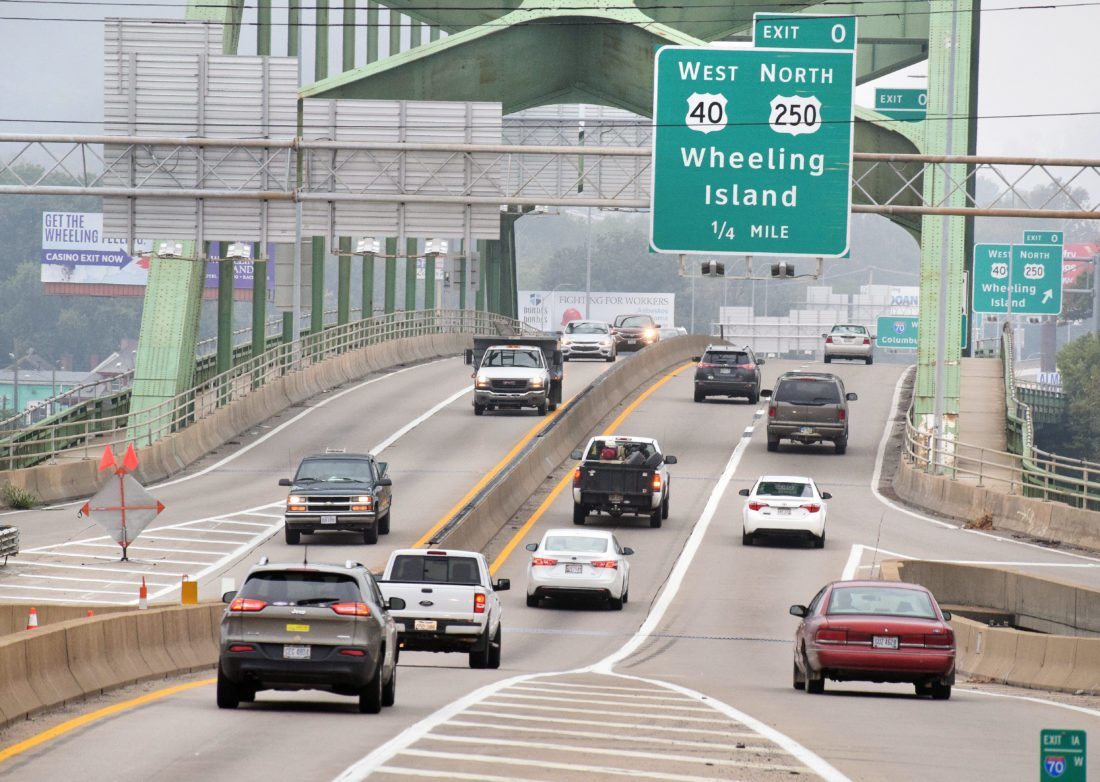 Traffic crosses the Fort Henry Bridge in Wheeling. The West Virginia Department of Highways expects the rehabilitation of bridges along Interstate 70 in Ohio County to cost $172 million, and it is the largest single item on a long list of projects to be paid for by a $1.9 billion road levy passed by West Virginia voters last fall. -- Scott McCloskey

“This is a huge step forward in our $2 billion-plus program that is going to absolutely transform West Virginia,” Justice said. “The benefits from this are just tremendous — all kinds of construction jobs now and then long-term economic gains from improved roads and bridges.”

The governor’s office did not immediately respond Thursday to a question asking when highway projects might begin.

The largest single item on the list is a project to rehabilitate the bridges along Interstate 70 in Ohio County, which is expected to cost the state $172 million.

Marshall County would see an additional $56 million in upgrades, including improvements to W.Va. 88 and U.S. 250, road paving in Mozart, bridge replacement and widening near the McDonald Upper Plaza, drainage work on W.Va. 2, replacement of the Kausooth Bridge on Fish Creek, and various pavement rehabilitation and slip repair projects.

In addition, a proposed project would relocate and widen W.Va. 2 through New Cumberland at a cost of $11 million.

The sale of the bonds took place Wednesday, according to the governor’s office.

Justice administration officials secured a 3.575 percent interest rate on the series of general obligation state road bonds. With interest, these road bonds should leverage $915 million in borrowing for state road projects, according to a released statement.

The office also credited West Virginia investors for stepping up to help the state. Of the $167.7 million sold to retail investors on May 21, $17 million was purchased by investors with Mountain State ties, the statement indicated.

The remaining bonds were sold competitively in two batches, with Citigroup Inc. and Bank of America Merrill Lynch submitting the winning respective bids. This week’s sale represents the first half of the general obligation bond portion of the Roads to Prosperity program.