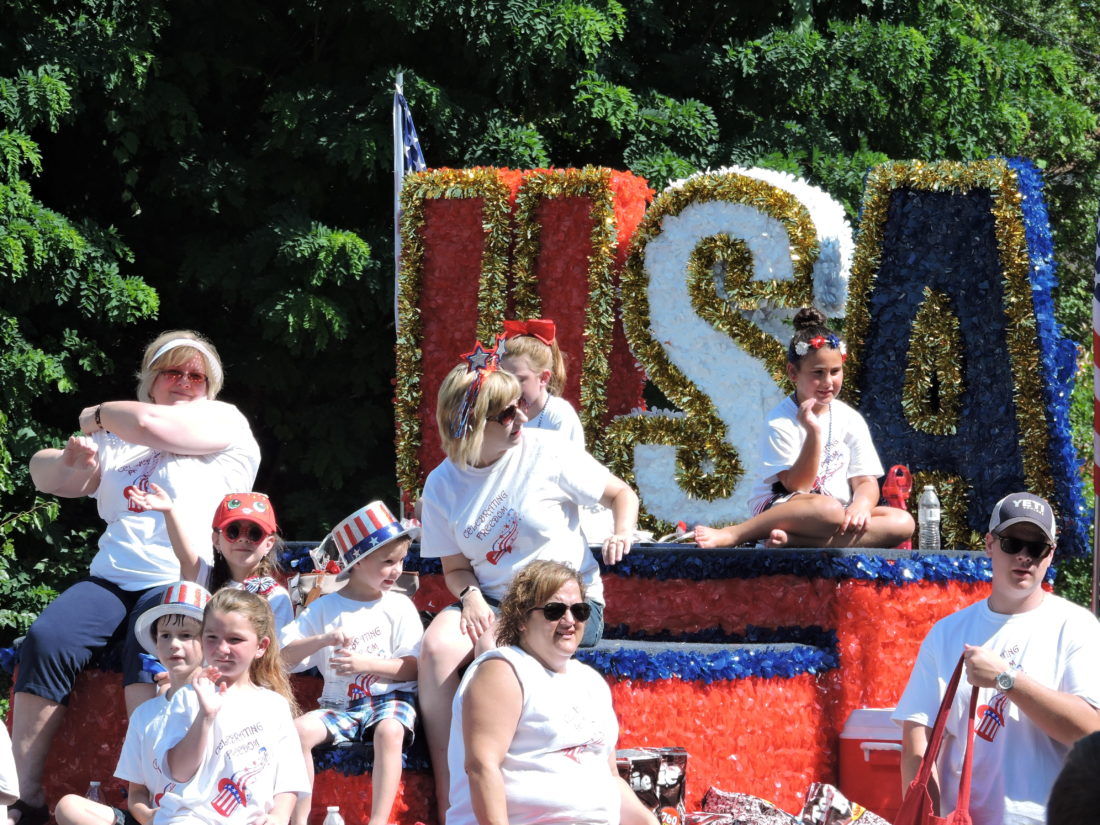 A variety of floats, bands, dance groups and more made their way down Main Street Saturday morning as part of the community's Independence Day parade, organized by the Weirton Board of Parks and Recreation. -- Craig Howell

WEIRTON — The community kicked off its Independence Day festivities Saturday with the annual parade and a festival organized by a local theater group.

Residents gathered along Main Street Saturday morning to watch as a variety of floats, bands, decorated vehicles, dance groups and more traveled through downtown as part of Weirton’s annual parade.

Organized by the Weirton Board of Parks and Recreation, the parade featured a theme of “Sweet Land of Liberty.”

Following the parade, Striplight Theatre Co. held its fourth-annual arts festival at the Weirton Event Center, with an afternoon of entertainment, a talent competition, community art project and a kids zone.

Saturday’s activities concluded with a peformance by Beatlemania Magic at the Weirton Event Center. Considered to be the premiere Beatles tribute band in the nation, the performance included a variety of the Fab Four’s songs from throughout the group’s history.

The holiday celebration will continue today with the annual appearance by the Wheeling Symphony at the Weirton Event Center, with the show set to begin at 8 p.m.

Under the direction this year of conductor Roger Kalia, this is the 27th year the Wheeling Symphony has performed in Weirton, kicking off its Celebrate America tour. The show has been made possible by the Top of West Virginia Convention and Visitors Bureau.

Kalia has been hailed as a conductor who leads with “passionate intensity” and recognized as “one to watch.” In addition to his current conducting roles, he is in consistent demand as a guest conductor with engagements including National Symphony at the Kennedy Center, Chicago Sinfonietta at Symphony Hall, Long Beach Symphony and Boise Philharmonic.

Mollie O’Brien has released a number of albums both as a solo artist and as a duo with her brother, Tim. She is a Grammy-winning musician and regularly tours and performs with her husband, guitarist Rich Moore.

Tim O’Brien is also a Grammy-winning singer-songwriter with more than 10 studio albums, including the Grammy-winning “Fiddler’s Green,” in addition to charting the duet, “The Battle Hymn of Love,” with Kathy Mattea. His shows feature guitar, fiddle and banjo, along with his vocals and harmony from Jan Fabricius.

The symphony’s show will be followed by Weirton’s community fireworks display, to be set off near Municipal Plaza.