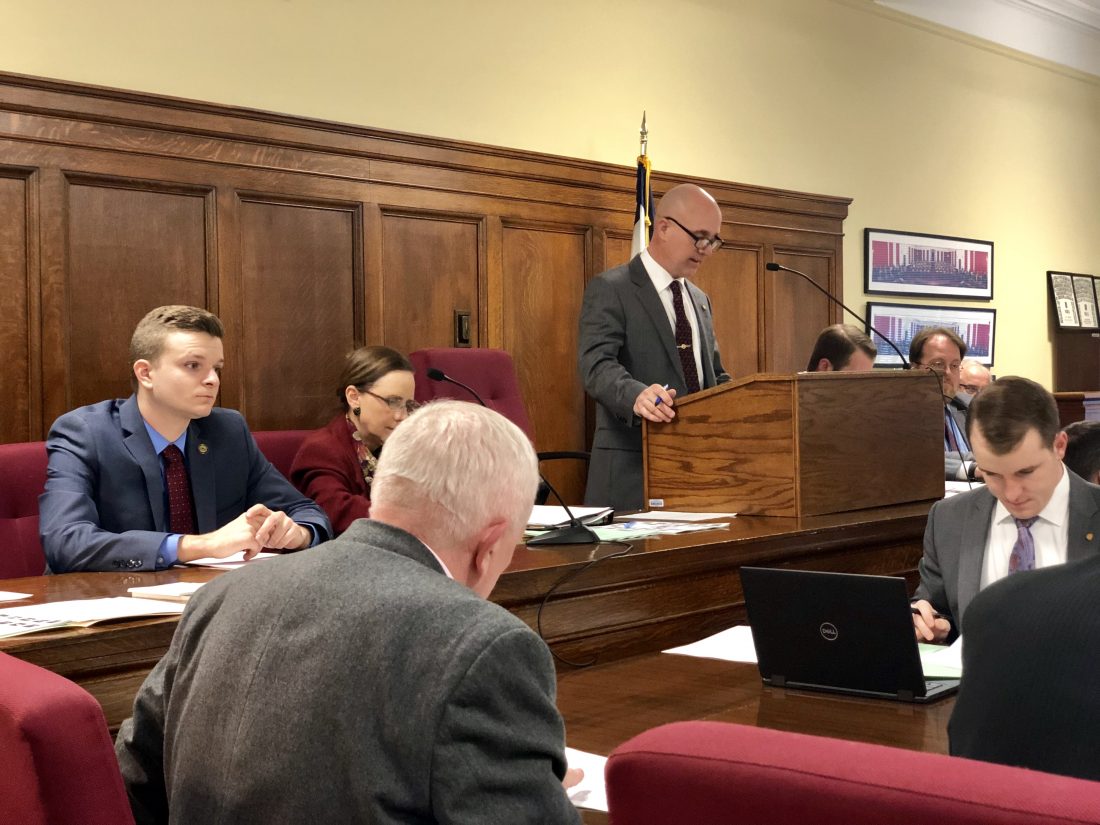 CHARLESTON — Piggy-backing off of last year’s efforts to promote expansion of high-speed internet in West Virginia, a new bill plans to give financial incentives to companies to grow broadband into the state’s underserved rural regions.

The newly renamed House Technology and Infrastructure Committee passed House Bill 2005 Wednesday, creating the Broadband Expansion Act of 2019. The House Judiciary Committee will look at it next before making its way to the House floor.

HB 2005 does three key things. First, it creates the Wireless Technology Business Property Valuation Act, which would evaluate towers constructed between July 1, 2019, and July 1, 2024 for use of cell or wireless phone and internet at salvage value for five years following the tower’s construction.

Delegate Larry Rowe, D-Kanawha, asked whether it was constitutional to tax property as salvage value. Brian Casto, counsel for the committee, explained that the state already taxes certain property at salvage value, including airplanes within the state.

“It has not been explicitly forbidden by any ruling of our Supreme Court to do so,” Casto said. “That has not been yet overturned by our court…as of now, it has some presumed validity.”

Additionally, the Broadband Expansion Act would create a “Make-Ready Pole Access” provision. The provision would require electrical companies to study the possibility of using their utility poles to further expand broadband access.

Finally, the expansion act creates the “West Virginia Small Wireless Facilities Deployment Act.” It would allow broadband internet companies to use the state’s existing rights of way and utility poles to place the next generation of wireless and broadband technologies.

Linda Bouvette, staff attorney for the state Public Service Commission, said her agency already has pole attachment authority between two poles. The Broadband Expansion Act would expand the PSC’s authority, and the rules the agency would develop would closely mirror FCC regulations, with any proposed rules being put out for public comment before being implemented.

Terry Eads, director of the Utilities Division at the PSC, said he didn’t see a need for additional staff to manage the new programs created by the act.

“Most of the attachments are generally by bilateral agreements between the various utilities. The phone company will have a joint agreement with a power company for a joint use and sharing agreement,” Eads said.

Delegate Daniel Linville, R-Cabell, is the vice-chair of the committee and the lead sponsor of the bill. He encouraged his fellow lawmakers to support the bill as it proceeds to the next committee and to the House floor.

“The Broadband Expansion Act of 2019 is a tremendous effort after collaboration with all levels of government, interested parties, the internet service providers to expand high-speed internet connectivity for all West Virginians and to position West Virginia as a leader in 5G cellular technology access,” Linville said. “Ladies and gentlemen, I urge passage of this bill here in this committee, in judiciary, on the floor of the House, eventually in the Senate, and I would urge Governor (Jim) Justice to sign this bill.”

The bill also had vocal support from Rowe, though he expressed concern over reducing the tax rate on communications towers to salvage value.

“I think the bill is a step forward, but I’m just concerned about the salvage value on property taxes,” Rowe said. “I just think it’s a slippery slope and we’re doing it more and more.”

Broadband expansion has been a high priority of newly elected House Speaker Roger Hanshaw, R-Clay, going back to when he was first elected in 2014. Last year, Hanshaw was the lead sponsor of HB 3093, which allows communities to create a co-op system to help provide broadband access to rural areas.