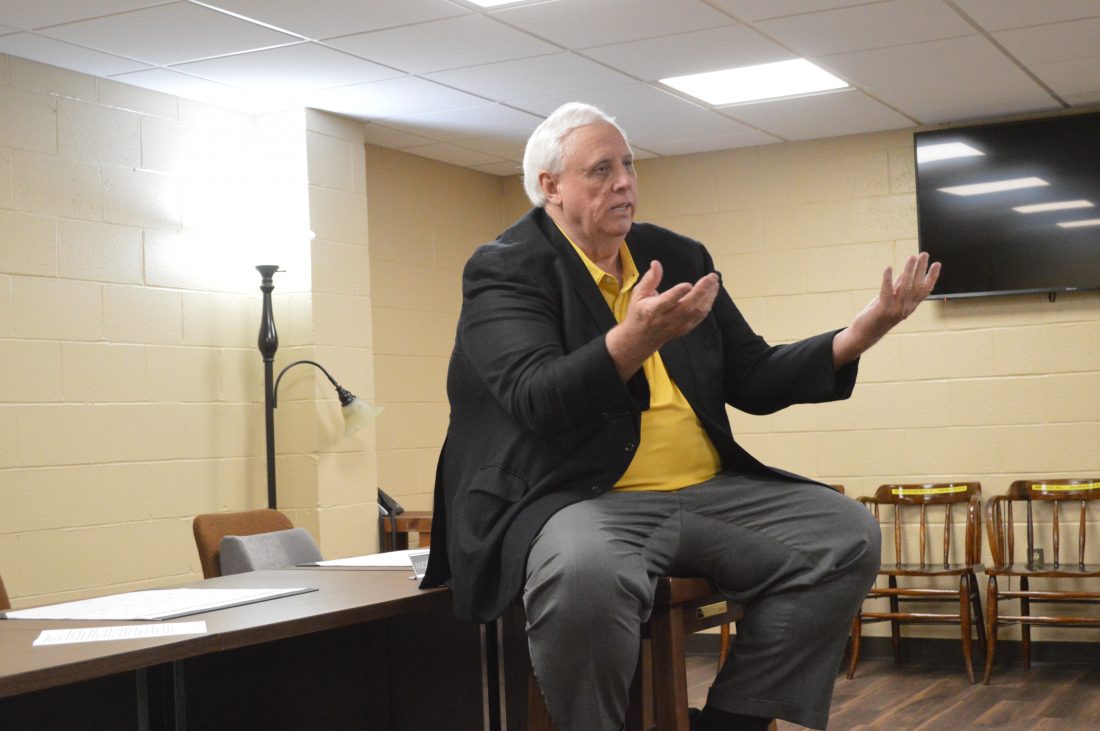 BROADBAND STUDY — Gov. Jim Justice, Monday, announced a $125,000 grant to fund a study on high-speed connectivity and broadband for the area. -- Taryn Linder

WELLSBURG — Brooke and Hancock counties are receiving assistance in the development of broadband internet service in the area.

During a press conference Monday at the Brooke County Courthouse, Gov. Jim Justice announced a $125,000 Community Development Block Grant to fund a joint study for the two counties, looking at opportunities for high-speed internet service.

“The study is to perpetuate high-speed connectivity and broadband,” said Justice.

Officials will use the funds to identify service gaps in the communities.

Justice said broadband is the key to keeping community members here, while also attracting outside businesses and people to the area.

The Community Development Block Grant program is one of the longest running programs of the U.S. Department of Housing and Urban Development.

The grant is one given to states to provide to local governments and is distributed through a need-based formula.

Also at the press conference, Justice heard from local officials with concerns regarding litter.

Ennis asked Justice if he could help the county set up a program with the regional jails.

Justice noted that he probably can do something about the litter issue.

“There has got to be some program we can come up with and we will work on one,” said Justice.

The governor noted that his goals are to attract and keep jobs and people in the counties of West Virginia.

“I just want goodness for the people in our state,” he said.

Other concerns addressed at the press conference Monday included the roads being damaged by large trucks from the gas, oil and coal industries.

Justice said it is difficult to hold companies partially responsible for the roads because of all the people involved.

“The damage to roads by growth is substantial,” said Justice. “And people that are experiencing the growth could participate more. From the state’s standpoint, the growth supposedly is going to net us dollars, so the state should participate more. That’s how different people look at it. People will dive in the ditch and say, ‘we don’t want to attack a company because we are getting the extra jobs and benefits.'”