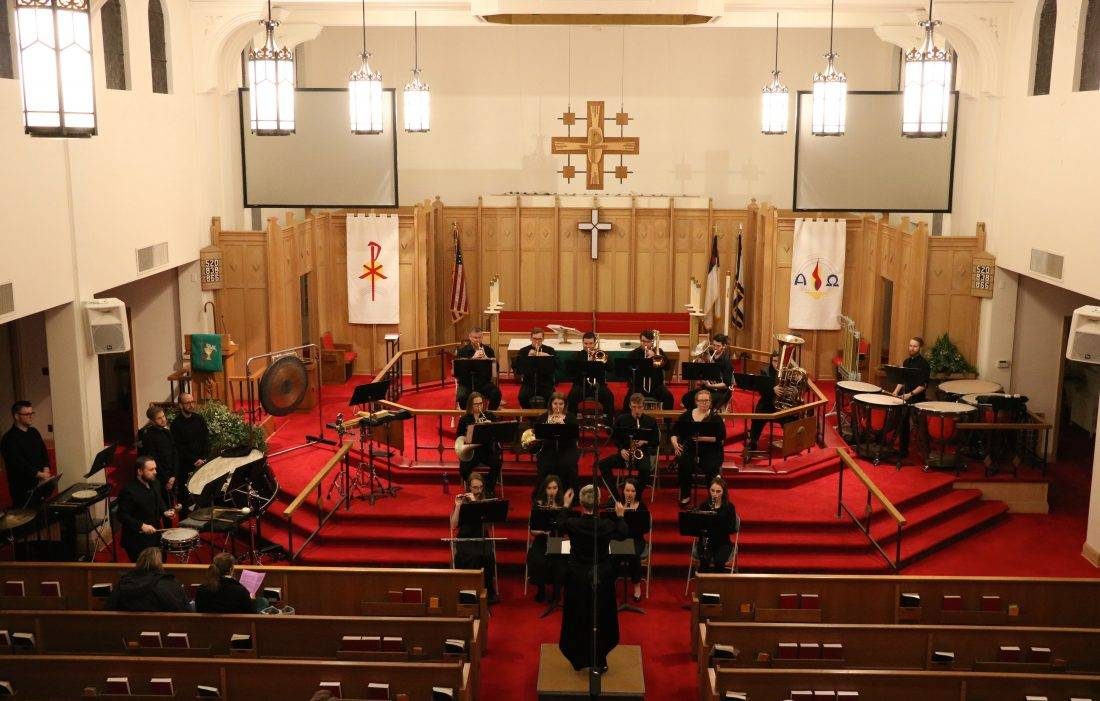 SET TO PERFORM — The West Libery University Wind Symphony and Concert Band will perform their final concert of the spring season Thursday. -- Contributed

WEST LIBERTY — The West Liberty University Wind Symphony and Concert Band will present the final concert of their spring 2019 Concert Series at 6:30 p.m. Thursday at St. Mark Lutheran Church, 141 Kruger St., Wheeling. The concert is free and open to the public.

The musicians are under the direction of Gretchen L. Pohlman, assistant professor of music and director of bands at WLU.

Pohlman joined the college of arts and communication last spring and is a native of Troy, Mo. She recently completed her doctoral degree in philosophy at the University of Missouri, where she worked with athletic bands, and served as co-conductor of the university’s concert band, and guest conductor with the university wind ensemble and symphonic bands.

The West Liberty University music program is accredited by the National Association of Schools of Music and is recognized for its award-winning faculty and staff.