Community comes together to honor law enforcement, both living and deceased 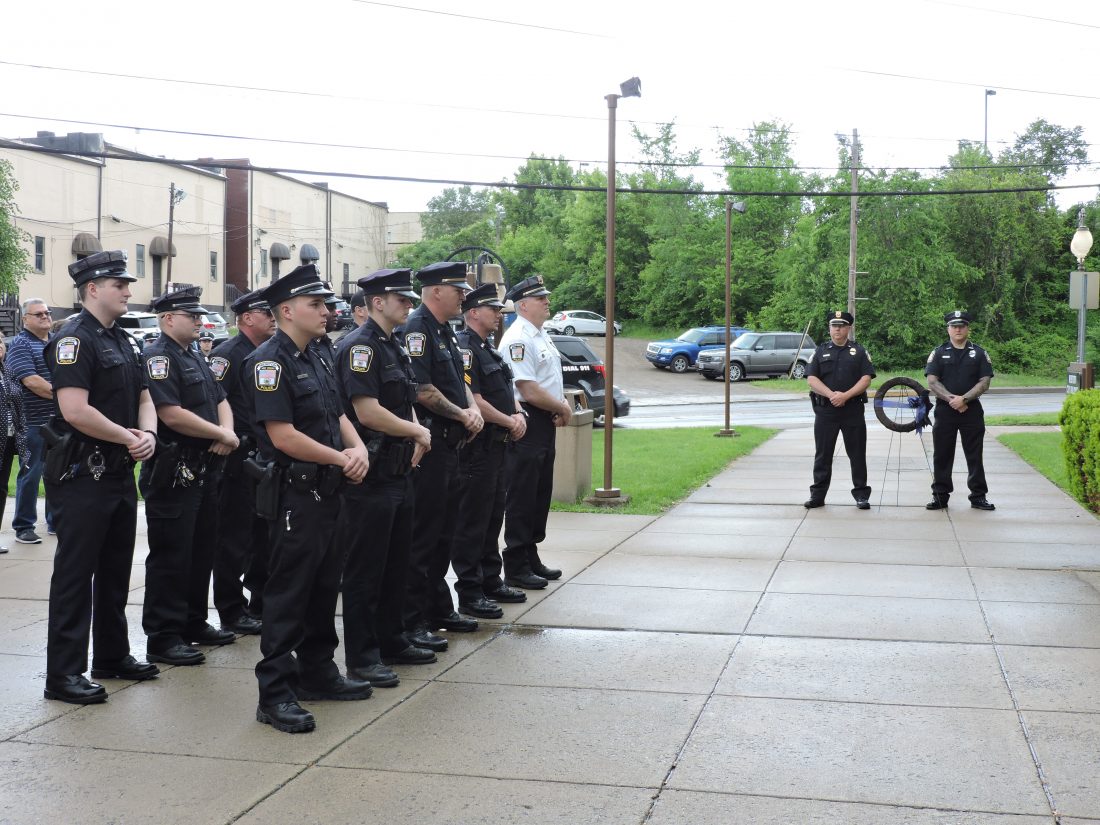 REMEMBERING THE FALLEN — Members of the Weirton Police Department are joined in front of the Weirton Municipal Building Monday morning by city officials and staff in observing the kickoff of National Police Week. -- Craig Howell

WEIRTON — Gathering in front of the Weirton Municipal Building Monday morning, members of the Weirton Police Department, city officials and others paid tribute to those law enforcement officers who have made the greatest sacrifice while protecting their communities.

Noting Weirton has been declared one of the safest cities for three years, Miller said the designation is because of the work of local emergency responders, but added there are small measures all residents can take to help in keeping the community safe.

Explaining his own life had been threatened after becoming mayor, Miller said the installation of the security system at the city building, along with the vigilance of the police department and city staff, prevented the individual from carrying out those threats.

The same vigilance, though, is needed around the clock from law enforcement, the mayor said.

During the service, the Rev. Kendon Alexander, pastor of Impact Church, offered thanks to each individual officer of the Weirton Police Department, calling each by name.

“You do the work we cannot do, in the places we cannot go, with courage we do not have,” Alexander said.

Alexander also offered his thanks to the families of law enforcement officers, especially those who have been lost.

“Our loss as a community is immense, but yours is immeasurable,” he said.

While no Weirton officer has died in the line of duty, Alexander said 163 officers were killed in 2018, with 42 already dying this year.

There have been 22,000 officers killed in service since such statistics have been recorded, he said.