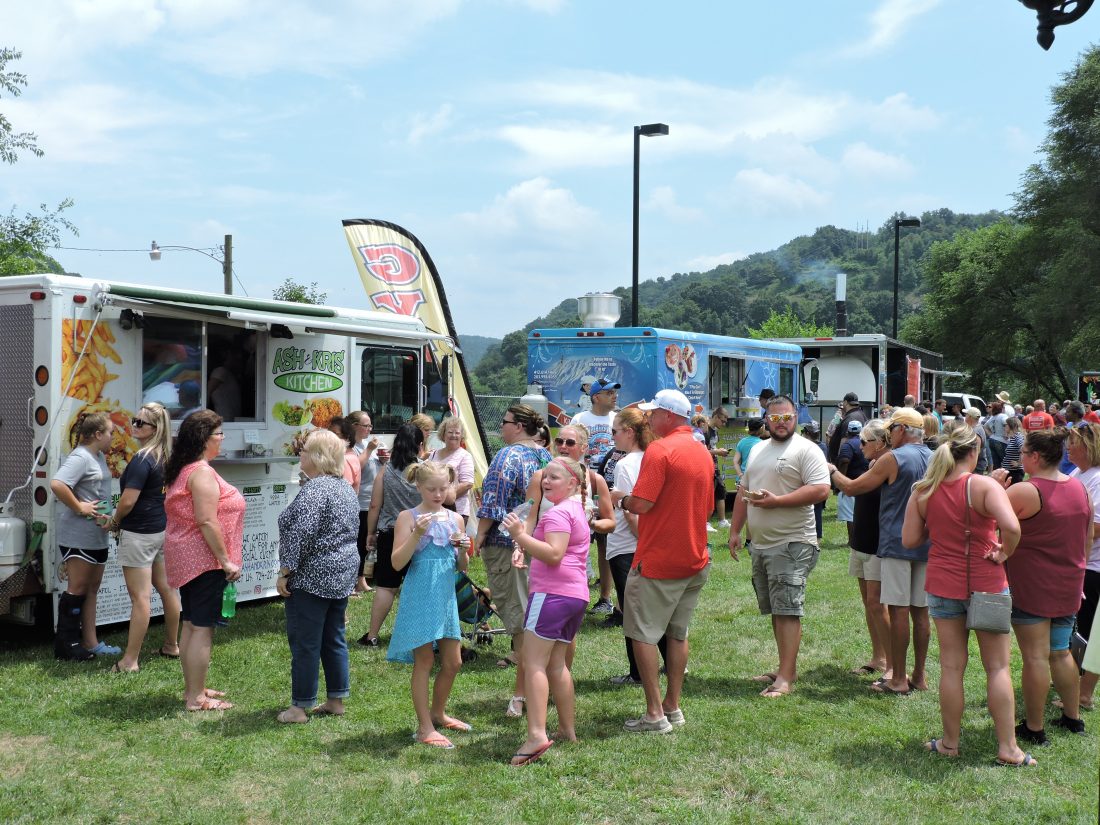 MEALS AND WHEELS — Area residents braved the heat Saturday for the Weirton Food Truck Festival, featuring 11 food trucks and one food cart, at the Weirton Event Center. The event was organized as a fundraiser for the Weir High School Class of 2020. -- Craig Howell

WEIRTON — Despite the high temperatures, area residents showed up Saturday to sample a variety of cuisine from around the world as part of the Weirton Food Truck Festival, hosted by the Weir High Class of 2020.

Attendees were steady throughout the day, according to organizers, who noted there were 11 food trucks and a food cart on site, along with a variety of local vendors selling crafts, beverages, Weir High shirts, face painting and more.

“We planned it as a small event,” explained committee member Michelle D’Amico, noting the group initially thought they might get around six food trucks. “As interest grew, we realized we were going to have to get more.”

The idea came as the parents’ committee for the Class of 2020 was looking to hold a fundraiser.

“I thought, why couldn’t we have one in Weirton,” Fierro said.

“We worked hard to make sure we didn’t have any duplicates,” Fierro said.

Entertainment also was scheduled throughout the day, with Dance by Hillary and Casey Sister’s Dance Studio, along with Autumn Duckworth, DC-Acoustic, Shade Ten, Bobby Pizzoferrato and Route 45 taking the stage at the event center.

Organizers also arranged for Mountain Craft Productions to provide digital media coverage, and thanked all of the volunteers for their assistance.