Trump coming back to Wheeling 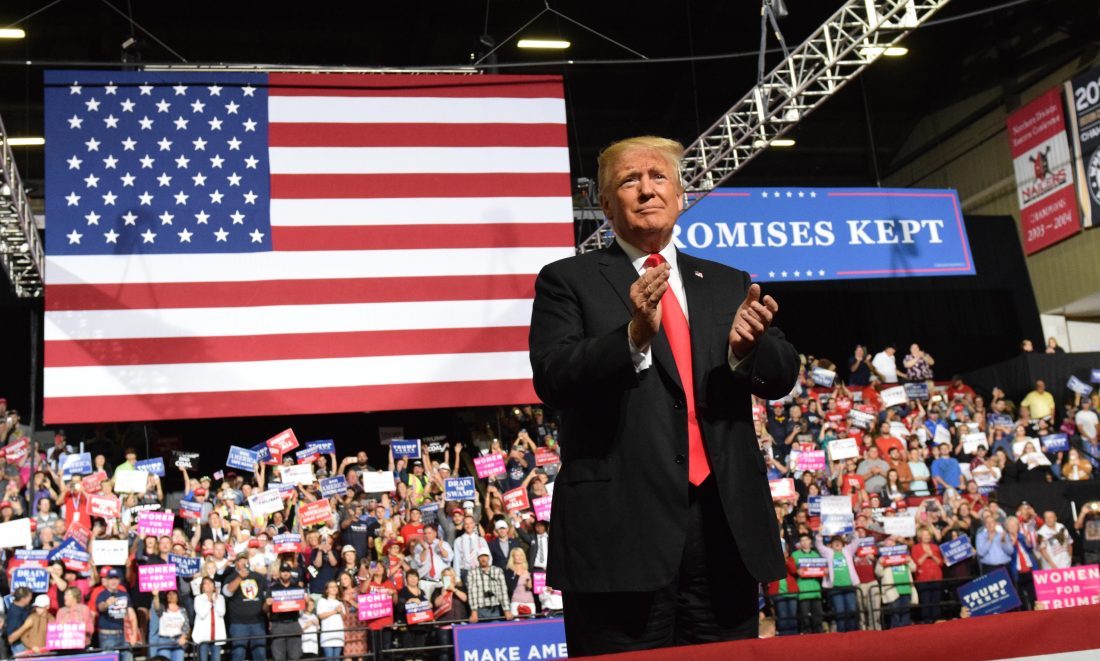 WHEELING — President Donald Trump will make his second visit in less than 10 months to Wheeling, a city he’s shown an affinity for since launching his political career four years ago.

The president is scheduled to attend a private campaign fundraiser at 6 p.m. Wednesday inside WesBanco Arena, although few others details about his visit have been released.

It will be the third time Trump has visited Wheeling in the past three years, including now twice as president.

Wheeling Deputy Police Chief Martin Kimball said he could not divulge details of Trump’s visit, but said people in and around the city should expect intermittent road closures when the presidential motorcade arrives and departs. He asked for motorists to be patient Wednesday if they’re traveling around Wheeling.

“I don’t think they’ll be major,” Kimball said of the closures or rolling roadblocks. “It’s the coming and going where we absolutely have to shut down the highways totally. That will be just long enough to get the motorcade through, so it shouldn’t be long.”

It’s presumed the president will arrive on Air Force One at Wheeling-Ohio County Airport, although his itinerary is not being released by the White House.

Unlike Trump’s previous two visits to Wheeling — once for a campaign rally in June 2016 and again last September as president — this event is not open to the public. State leaders from both West Virginia and Ohio are expected to attend.

The Sept. 29 event last year brought both supporters and protesters of the president to downtown. It’s not known whether there will be a similar response with this week’s visit being a private event rather than a campaign rally, but Wheeling police are expected to once again have a presence in downtown and around the arena.