Union will sue to stop bill 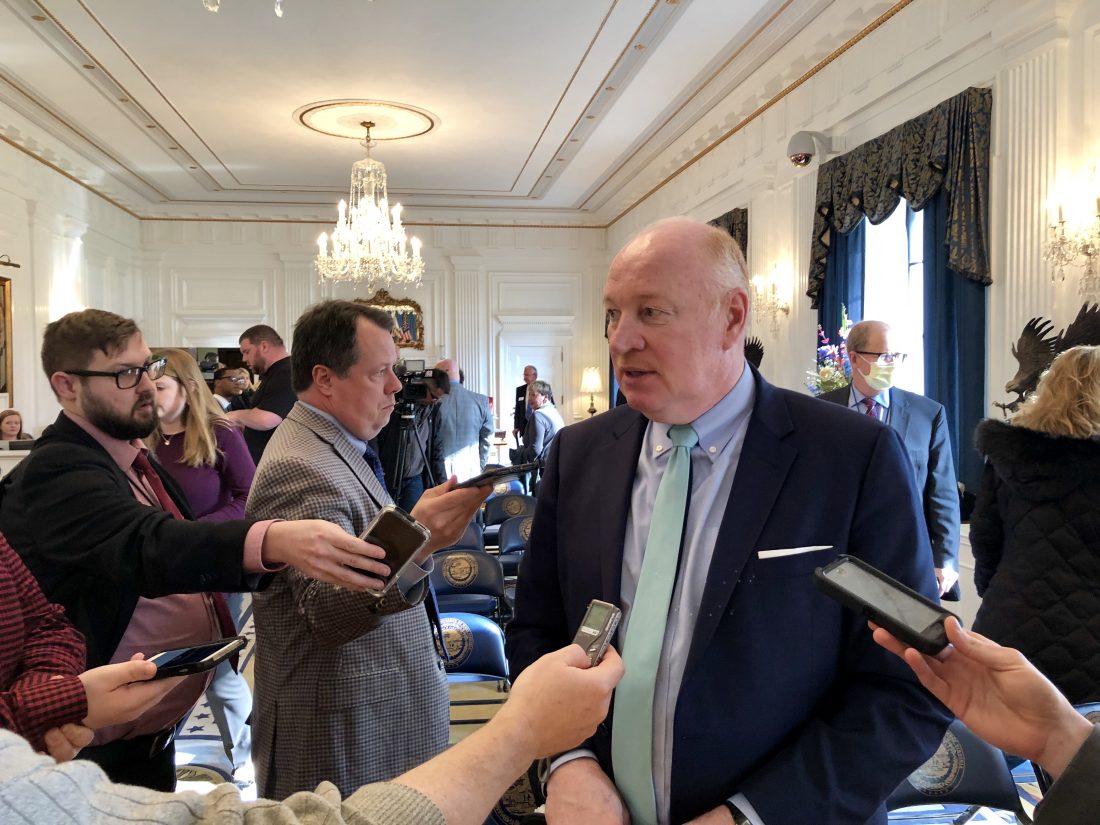 CHARLESTON — The West Virginia Education Association has announced plans to file suit in an effort to block the state’s new education reform law.

According to a press release issued Wednesday, the WVEA sent Attorney General Patrick Morrisey notice of its intention to sue the state to block HB 206, the education reform package passed by the West Virginia Legislature June 24 and signed into law by Gov. Jim Justice June 28.

“While we opposed this legislation on principle, we have always held that HB 206, and all the previous versions of the omnibus education bill, violates the provisions of West Virginia’s Constitution,” said WVEA President Dale Lee.

State code requires all who wish to file suit against the state give a 30-day notice. Lee said the union’s legal team was exploring all the ways they believe the law violates the constitution, but he focused on several issues Wednesday.

“In our intent to sue notice we have listed what we believe are a number of constitutional violations,” Lee said. “Those include: the ‘single object’ provision of the bills; the ‘thorough and efficient’ public education requirement; the establishing of new boards to govern charter schools; the lack of voter approval for a number of things associated with charter schools; and the ‘void of vagueness’ doctrine.”

The “single object” provision prohibits a bill from having more than one object. Supporters of HB 206 have said this provision doesn’t apply since the entire bill is about education. Lee also believes the creation of charter schools creates an independent school district in violation of the constitution. The “void of vagueness” doctrine requires laws to be specific and easy to understand or follow.

Senate President Mitch Carmichael, R-Jackson, said in a statement that he disappointed that the WVEA would take such a drastic action when the law provides more than $177 million in investment in county school systems and teachers.

“While we certainly respect the WVEA’s right to take its grievances with education reform to a court of law, I’m extremely disheartened by this action,” Carmichael said. “The WVEA is an organization that claims to represent the interests of teachers, yet it has now started a process that puts at risk millions of dollars directly to county school systems and a second consecutive year of 5 percent raises to teachers and service personnel.”

Carmichael — one of the architects of Senate Bill 451 during the regular session and Senate Bill 1039, the Student Success Act, during the special session — said the union was letting the charter school provision overshadow the entire law. HB 206 allows for a three-school charter pilot until 2023 should a county school board choose to allow a charter school. Another three charter schools would be allowed after 2023 and three more every three years afterward.

“It’s sad that the obsessive hysteria over the possibility of an elected county board of education authorizing a charter school — two years from now — is enough to completely overshadow the benefits of House Bill 206,” Carmichael said.

Lee said the WVEA will file its suit in Kanawha County Circuit Court as soon as Aug. 7. A spokesperson for Gov. Justice said the office had no comment since a lawsuit had not been filed yet. A request for comment from House Speaker Roger Hanshaw, R-Clay, was not returned.