Club’s last man to be laid to rest 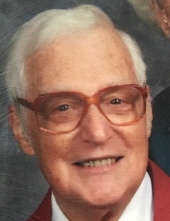 WEIRTON — Julia Clyborn remembers her grandfather, Milton Fabianich, as a “loyal, courageous, loving man, dedicated to his wife and family.”

The last thing he ever wanted to be was, literally, the “last man” of Weirton’s Last Man’s Club of World War II — an organization made up of 96 men who served in the U.S. military between the Japanese bombing of Pearl Harbor in 1941 and the war’s end in 1945.

Formed in March 1956, the club was organized to “preserve their association in that great struggle and to meet each year in renewing those memories and in tribute to those of the membership who shall have answered the Great Roll Call.” Its members were to meet each year “until the last survivor sits down to drink a toast to his departed comrades. For that purpose, a bottle of champagne and a bottle of brandy, both unopened, are passed down from year to year…”

Fabianich, who died Friday at his home surrounded by loved ones, was No. 96. He will be laid to rest today at Chapel Hill Memorial Gardens in Weirton.

“He did not want to be the last one,” said Eva Fabianich, his wife of 72 years.

“That would mean everyone else was gone and he wouldn’t have any of them to be with.”

Clyborn said it weighed on her grandfather.

“It was hard for him, he watched all of the members slowly pass away,” she said. “He never thought, ever, that he’d be the last one to (go). When Johnnie Moore died (in 2012), that was very hard on my grandfather. He didn’t want to have to read all 95 of their names.”

Fabianich was 17 and dropped out of high school to volunteer for the U.S. Army, telling the recruiter he was 18 and old enough to fight for his country.

In a 2016 interview, he told the Herald Star’s Dave Gossett he just “wanted to do my share.”

“And he guarded some of the most notorious (Nazis) at the Nuremberg trials,” she added. “He guarded Hermann Goehring in his cell before his suicide. He had a beautiful paper he brought back with him with all the war criminals and what happened with them. There were some pictures of the military trials where he was standing guard, he was standing there at attention.”

After the war he was employed at Weirton Steel, working as a roller in the tin mill’s Weirlite department.

“He always put his family first,” Clyborn said. “My uncle said he could remember days where he looked like he didn’t want to go do that job and yet he’d go, because it was for his family.”

In 2016, when Fabianich decided to pull the plug on the Last Man’s Club, he told Gossett “there is no joy in being the last man. So many friends have gone on before me. But I will toast the 95 men who were members of this club until I am gone.”

Friends say Fabianich took great pride in his military service and could tell stories about each and every member of the Last Man’s Club.

“I can picture it,” his granddaughter said. “He’s already up there, laughing with his 95 comrades who went before him. I see it being like old times — them showing up, telling stories, seeing old friends.”

A life member of VFW Post No. 2716, Fabianich was a member and past commander of American Legion Post No. 10; and of the Weirton Steel 25 Year Club. In addition to his wife, he is survived by two daughters, a son, five granddaughters and a great-grandson.