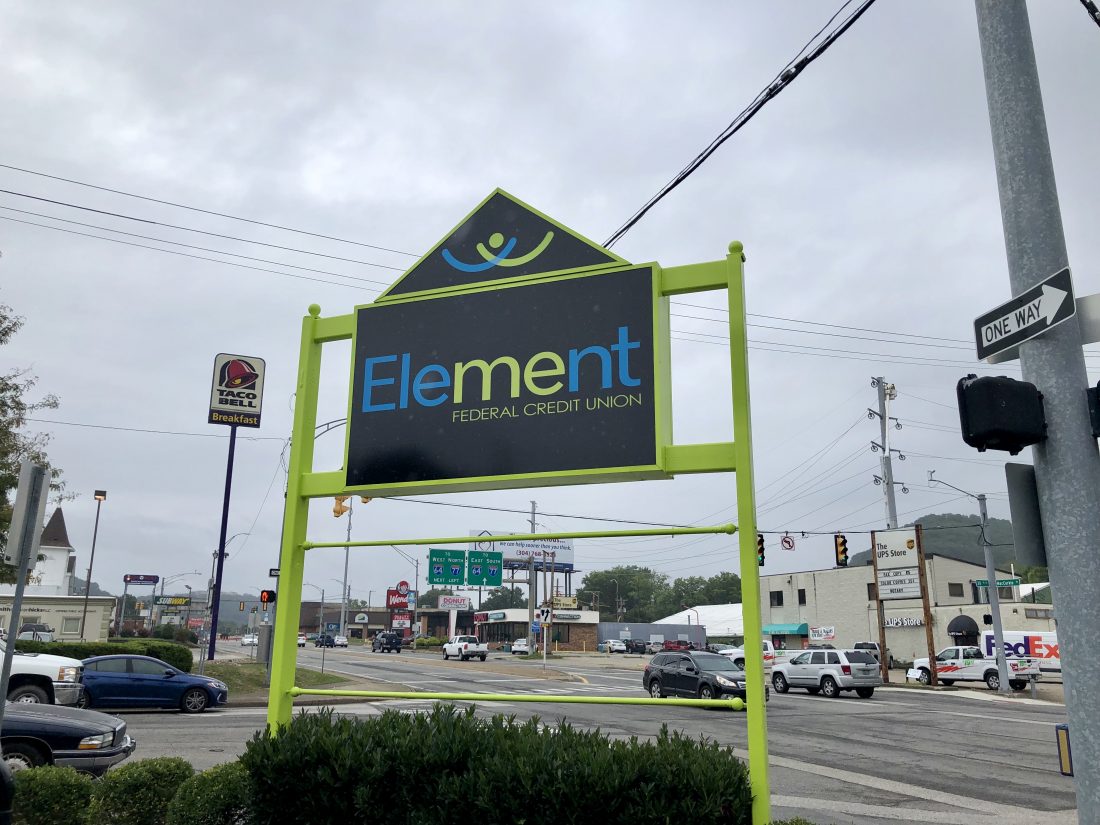 WINNING BID — Element Federal Credit Union of Charleston was selected as the vendor to handle the fees and penalties from the state’s medical cannabis program. -- Steven Allen Adams

CHARLESTON — After restarting the bidding process in June, the West Virginia state treasurer announced Monday the vendor chosen to handle fees and penalties from the state’s medical cannabis program.

Element Federal Credit Union of Charleston is the winning vendor, although bidders have until Tuesday to protest the Notice of Intent to Award filed by the treasurer.

“My staff has worked tirelessly to make this program viable,” said Treasurer John Perdue. “I look forward to awarding this contract and moving forward with a banking process. My main priority is to help people in our state who want this medical option for either themselves or a family member.”

The Medical Cannabis Act has been law in West Virginia since 2017. The act legalizes marijuana for medical use, allowing for prescriptions by pill, oil, topical forms and vaporization or nebulization. It excludes smokable marijuana. It could be used for several ailments, including cancer treatment, post-traumatic stress disorder, seizures, chronic pain and terminal illnesses.

The treasurer’s office ran into issues in 2018 with the banking portion of the law. Federal law prohibits banks insured by the Federal Deposit Insurance Corporation from accepting money generated from illegal drug activity. An advisory opinion issued in January from state Attorney General Patrick Morrisey gave lawmakers the green light to proceed with the Medical Cannabis Program, noting that there have been no federal actions against other states with a similar program.

Not everyone has been pleased with Perdue’s pace in implementing the financial portion of the Medical Cannabis Program. Riley Moore, a former Republican delegate from Jefferson County and a candidate for state treasurer, accused Perdue of dragging his feet.

“I am grateful that Treasurer Perdue has finally selected a vendor for medical cannabis banking services — 783 days after the West Virginia Medical Cannabis Act went into effect,” Moore said in a statement. “If Treasurer Perdue had supported my 2018 bill, which would have allowed credit unions to provide these services, patients would not still be waiting for this program to begin. West Virginians deserve a full-time treasurer, one who works proactively rather than one who only acts when under political pressure. I will bring a modern, transparent and responsive approach to the Treasurer’s office.”

Even with the financial portion on the Medical Cannabis Program in place and the July 1 start date for the program, it’s still not ready for patients to start requesting prescriptions. The state Department of Health and Human Resources is still developing rules and regulations for the program, possibly pushing back the start date by as much as two years.