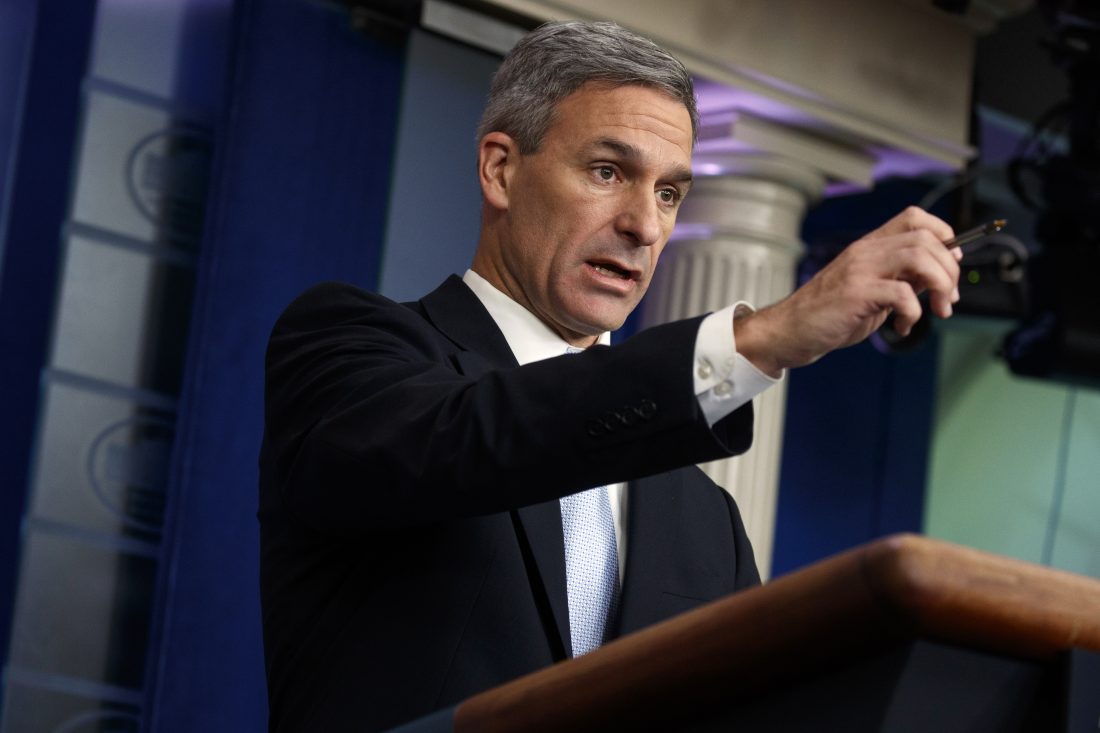 WASHINGTON — The Trump administration announced Monday it is moving forward with one of its most aggressive steps yet to restrict legal immigration: Denying green cards to many migrants who use Medicaid, food stamps, housing vouchers or other forms of public assistance.

Federal law already requires those seeking to become permanent residents or gain legal status to prove they will not be a burden to the U.S. — a “public charge,” in government speak –but the new rules detail a broader range of programs that could disqualify them.

It’s part of a dramatic overhaul of the nation’s immigration system that the administration has been working to put in place, despite legal pushback. While most attention has focused on President Donald Trump’s efforts to crack down on illegal immigration, including recent raids in Mississippi and the continued separation of migrant parents from their children, the new rules target people who entered the United States legally and are seeking permanent status.

Trump is trying to move the U.S. toward a system that focuses on immigrants’ skills instead of emphasizing the reunification of families.

Under the new rules, U.S. Citizenship and Immigration Services will now weigh whether applicants have received public assistance along with other factors such as education, income and health to determine whether to grant legal status.

The rules will take effect in mid-October. They don’t apply to U.S. citizens, though immigrants related to the citizens may be subject to them.

Ken Cuccinelli, acting director of Citizenship and Immigration Services, said the rule change will ensure those who come to the country don’t become a burden, though they pay taxes.

“We want to see people coming to this country who are self-sufficient,” Cuccinelli said. “That’s a core principle of the American dream. It’s deeply embedded in our history, and particularly our history related to legal immigration.”

Migrants make up a small percentage of those who get public benefits. In fact, many are ineligible for such benefits because of their immigration status.

Immigrant rights groups strongly criticized the changes, warning the rules would scare immigrants away from asking for needed help. And they voiced concern the rules give officials too much authority to decide whether someone is likely to need public assistance in the future.

The Los Angeles-based National Immigration Law Center said it would file a lawsuit, calling the new rules an attempt to redefine the legal immigration system “in order to disenfranchise communities of color and favor the wealthy.”

And David Skorton, president and CEO of the Association of American Medical Colleges said, “The consequences of this action will be to potentially exacerbate illnesses and increase the costs of care when their condition becomes too severe to ignore,”

“This change will worsen existing health inequities and disparities, cause further harm to many underserved and vulnerable populations and increase costs to the health care system overall, which will affect all patients,” he said in a statement.

Cuccinelli defended the move, insisting the administration was not rejecting long-held American values.

Pressed on the Emma Lazarus poem emblazoned below the Statue of Liberty that reads: “Give me your tired, your poor, your huddled masses yearning to breathe free,” he told reporters at the White House: “I’m certainly not prepared to take anything down off the Statue of Liberty.”

A new Pew Research Center survey released Monday found the American public is broadly critical of the administration’s handling of the wave of migrants at the southern border, with nearly two-thirds of Americans — 65 percent — saying the federal government is doing a very bad or somewhat bad job. The survey found broad support for developing a pathway to legal status for immigrants living in the country illegally.

On average, 544,000 people apply for green cards every year, with about 382,000 falling into categories that would be subject to the new review, according to the government. Guidelines in use since 1999 refer to a “public charge” as someone primarily dependent on cash assistance, income maintenance or government support.

Under the new rules, the Department of Homeland Security has redefined a public charge as someone who is “more likely than not” to receive public benefits for more than 12 months within a 36-month period. If someone uses two benefits, that is counted as two months. And the definition has been broadened to include Medicaid, housing assistance and food assistance under the Supplemental Nutrition Assistance Program, or SNAP.

Following publication of the proposed rules last fall, the Homeland Security Department received 266,000 public comments, more than triple the average number. It made a series of amendments to the final rules as a result.

For example, women who are pregnant and on Medicaid or who need public assistance will not be subject to the new rules during pregnancy or for 60 days after giving birth. The Medicare Part D low-income subsidy also won’t be considered a public benefit. And benefits received by children until the age of 21 won’t be considered. Nor will emergency medical assistance, school lunch programs, foster care or adoption, student loans and mortgages, food pantries, homeless shelters or disaster relief.

Active U.S. military members are also exempt, as are refugees and asylum seekers. And the rules will not be applied retroactively, officials said.

Green card hopefuls will be required to submit three years of federal tax returns in addition to a history of employment. If immigrants have private health insurance, that will weigh heavily in their favor.

According to an Associated Press analysis of census data, low-income immigrants who are not citizens use Medicaid, food aid, cash assistance and Supplemental Security Income, or SSI, at a lower rate than comparable low-income native-born adults.

The new public assistance threshold, taken together with higher requirements for education, work skills and health, will make it more difficult for immigrants to qualify for green cards, advocates say.

“Without a single change in the law by Congress, the Trump public charge rules mean many more U.S. citizens are being and will be denied the opportunity to live together in the U.S. with their spouses, children and parents,” said Ur Jaddou, a former Citizenship and Immigration Services chief counsel who is now director of the DHS Watch run by an immigrant advocacy group. “These are not just small changes. They are big changes with enormous consequences for U.S. citizens.”