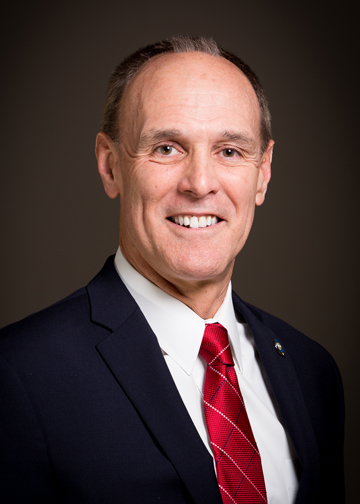 CHARLESTON — After coming close to eliminating a $15 million fund for greyhound racing in 2017, Senate President Mitch Carmichael, R-Jackson, said it’s time for the Legislature to give it another try.

Speaking by phone Wednesday, Carmichael said he would bring another bill during the 2020 legislative session starting in January to eliminate the Greyhound Breeding Development Fund — a $15 million pot of money that some consider a subsidy that props up a slowly dying industry.

“When one talks about $15 million that could otherwise be used for vital water and sewer projects, road repairs, education initiatives, those type of things, I think it, from a priority perspective of budgeting, the subsidization of greyhound racing should be near last in terms of priorities,” Carmichael said. “It should be no priority.”

“West Virginia is the last state in America to both sanction and subsidize this industry,” Carmichael said. “When we’re out of line with the rest of America, that’s what causes problems in our state. We have so many opportunities and so many great advantages in our state when we put ourselves in line with the mainstream of America.”

In 2017, the Legislature passed Senate Bill 437, discontinuing the state Greyhound Breeding Development Fund, managed by the West Virginia Racing Commission. It would have transferred the $15 million — collected from a percentage of wagers — to the Excess Lottery Revenue Fund for distribution by the legislature. A small percentage of the $15 million would have been put into a fund for greyhound adoption programs.

Senate Bill 437 passed the state Senate 19-15 mostly along party lines, with the House of Delegates voting 56-44 in favor of the bill. But Gov. Jim Justice, then a Democrat, vetoed the bill in a ceremony at Wheeling Island April 8, 2017.

“If we get rid of greyhound racing it will mean job losses and fewer people coming to West Virginia,” Justice said at the time. “Eliminating support for the greyhounds is a job killer and I can’t sign it. The last thing we need to do is drive more people out of West Virginia. We can’t turn our back on communities like Wheeling that benefit from dog racing.”

According to the West Virginia Kennel Owners Association, the greyhound industry, both directly and indirectly, employs more than 1,700 people in the state. Carmichael believes the number of jobs affected by the possible end of greyhound racing in West Virginia is much smaller.

“I question the number,” Carmichael said. “I’ll be shocked if there’s that many jobs. I’d be completely shocked.”

According to the state Racing Commission, Mardi Gras saw a 5 percent increase in live wagers between 2016 and 2017, from $3.3 million to $3.5 million. Wheeling Island, however, saw a 6 percent drop in live wagers during the same time period, from $10.8 million to $10.1 million.

Steve Sarras, president of the state Kennel Owners Association, worries about the ripple effect pulling the $15 million Greyhound Breeding Development Fund would have on the industry, but particularly the Ohio Valley which is losing more than 730 jobs with the closure of the Ohio Valley Medical Center.

“You can’t just sit there and say, hey, we’re going to just get rid of this, because no one knows how it’s going to expand or what the ripple effect is going to be,” Sarras said.

“Why you would try to potentially devastate the Ohio Valley,” Sarras asked. “Because property values, TIF funds, pensions: they’re all directly tied into the value of Wheeling Island’s property there at the track. It’s not just something simple…there’s a lot of people that benefit from those gaming dollars.”

Sarras said his industry works hard to take good care of the greyhounds, including finding the dogs good homes. Any claim of animal abuse is investigated, with the abuser being banned from the sport. But Sarras said he sees more instances of greyhounds being treated well, with access to veterinarians.

“These dogs are well taken care of,” Sarras said. “If you go in and look at any type of kennel or you go to the track, you’ll see dogs that are happy and wagging their tails. They’ve been very well socialized. They make wonderful pets.”

Carmichael said he is working now to garner support for the bill, including from Gov. Justice who vetoed the 2017 bill.

“I’m trying to build support for the initiative,” Carmichael said. “I think that the people of West Virginia will — through their elected representatives and the Governor’s Office — make their voices heard that we don’t want $15 million to go to subsidize greyhound racing. We have other uses for that money.”

(Adams can be reached at sadams@newsandsentinel.com)