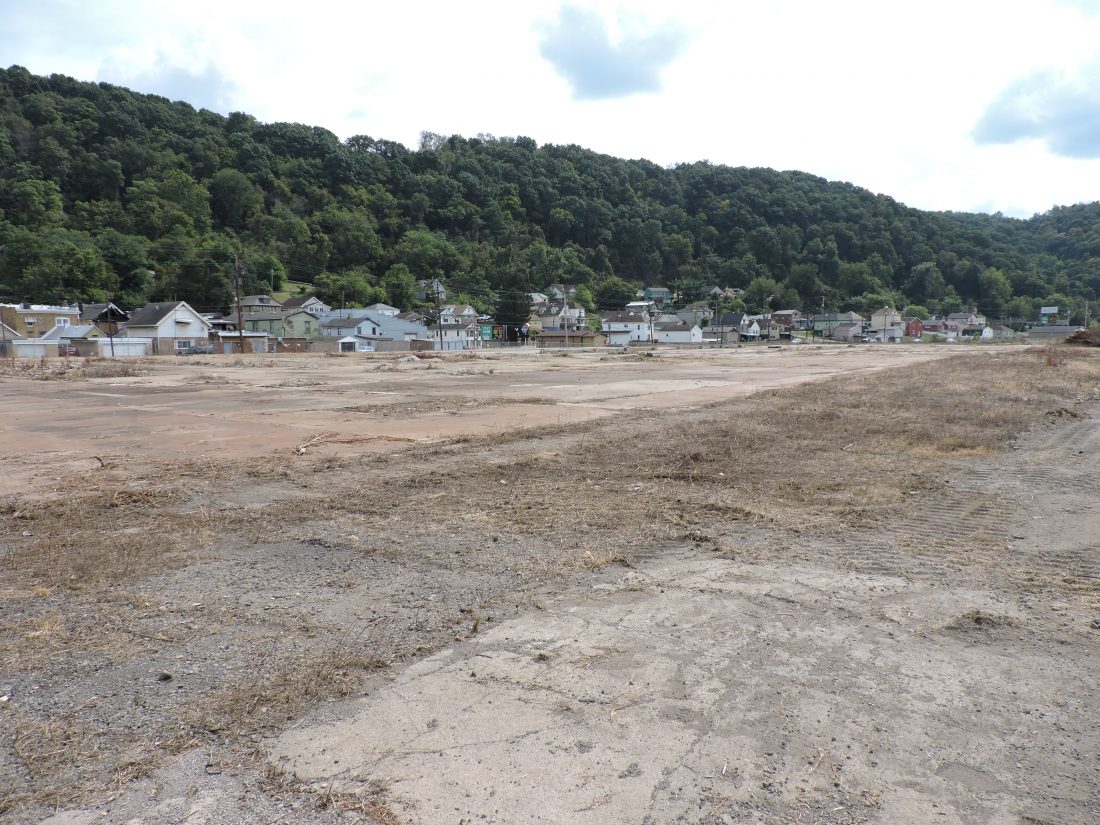 FOLLANSBEE — A former industrial site in the heart of Brooke County is heading toward a new future, while also bringing a local economic development agency full circle.

Luke Diserio, owner of American Muscle Docks, and the Business Development Corp. of the Northern Panhandle announced Tuesday they are finalizing an agreement on the southern portion of property, once home to Follansbee Steel.

“I’m leasing to purchase the property,” Diserio explained, while standing on the land located south of State Street Tuesday afternoon.

The BDC acquired the property almost three years ago from the Berkman Co., for approximately $1.3 million, with funding in the form of a loan from the West Virginia Economic Development Authority.

“We had always had our eye on it,” BDC Assistant Director Marvin Six said. 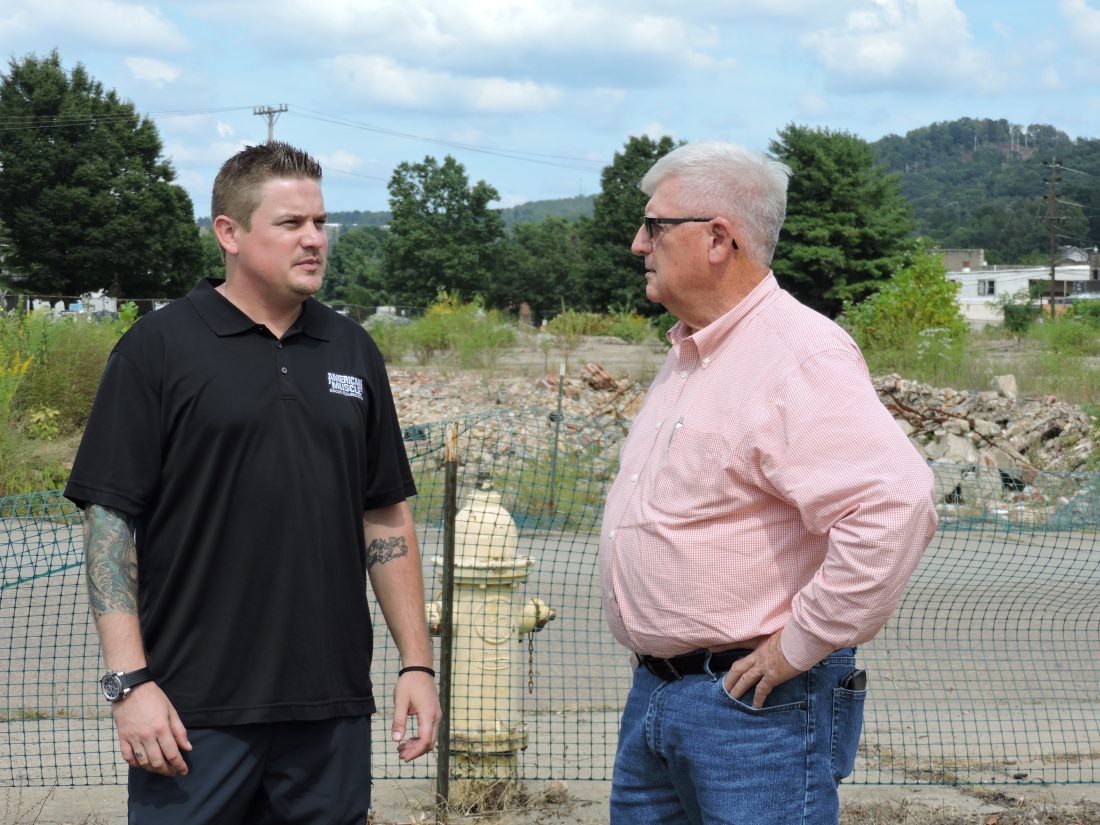 Diserio explained he is developing a five-year plan, with the idea of short-term leasing to other businesses, possibly in the oil and gas industry, who may be in need of a storage site or lay-down yard.

In the meantime, he noted his businesses, American Muscle Docks and its spin-off American Energy Fabrication, are growing and will be in need of additional space.

“It has riverfront, is accessible to rail and it’s flat land,” Diserio said.

The site also has some sentimental value for Diserio as it previously had been the operational center of Follansbee Dock Systems, which his father once managed.

That purchase, as it turns out, also was the first business transaction conducted by the BDC under Ford’s tenure, he said. Further, Ford explained, the site is the last brownfield location under the BDC’s management to obtain a new responsible owner with plans for redevelopment.

“We’ve been waiting for the right fit,” Ford said, noting the land is among the final vacant, intact sites located between the Ohio River and state Route 2.

Pointing to Diserio’s local roots and his willingness to stay in the Ohio Valley to start and grow his business, Ford said it was only appropriate for the opportunity to move forward.

“We could not be more excited,” he stated.

Diserio expressed appreciation to his family and employees for their support as he started his businesses and as he looks to grow, and thanked both Ford and Six for their efforts to assist him over the years.

“They are one of the only groups that follow up on their promises,” Diserio said.

While Diserio is taking over the southern portion of the former Follansbee Steel property, the northern part of the site previously was purchased by Wheeling-Nisshin.