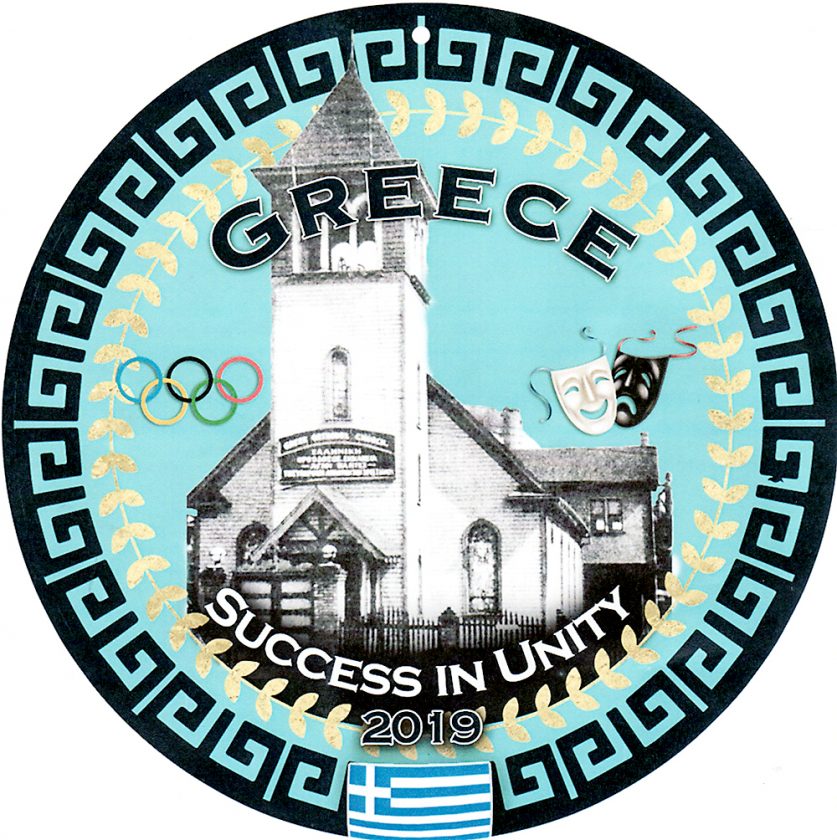 UNITY — The 2019 Success in Unity ornament, offered through Renaissance Weirton, was unveiled this week, celebrating the Greek heritage of the Weirton community. -- Contributed

WEIRTON — The city of Weirton continues building its tradition of celebrating the community’s cultural heritage as part of the holiday season.

The 2019 Success in Unity Christmas ornament was unveiled earlier this week, and will be available for purchase or order during the city’s Light the Night event Nov. 23.

“This year, it’s the Greece ornament,” Mayor Harold Miller said, noting the theme was selected during the Festival of Nations held in March.

Production of the ornament has been sponsored by Nathan Mazur USI, with the ornament available at a cost of $10 each.

This will be the third year for the ornament series, which began in 2017 as a way to celebrate the City of Weirton’s 70th anniversary and the various cultural and ethnic backgrounds of the community’s residents.

The ornament was designed with guidance of members from All Saints Greek Orthodox Church, and features a picture of the community’s original Greek church, the Olympic rings and theatrical masks paying tribute to the origins of the Olympic Games and theater in Greece.

In addition to this year’s ornament, some copies of previous years’ ornaments also are available at a cost of $5 each. The Series 1 ornament depicts the outline of the city of Weirton, while the Series 2 ornament pays tribute to Scotland.