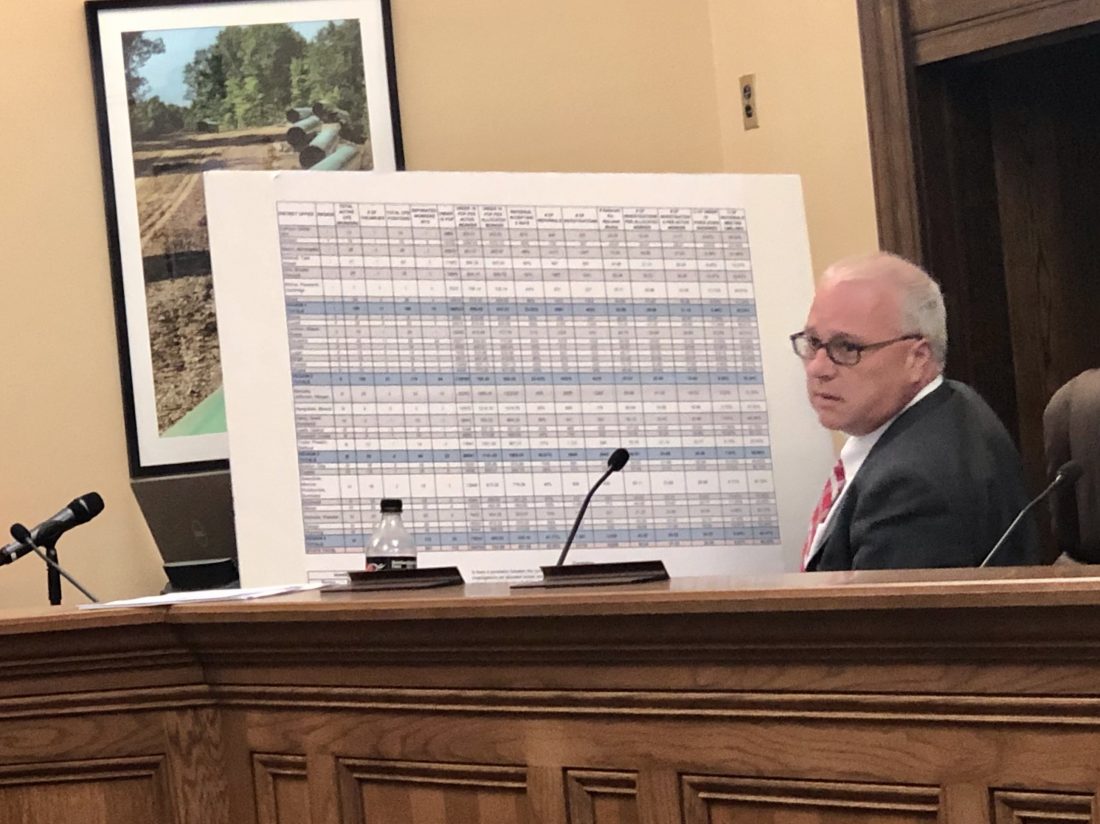 CHARLESTON — The agency charged with investigating abuse and neglect cases involving children is having issues keeping up with increased caseloads as the opioid crisis continues.

Lawmakers on the Post Audits Subcommittee heard a report Tuesday from the Legislative Auditor’s Office on Child Protective Services, an agency within the West Virginia Department of Health and Human Resources.

Protective Services is charged with investigating all reports of abuse and neglect of children and provides counseling to children and families, connects families to state resources, places children in foster care, finds permanent homes for children and helps adult children transition out of foster care.

According to the audit, the agency is unable to meet statutorily required timeframes for investigating abuse and neglect cases. In 2018 cases, Child Protective Services was only able to meet the timeframes 50 percent of the time.

Child Protective Services cited several factors, such as not being able to locate family members, not having complete information for where family members are and staffing issues.

“Whenever a report of child abuse is received, West Virginia Code dictates that within 14 days there shall be a face-to-face interview with the child or children,” said Melissa Bishop, assistant director for the Post Audit Division at the Legislature. “Based on the reported response rates for federal fiscal year 2018 CPS met the required timeframe for a face-to-face meeting approximately 50 percent of the time.”

Much of the staff turnover is due to the opioid crisis, prescription drug abuse and heroin addiction, officials said. Since 2015, caseloads for Child Protective Services workers involving substance abuse referrals increased by 79 percent. Substance abuse has led to a 67-percent increase in foster placements between 2011 and 2019 and there are 6,996 children in foster care as of October.

“This is something I’ve looked at for a very long time,” said Delegate Gary Howell, R-Mineral. “I’m really concerned about the caseload of CPS workers based on the under-18 population.”

Senate President Mitch Carmichael, R-Jackson, wondered whether instead of requiring a bachelor’s degree if the Department of Health and Human Resources could require a two-year degree instead and use Senate Bill 1, passed at the beginning of the year, to help train potential workers.

“It just occurred to me all…that we’ve got this community and technical college bill,” Carmichael said. “I’m not minimizing the concept of having a bachelor’s degree as much as I’m just exploring the option to say is an associate degree…maybe something we ought to explore, because it’s clear to me that you don’t have enough employees.”

Cammie Chapman, associate general counsel for Health and Human Resources, told the committee Tuesday that the department agrees that changes need to be made to how it follows up with employees to ensure their licenses are up-to-date. She also said that background checks for Bureau of Children and Families employees would be handled by the department’s Clearance for Access: Registry & Employment Screening program, C.A.R.E.S., to ensure all social worker employees go through background checks.

“(C.A.R.E.S.) is a division of the Office of inspector General that’s under DHHR and they handle background checks for folks dealing with our Medicaid folks, our child placing agencies, and residential treatment facility providers,” Chapman said. “Starting at the beginning of the year, the Bureau for Children and Families will now begin using West Virginia C.A.R.E.S.”