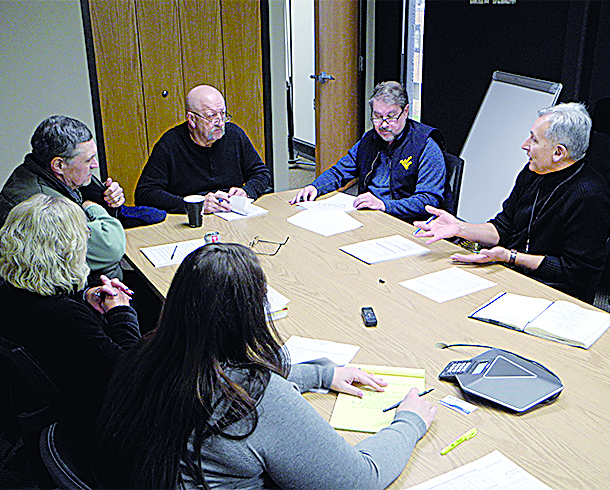 WEIRTON — Pending approval by city council, Weirton might hire an assistant city manager to oversee day-to-day city operations when the city manager is away or unable to.

On Wednesday the city’s finance committee agreed to recommend the addition suggested by City Manager Joe DiBartolomeo. At its next regular meeting at 7 p.m. Monday, council will consider advertising the position, which would be filled by DiBartolomeo.

Third Ward Councilman Fred Marsh, who serves on the committee, said the person serving in that capacity would not necessarily succeed the city manager, should he or she resign, noting that position is filled through council’s appointment.

DiBartolomeo said his main concern is for an administrator to be in the office when he is ill, on vacation or on trips to pursue economic development for the city.

He noted the establishment of new businesses and other development will mean more revenue.

“The more (development) we get in, the more we can do,” DiBartolomeo told the committee.

He said the position could be filled by DeeAnn Pulliam, the city manager’s administrative assistant and city clerk who served as interim city manager following the departure of Carlo Pilgrim.

But he added Mayor Harold Miller and others on council had encouraged him to advertise so applicants outside the city might be considered.

In other business, the committee recommended payment of the following expenditures:

¯ $30,119 to Stephens Auto Center of Danville, W.Va., for a 2020 Ford F250 truck for use by the sanitation department’s crew chiefs and for the city’s spring and fall cleanups and $4,740 for a dumper insert for the department.

¯ $2,992 to Justice Business Service of Parkersburg for the removal of asbestos from a structure at 317 Howard St.

¯ $1,974 to Astar Abatement Inc. of Sissonville for the removal of asbestos from a structure at 3623 West St.

¯ $1,200 to Pulice Construction of Weirton for the removal of a detached garage at 59 Liberty Ave.

The latter three expenses are related to actions by the city’s building enforcement board.

The finance committee set its next meeting for 10:30 a.m. Jan. 8 at the Weirton Municipal Building.