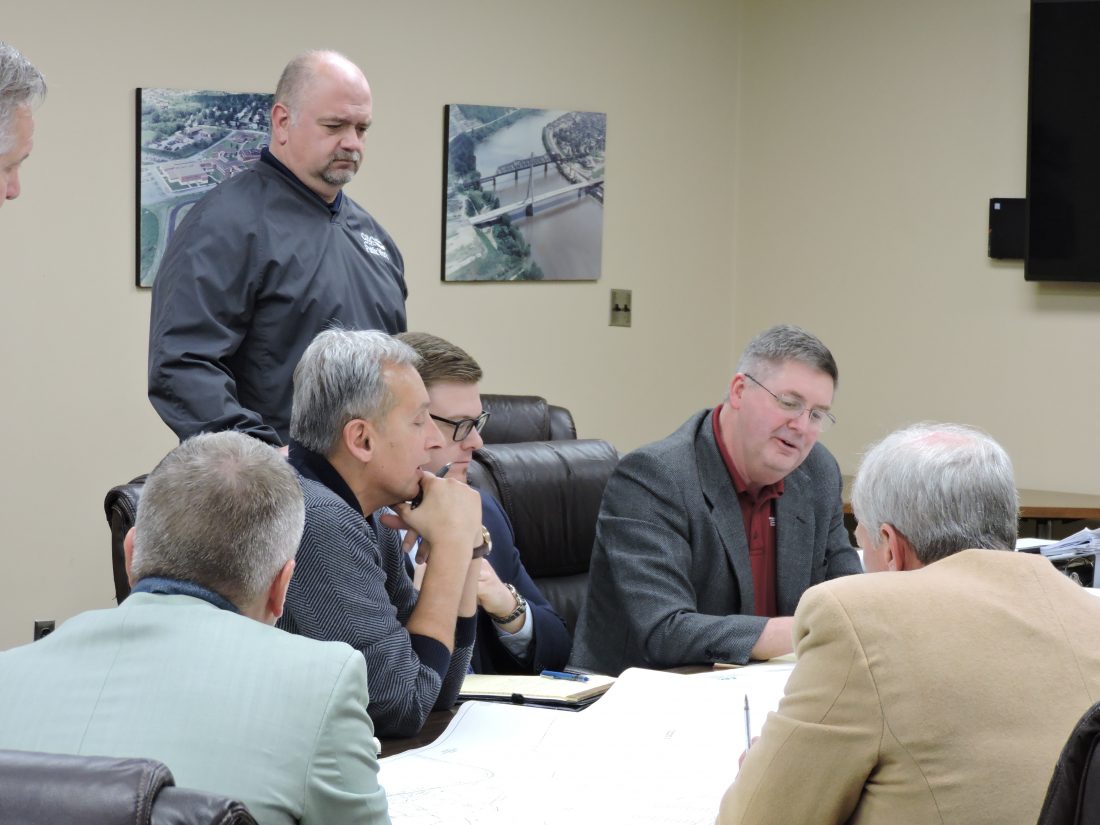 Representatives of the City of Weirton, developers, property owners and others met Friday for an update on the Park Drive development project, setting up a possible timeline for the early phases of construction. -- Craig Howell

WEIRTON — A commercial and residential development along Park Drive in the city is moving forward.

As part of a meeting held Friday at the Weirton Municipal Building, representatives of McKinley and Associates, Terradon Engineering, the Business Development Corp. of the Northern Panhandle, Park Drive Development LLC and the City of Weirton discussed the long-proposed project and mapped out a timeline for its early phases.

“This is a big piece of the future of the city,” Weirton City Manager Joe DiBartolomeo said.

The project was launched in January 2018 when the BDC acquired 72 acres of land within the Three Springs Business Park from Park Drive Development, with plans for a multi-million-dollar development. The main entrance would be located on Park Drive, across from the Wal-Mart Supercenter, with the streetscape portion including the installation of new sidewalks, roadways into the development and utilities.

Eric Frankovitch, of Park Drive Development, noted the various entities have been working cooperatively on development of the plans.

“It’s our project, together,” Frankovitch said.

Projections following Friday’s meeting show groundbreaking for the infrastructure portion of the project taking place sometime in either May or June.

The first phase would subdivide the project area into six parcels

“We’ve got to work through a few things before getting subdivisions,” Greg Fox, of Terradon, said.

Fox said he anticipates having preliminary plans completed and ready for review by the city by the end of January, which, following review and a 30-day advertisement period, would allow it to go before the city’s Planning Commission in early March.

Once final plans are completed and approved, the project would go out to bid, which could be completed sometime in April.

The completed first phase of the development would include four retail buildings, with discussions of residential opportunities on upper floors of the buildings.