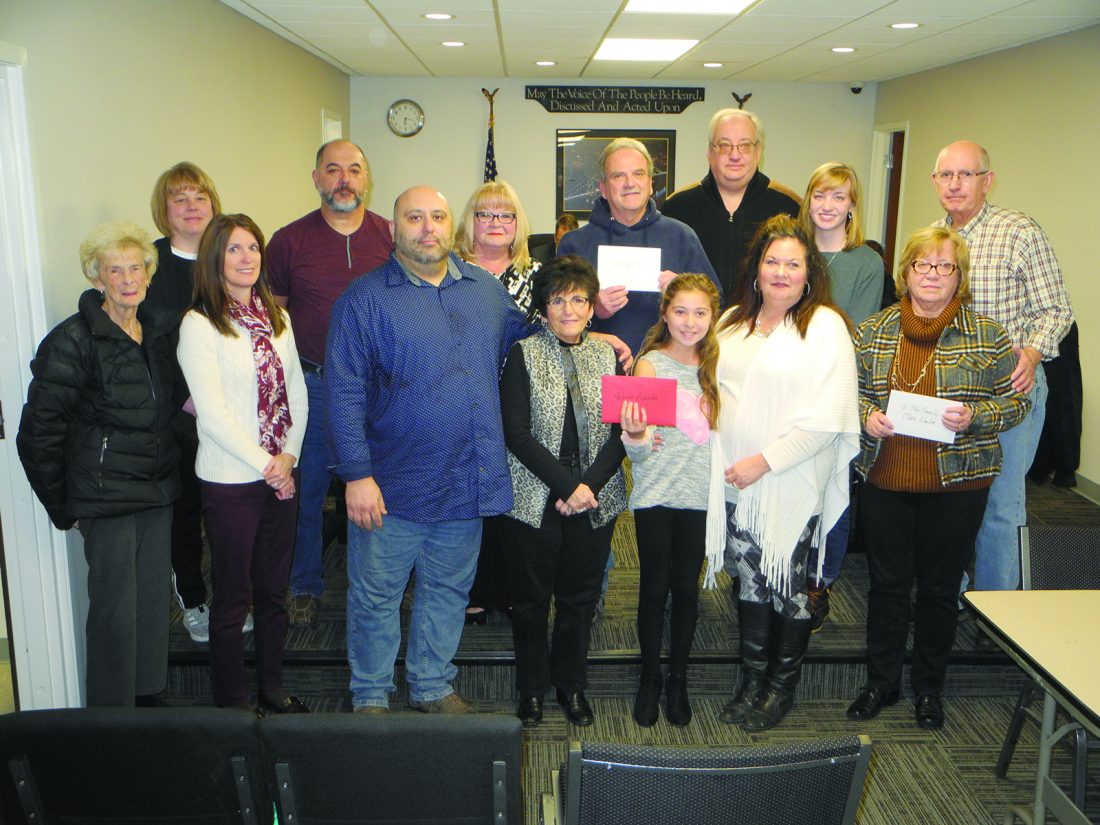 A TIME FOR GIVING — On Monday the Follansbee Christmas in the Park committee shared proceeds from the event with the Follansbee R.E.A.C.H. Program and the family of Arianna Pinacchio, a local girl with diabetes; and announced two scholarships will be awarded in memory of long-time member Christine “Chris” Weiler. On hand were, from left, front: committee members Nina Meca and Dana Johnson; Franco Pinacchio, Arianna’s father, Barb Matello, Arianna, her mother, Renee; and Jo Ann Howell, Chris’ mother; and back: committee member Stacey Williams, co-chairs Bill Secrist and Kathy Santoro; Bill Kocher, R.E.A.C.H. board member; Eric and Johanna Weiler, Chris’ husband and daughter; and Ted Howell, Chris’ stepfather. -- Warren Scott

FOLLANSBEE — Kathy Santoro, co-chair of the Follansbee Christmas in the Park committee, has often said key to the Christmas season is a spirit of giving so it’s appropriate to share proceeds from the festival with others.

“When we look on the faces of the people we have helped — that’s what it’s all about,” she said.

And at Monday’s Follansbee Council meeting, she, co-chair Bill Secrist and other committee members presented $3,000 each to the Follansbee R.E.A.C.H. Program and the family of Arianna Pinacchio, a local girl with diabetes; and announced two $1,000 scholarships to be presented in honor of long-time committee member Christine “Chris” Weiler.

Santoro noted Weiler was a member of the committee when the festival began 17 years ago and often lent her artistic talent in various ways, including creating the twin toy soldiers that stand guard over the drawing table and one year, a large dollhouse.

“She always jumped in whenever she was needed,” she added.

Santoro noted it was only in more recent years, as Weiler battled amyotrophic lateral sclerosis — also known as Lou Gehrig’s disease — that her involvement lessened. Weiler died on Feb. 21 at the age of 53.

A science teacher at Follansbee Middle School for 10 years, Weiler and her husband, Eric, have two daughters, Sydney and Johanna. Her mother and stepfather, Jo Ann and Ted Howell, also were on hand for the announcement.

“Bill and I felt this would be a great tribute to her,” said Santoro.

Since the Christmas-themed fall festival was established, the committee has shared proceeds from it with various charities and a local youth with special medical needs.

Since Christmas in the Park began, the Follansbee R.E.A.C.H. Program has been among its benefactors. Leaders of the local, volunteer-run food pantry estimate it has provided food to more than 140,000 households over the last 47 years.

Santoro said Pinacchio, the daughter of Franco and Renee Pinacchio, has endured more than the average 10-year-old.

Diagnosed with Diabetes Type I last year, she must check her blood sugar level 15 times a day and her insulin before each meal, but she hasn’t allowed that to interfere with cheering and other school activities, said Santoro.

She said this year’s event had a few more drawings than usual, with chances sold for a Yeti cooler package and a holiday gift basket as well as a Steelers ticket package, a basket containing items donated by each of the festival’s vendors and a 50-50 drawing.

Prizes for the first three drawings were donated anonymously.

Santoro said the success of the fall festival can be attributed to its small but hard-working volunteer committee, its many vendors, city crews who help to prepare and clean up Follansbee Park, where it is held; and city officials who allow it to be held there. 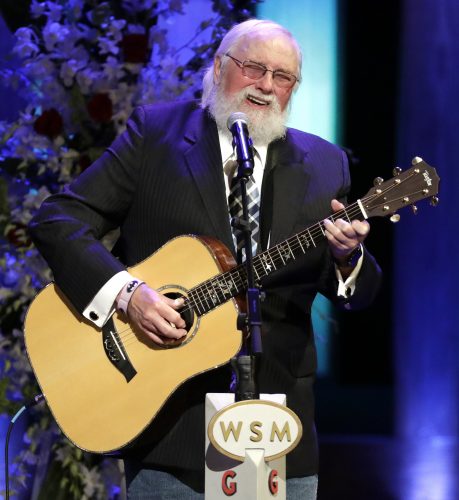 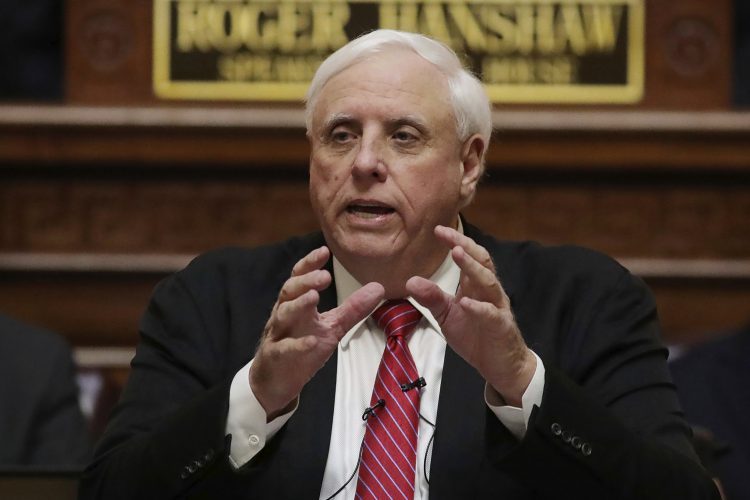 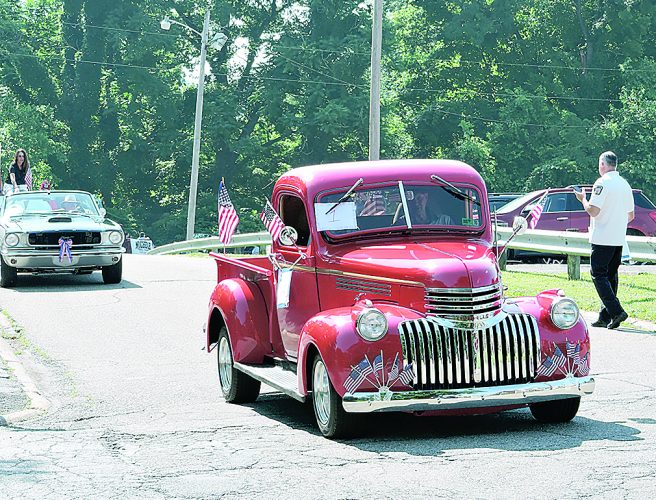