Ready to take the next step 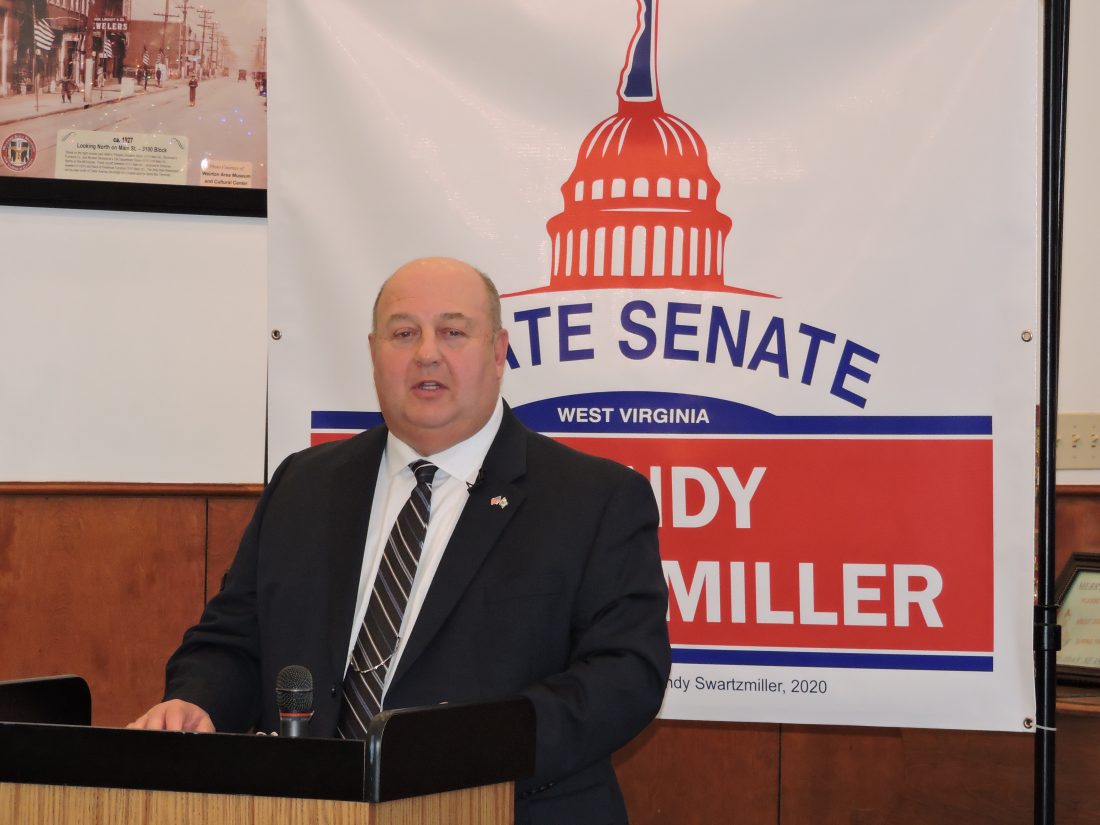 WEIRTON — Randy Swartzmiller is taking the next step in his political career.

In front of family, friends and supporters gathered in the Weirton Room of the Millsop Community Center Wednesday, Swartzmiller, a Chester resident and Democrat currently representing the 1st District in the West Virginia House of Delegates, announced his intentions to seek a seat in the state Senate.

“I think we’ve gotten to a crossroads where people need a choice,” Swartzmiller explained of his decision, noting he feels there is too much division in Charleston. “People want a choice. People want hope in their leaders.”

He said he doesn’t want to make his campaign about political parties, but rather about people and about West Virginia.

Prior to his current term, Swartzmiller had served 14 years in the House before taking time away from public office.

“When I went back, it wasn’t how I remembered it,” he said, explaining where, before, he would see people feeling welcome to visit Charleston and meet with their elected representatives, even pitch ideas for legislation, now he sees broken dreams, with citizens feeling disrespected and fighting for their livelihood.

Looking around the room Wednesday, Swartzmiller noted the differences in backgrounds of those in attendance, saying there was a mixture of business owners, teachers, coal miners, steel workers and more, as well as Democrats, Republicans, Libertarians and independent voters.

He said he wants to work hard and commit himself toward investing in the people of West Virginia, reaching out to ensure people feel as if they have a voice in Charleston.

“When we work together, we can accomplish anything,” he said. “That’s what we need to get back to.”

According to Brooke County Commissioner Tim Ennis, who introduced him, Swartzmiller has held several leadership positions in the Legislature, including chairing the Committee on Homeland Security. In 2013, he was appointed as speaker pro tempore of the House.

“You don’t get in those positions by laying on the porch,” Ennis, who served alongside Swartzmiller in the House, said. “You get in traffic.”

Swartzmiller was a third-generation steelworker, in the industry for more than 20 years. For the last 15 years, he has worked at Ergon-WV Inc.

He earned a Bachelor of Arts from West Liberty University, later obtaining a Master of Science from Mountain State University. He and his wife, Jeanmarie, have been married for 28 years, and have two daughters, Taylor and Molly.

Swartzmiller currently is the only Democrat to declare for the 1st District Senate seat.

According to the West Virginia Secretary of State’s website, current state Sen. Ryan Weld and Weirton resident Jack Newbrough are filed as precandidates for the Republican nomination.

Weirton resident Brandon M. Evans had filed as an independent, but the website lists his campaign as terminated.

Official filing for the May primary will take place in January.