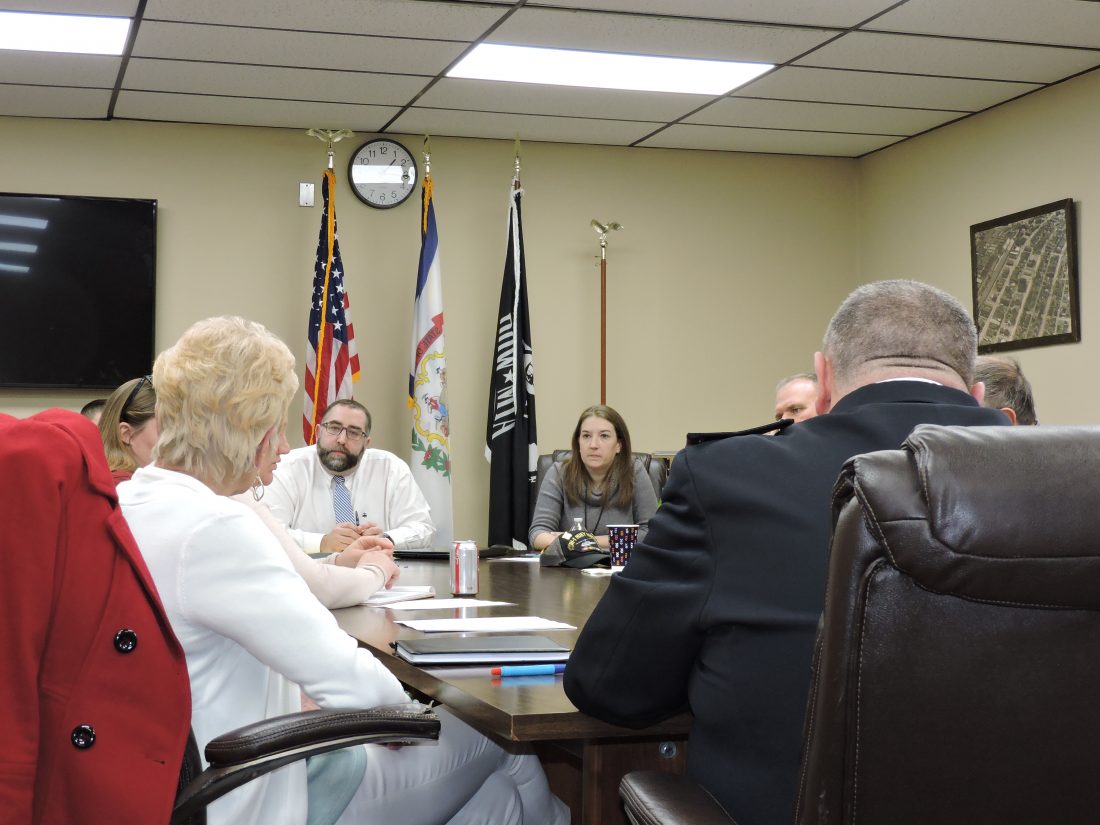 STAKEHOLDER MEETING — Karl Haglund, of Urban Design Ventures, and Jessica Gumm, interim planning director for the City of Weirton, meet with representatives of local social service agencies, Thursday, during one of a series of stakeholder meetings being held as part of planning for the future of Community Development Block Grant funding in the city. -- Craig Howell

WEIRTON — The City of Weirton has been meeting with local business owners, educators, representatives of social service agencies, and more, in recent days in order to get a better idea of the needs of low- and moderate-income residents in the community.

Jessica Gumm, interim planning director for the city, explained the meetings are part of the process in Weirton continuing to receive federal Community Development Block Grant funding, which is used specifically on programs and services focused on low or moderate-income residents and areas of the city.

Karl Haglund, of Urban Design Ventures, a consulting firm which has been assisting the city in the CDBG process, explained surveys have been sent to many groups in the community to assist in gathering information, but only around 50 have been received.

“There were resident surveys and agency surveys,” Haglund said. “We’d like at least a couple hundred.”

On Thursday, discussions were held by representatives of several service organizations, as well as members of the local business community. Meetings with education officials and city departments also have been held.

Several issues of focus were raised, including a lack of available or affordable housing, body safety education and internet safety education, increased transportation services and expanding the availability of mental health services.

Lt. Gene Hunt of the Salvation Army noted some of his organization’s programs, including utility assistance services, have seen increased usage but often are limited by available funding.

“We’ve been blessed to have some grants,” Hunt said, explaining the Salvation Army has provided $58,000 in utility assistance between January and October. “That’s our biggest request.”

Others in attendance Thursday expressed concern over the homeless population of the area, and whether any services are available to them.

“I don’t know the numbers, but they are there,” Rik Rekowski, director of the Mary H. Weir Public Library, said.

Gumm noted she had been hearing many of the same topics coming from other meetings and through the returned surveys.

“A lot of people have the same thoughts,” Gumm said. “It’s the same trends.”