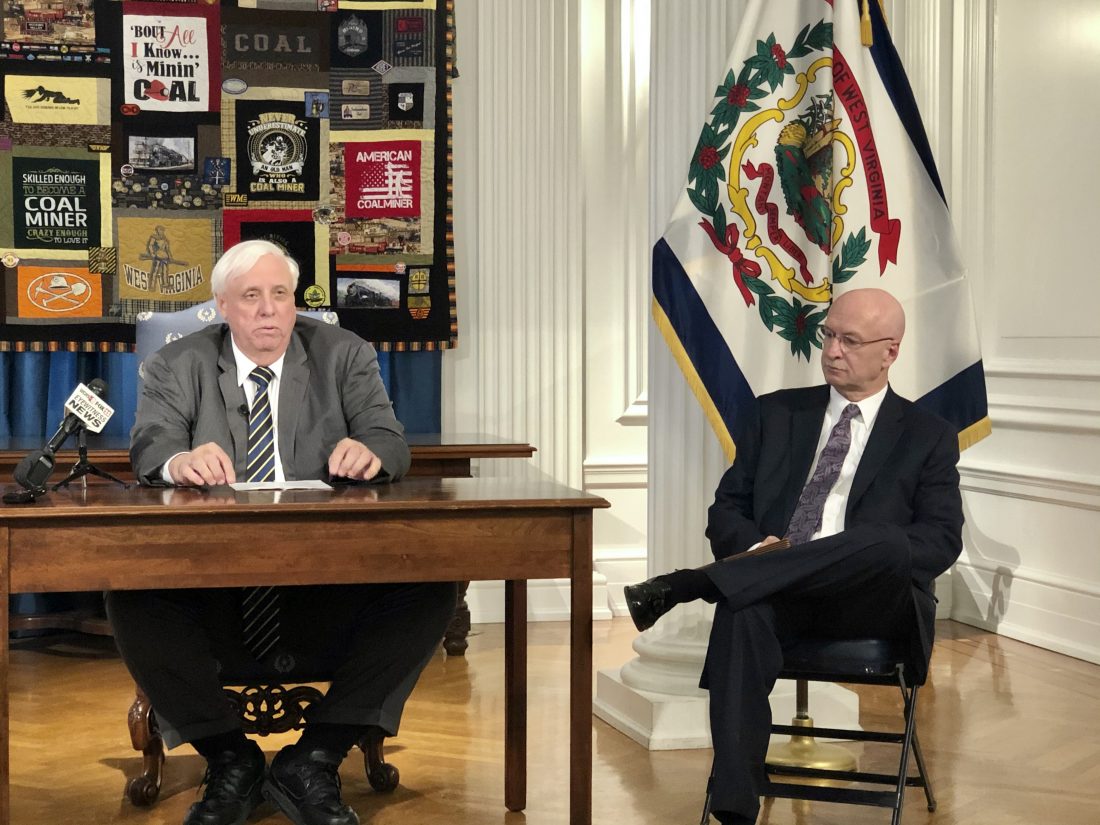 CHARLESTON — With one month left until the halfway point of the fiscal year, November was the fourth month out of the last five when tax revenues came in below estimates.

According to the most recent preliminary numbers released by the Senate Finance Committee, tax collections for the general revenue fund for November came in at $322.9 million, $7.2 million less than the $330.1 million estimate by the state Department of Revenue.

“It’s minuscule in the whole scope of everything from the standpoint of where we are per the budget at this point in time,” Justice said. “You’re comparing the 2019 numbers, which were historic beyond belief, and your pacing close to those numbers. It’s really phenomenal.”

Year-to-date tax revenue collections for fiscal year 2020 beginning in July was $1.77 billion, which is $40.2 million below estimates, a 2-percent decrease. Compared to the first five months of fiscal year 2019, the new fiscal year is only down 2 percent in comparison.

Consumer sales and service tax revenue for the month came in more than $745,000 above estimates at $124.3 million, but year-to-date collections came in $1.6 million below estimates at $555.7 million.

Severance tax revenue from coal and natural gas for November came in at $25.6 million, which was $4.8 million less than estimates, a 15 percent drop. Year-to-date severance tax collections of $93.1 million came in 28.9 percent below the estimated $131 million that officials predicted.

Justice was optimistic about not needing any mid-year budget cuts, but revenue officials are still monitoring. In October, state agencies were asked to prepare for a possible mid-year $100 million budget cut, 4.6 percent per state agency, should tax collections continue to come in below estimates.

“You’re likely not to see that happen today for sure,” Justice said. “I am still very, very hopeful that we do not have to go there, but we’re watching it every minute. If we have to go there, we’re poised to be able to do so.”

Justice pointed to the state’s recent sale of $600 million in bonds for the second round of Roads to Prosperity as a positive sign of the state’s long-term economic outlook.

The sale of the second round of general obligation bonds brought in $746.5 million for new road construction and bridge repair throughout the state. The extra $146.5 million generated from the bond sale will be used for secondary road maintenance.

“We’ve done all this work on the secondary roads, but there’s still a ton to do,” Justice said. “Well, here’s a whole bunch of extra money that you can do a ton more…What we want is we want to pocket this and we want to get ahead on the other numbers as well.”

“I never fail to give praise when the work is getting done well, and this is one of these times without question about it,” Blair said. “It’s phenomenal of what we’re doing in this state. I applaud (Justice), your office, the (Division of Highways) and the entire Legislature because the work that they’ve been doing.”

The Governor’s Office said the bonds were sold Tuesday in two batches with Jefferies LLC and Citigroup Global Markets with winning proposals. The state was able to lock in a 2.999 percent interest rate on the round two bonds, an improvement from the 3.324 percent interest rate on $800 million on the first round of general obligation bonds in 2018.

As of Nov. 21, the three big bond rating agencies, Moody’s, Standard and Poor’s and Fitch, have all given West Virginia positive ratings for its general obligation bonds. The ratings agencies cite the state’s healthy Rainy Day Fund and its willingness to tackle long-term debt, such as pension and post-employment benefit liabilities. The state’s two Rainy Day funds have $839.4 million, a 17 percent increase over fiscal year 2019.

(Adams can be reached at sadams@newsandsentinel.com.)