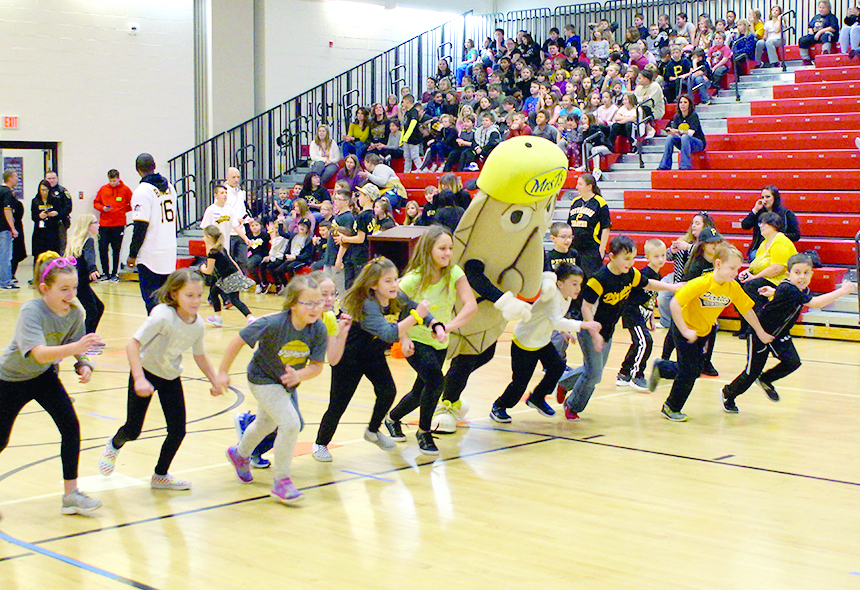 WEIRTON — With spring training just around the corner, the Pirates CARE-A-Van made its second day of stops on Thursday. One of those was the Weirton Elementary School.

New manager Derek Shelton, All-Star first baseman Josh Bell and right-handed pitcher Clay Holmes were among the representatives to visit the first- through fourth-graders, along with left-handed pitcher Sam Howard and first base coach Tarrik Brock.

“It’s very important,” Shelton said of visiting places like Weirton. “You don’t just isolate your fan base to inside the greater Pittsburgh area, you want it to be as wide as possible. Anytime you can get out in the surrounding areas, to people that can come in for the weekend or come to games, it’s very important.”

Being a new manager, for Shelton, the opportunity to meet and connect with fans is important. Interacting with kids made it even better.

“Anytime you can get out in the community and spread Pirate baseball, it’s cool, and even more so when you’re around little kids,” Shelton said. “You’re not only growing Pirates fans, but the game. It’s an exciting time. 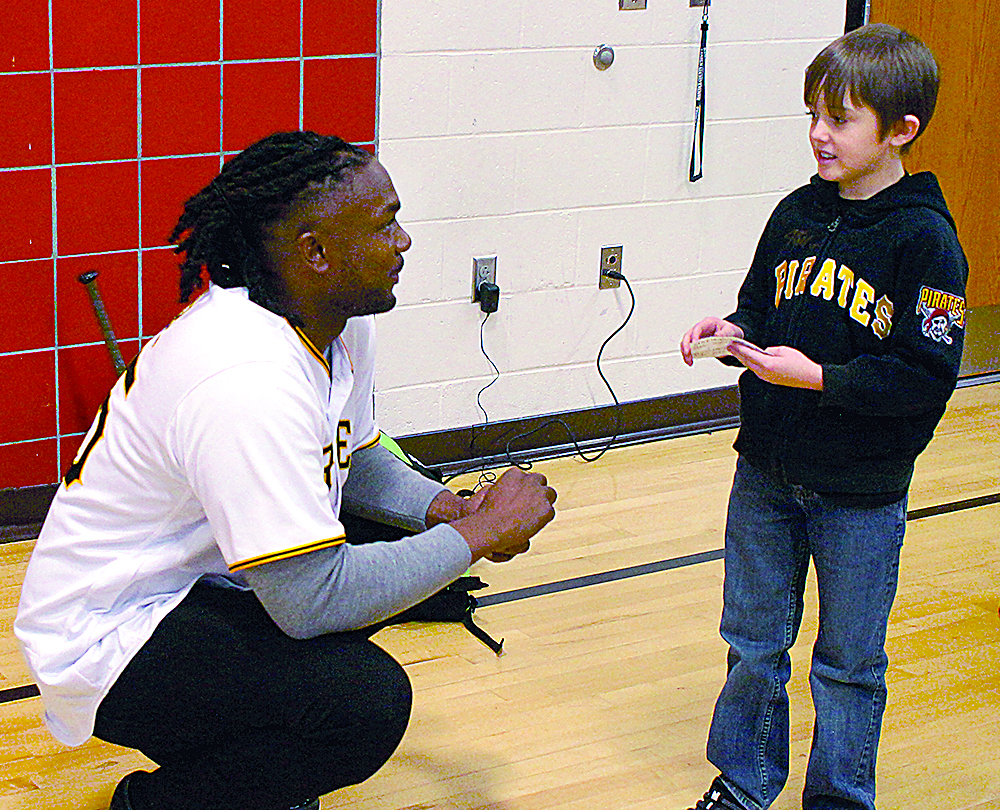 “It’s very important, not only as a first-year manager, but anytime for all of us. Our entire coaching staff is out (making Care-A-Van appearances) and having players out in the community. It’s important for us to be out in the community and show the support, because the people we’re coming out and supporting in their community are the ones that come in to PNC Park and support us.”

The players worked alongside coaches from the Weirton Baseball Association to hold basic baseball skills clinics for the pupils. There were stations set up for throwing and catching, hitting and base running.

There was even a pierogi race at one point.

“It’s nice to see them actually coach,” Shelton said of the players. “They are the ones doing the instructing and you are seeing the things that they are doing on the field applied to a younger generation.”

For Holmes, the chance to work with young children brought back youthful memories of the game.

“This is my third or so CARE-A-Van that I’ve done, and it’s awesome to connect with people in the community of the greater Pittsburgh area,” Holmes said. “I can think back and remember when I was this age, second, third, fourth grade, and the excitement the game can bring. It’s refreshing to be around it, fun to feel the excitement and see the smiles and joy that baseball can bring.”

“It’s a lot of fun,” Bell said. “I’m just enjoying the time being back in Pittsburgh and excited to get around the team again and meeting the new coaches. It’s all been a blast. Anytime you have a jersey on, we’re thinking baseball. We’re getting ready to go.”

In addition to the skills stations, students had the opportunity to get a photo with and an autograph from the Pirates.

The festivities wrapped up with a question and answer session, where the students were able to ask the players and coaches about their favorite baseball memory or their hometown.

(Grimm can be contacted at agrimm@heraldstaronline.com)