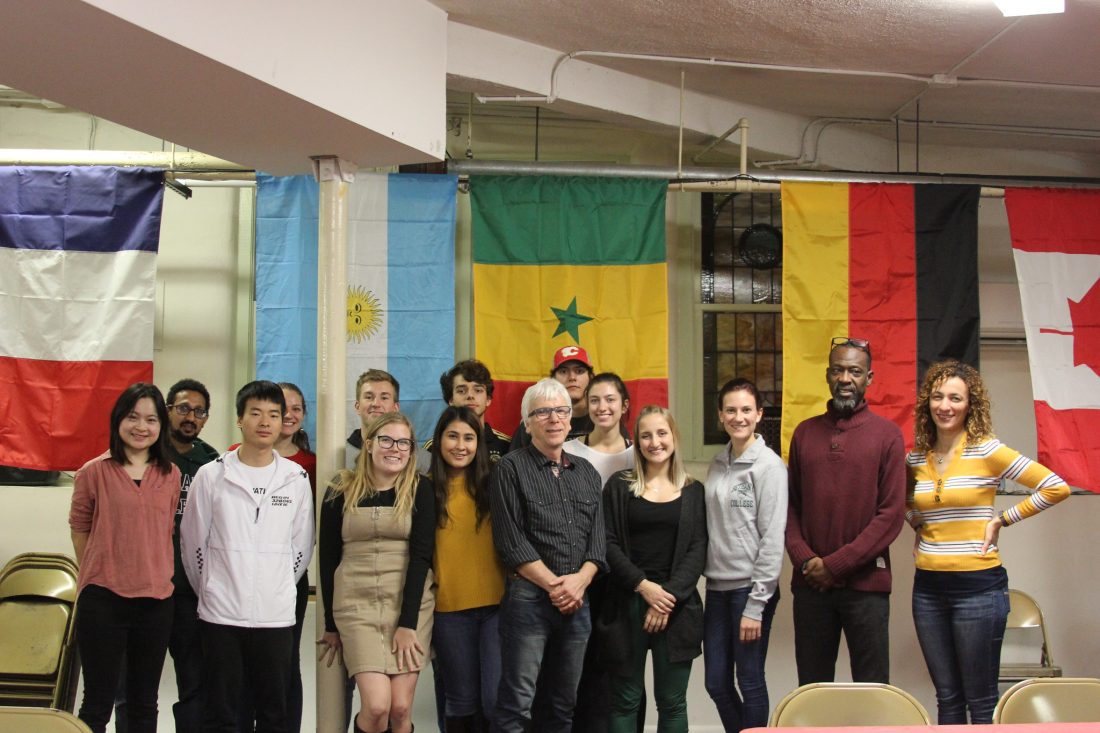 FAMILY AWAY FROM HOME — The Bethany College International Student Association serves as a support system and a voice for foreign students on campus and educates American students about global cultures and perspectives. -- Contributed

BETHANY — As many universities across the country struggle to attract international students, Bethany College has seen a big enough increase in international enrollment to re-establish its International Student Association.

Narbada Budathoki, a sophomore from Nepal whose family settled in Pittsburgh, is the president of the International Student Association.

“I wanted to make a group where we support each other as a family away from home,” she said. “Being away from home and adapting a new life is not always smooth. As an international club, we will be there for each other for support.”

Bethany men’s soccer coach Frankie Taal is the staff adviser. He is a Bethany alumnus from the West African nation of Gambia and a former president of the student group.

While in college, Taal befriended a local student who had had no previous exposure to someone from another country. Taal said his friend’s mother thanked him for opening her son’s eyes to a global perspective.

Taal stresses that the International Student Association is open to all students. The club typically meets Tuesday evenings.

“It’s an international student club, not a foreign student club,” Taal said, noting that he wants to clear up any misconception that the club isn’t for American students.

The goal, Taal said, is to find common ground for international students.

“It’s important to have a club where you can get together and become one,” he said.

Harald Menz, director of international studies and professor of German language and culture, said the International Student Association has been absent from the college for about 10 years. But this year, Bethany has students from Germany, Canada, the United Kingdom, Greece, Australia, Mexico, Brazil, Spain and Ethiopia.

Four students also are at Bethany for a year as part of an exchange program with Padagogische Hochschule in Heidelberg, Germany.

In addition, three Fulbright Scholars serve a dual role as student and faculty. Aya El-Shafei, of Egypt, Chu-Yun Hsueh, of Taiwan, and Lea Serres, of France, teach language courses in Arabic, Chinese, and French at Bethany.

“The International Student Association lets students have voice on campus and a forum to give American students information about their home countries,” Menz said.

The International Student Association attracted about 50 people to its first fundraiser, an international dinner at Bethany Memorial Church. Club members served dishes representing eight countries and offered information about the language and culture of their homelands.

The dinner was in line with what those involved with the International Student Association aim to do for Bethany College.

“This club … will help students get to know different people from all around the world,” Budathoki said. “I believe that going out there and learning about people, their culture, and what they have to offer you is a great way to grow and connect to the real world. I hope that this club will urge students to learn from international students and hopefully create long-lasting friendships.”

“Attending college in another country is not just to focus on your study but to get an understanding of American history, culture and geography,” Taal said.