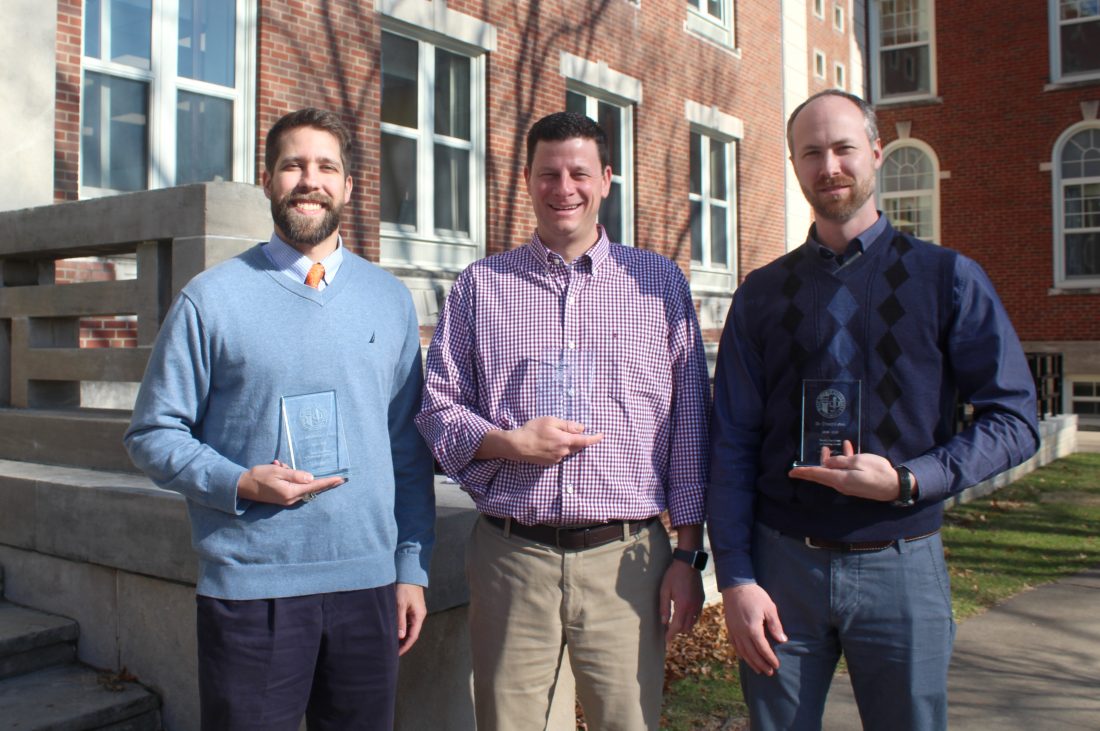 WEST LIBERTY — West Liberty University held a mid-year convocation and general faculty meeting recently, bringing the campus community together for updates from the president and his cabinet.

“There were only two schools in West Virginia that showed an increase in enrollment this fall and West Liberty was one of them. We must continue to share our good news that West Liberty provides an affordable education on a safe campus with a caring environment for students and their families,” Cook said.

Vice President of Finance and Administration Roberta Linger reported on a successful audit and shared other accounting news with employees.

Greiner then singled out three faculty members for awards of excellence.

¯ Chad Kuhns of the College of Sciences, Faculty Excellence in Teaching Award

Zdilla is an associate professor of biology and physician assistant studies and has taught at WLU since 2009. Most recently, he was named a finalist for West Virginia Professor of the Year. His laboratory is involved in research aiming to improve clinical procedures and discover new links between human structure and function. He earned his bachelor’s degree at the University of Pittsburgh and his doctoral degree at New York Chiropractic College. He is a resident of Wheeling.

Kuhns is an associate professor of mathematics and joined WLU in the fall of 2014. He earned a Bachelor of Science in mathematics at Freed-Hardeman University, and master’s and doctoral degrees in mathematics, both at Idaho State University. He serves as faculty advisor to the WLU chapter of the science honorary Chi Beta Phi and as Chair of the General Studies Assessment Committee. He resides in Valley Grove.

Provost Brian Crawford then took a moment to introduce new faculty hired since fall to the audience. The three new faculty include:

¯ Maureen Golick, assistant to the provost

The convocation ended with comments from Executive Director of Alumni Relations and Special Projects Ron Witt who updated employees on the activities of the Employee Engagement Committee.