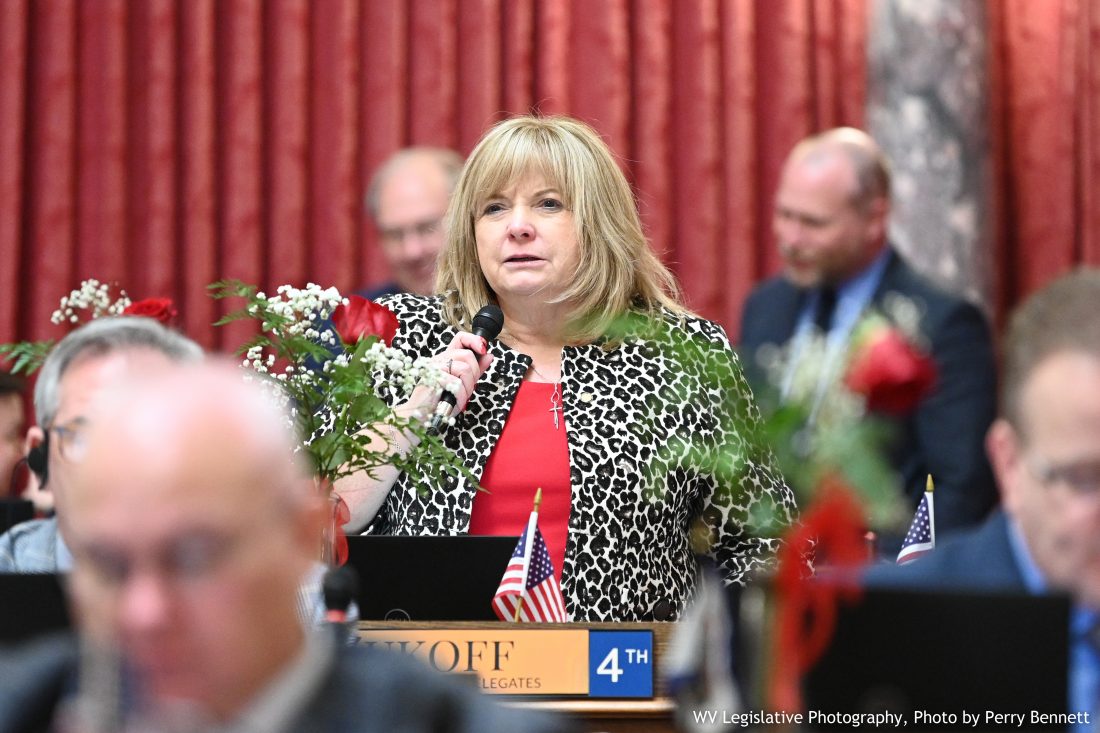 CHARLESTON — A bill helping to make improvements to the state’s overburdened foster care system and raise reimbursement rates for caregivers passed the West Virginia House of Delegates on Tuesday.

The bill places duties and responsibilities upon foster parents, including not violating the rights of the foster child and providing all children placed in their care with appropriate food, clothing, shelter, supervision, medical attention and educational needs. Foster parents are to treat all biological families with respect, respectfully speak about the biological family, educate the children with age-appropriate life skills, not divulge any information concerning the child’s case or child’s family to anyone outside an approved list of individuals.

The bill also sets a reasonable and prudent parent standard, which gives foster parents authority to make daily decisions regarding a foster child’s extracurricular activities, including sports, arts and other activities, making West Virginia the 15th state to codify the standard.

Payment rates are updated in the bill. Child placement agencies will be paid a rate of $75 per day per child with foster parents receiving at least 40 percent of the rate, or a minimum of $30 per day. For kinship parents, a floor of $900 per month per child is set.

Delegate Jason Barrett, D-Berkeley, praised the House committee process for leaving the bill intact and finding a way to keep the additional reimbursement funding in place. He credited the grassroots efforts of foster families.

“It’s fully intact because foster families have flooded our emails and our voicemails, and even took the time to come here and meet with legislators,” Barrett said. “Our foster families in West Virginia are truly angels among us.”

Delegate Lisa Zukoff, D-Marshall, thanked House leadership for working in a bipartisan manner and including House Democratic lawmakers in the process that created HB 4092.

“I want to thank the leadership for reaching across the aisle and allowing those of us who very much have the passion for the foster care system to be participatory in the bill,” Zukoff said. “Thank you all for the consideration we gave to kinship families…the grandparents across the state, the aunts and uncles and relatives who step up to the plate and may not have the income to help take care of these children. The money they receive at this time is just not adequate to support them in the way they need supported.”

The bill made it through the House Health and Human Resources Committees on Jan. 17 and the House Judiciary Committee Jan. 22, but was hung up in the House Finance Committee until staff could find the money in the budget to pay for the increased reimbursement rates.

After locating additional funding through the Medicaid surplus and Excess Lottery Fund, the finance committee moved the bill to the full House on Feb. 12. According to the fiscal note for HB 4092 submitted by the Department of Health and Human Resources, the state’s share of the cost for the reimbursement rates is $16.9 million.

McGeehan, the lone nay vote, said the bill’s intentions were good, but the bill was not fiscally responsible.

“It’s a very good bill and the intentions behind it are noble,” McGeehan said. “But the state’s finances are perilously close to running large deficits again — and no assurances were given that the millions of dollars in increased spending from the bill would be offset with a reduction in spending elsewhere in the state’s budget. Politicians can’t just keep spending and spending down here in Charleston with little thought given to the long term. It’s just not right and fair to the taxpayers.”

Cited as a crisis linked to the substance abuse epidemic, more than 7,000 children are in foster care in West Virginia, according to the Department of Health and Human Resources. The state is being sued by interest groups on behalf of several children due to the past condition of the foster care system.