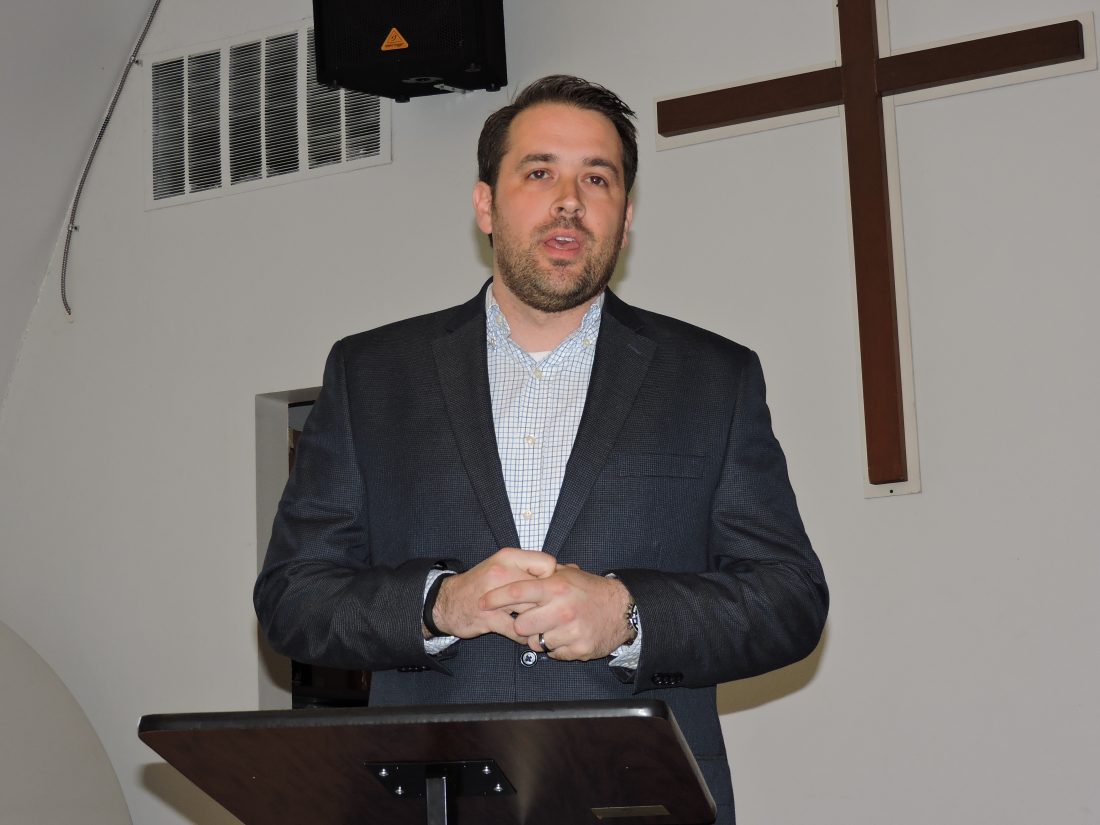 WORK TO DO — Chris Hatala, 2019 campaign chair of the Weirton United Way, addresses those gathered Thursday for the charitable organization’s campaign report, announcing the campaign is still short of its $240,000 goal. -- Craig Howell

WEIRTON — The Weirton United Way still has some work to do before its 2019 campaign can come to an end.

Campaign officials, volunteers and others gathered Thursday at the Weirton Salvation Army to receive an update on the campaign, learning the Weirton United Way has raised $201,585 of its $240,000 goal for the year.

“This year was a rollercoaster,” Campaign Chair Chris Hatala said, prior to making the announcement. “We have some work to do.”

The flamingo campaign and the annual Golf Classic, once the biggest event of the year, were down in funds brought in, he said.

Hatala urged the United Way campaign team to continue their work, to think of new ideas for events and to recruit new volunteers.

“It takes a village to raise a village,” he said. “Volunteers make this organization stronger.”

The flamingo project and Turkey Trot are some newer events held by the Weirton United Way, and Hatala explained he attempted to launch a fundraiser with the sale of aerial photographs of local high school football stadiums.

United Way Board President Don Gianni Jr. also encouraged the development of new ideas, explaining when the idea of the Tailgate first came about, people weren’t sure how it would be received.

Gianni also thanked the United Way’s member agencies for their work in assisting with the fundraising efforts, saying they are the reason the United Way is there.

“We will continue the campaign,” Gianni pledged, saying he believes in the Weirton community and its ability to come together to reach the goal. “We will keep moving forward.”