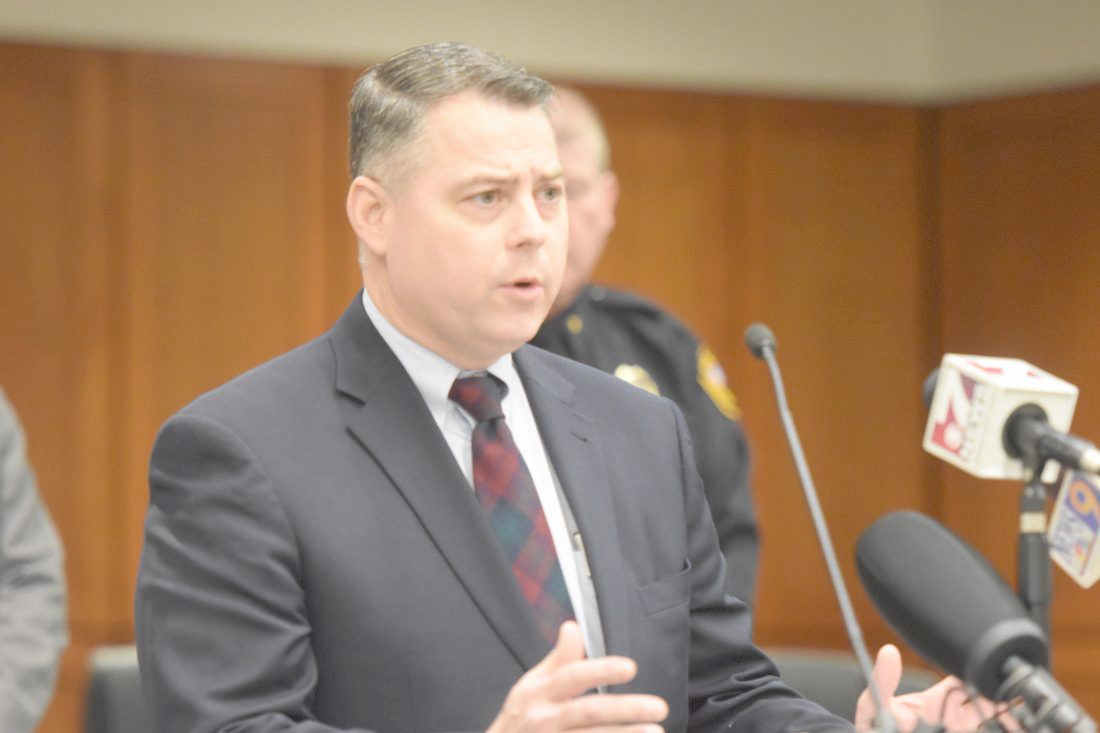 PROTECTING PRIVACY — Wheeling-Ohio County Health Administrator Howard Gamble said while the identities of those infected with COVID-19 are not allowed by law to be given to the public, the addresses of those quarantined were given to 911 operators to better inform first responders who may be dispatched to a house where exposure is possible. -- Staff photo

As more cases of COVID-19 are confirmed in the Ohio Valley, many people are asking if those who have tested positive for the disease may have been someone they know, or may have been in contact with in recent weeks.

However, public health professionals are attempting to minimize the identifying information they distribute to the public to prevent amateur sleuths from attempting to identify the patients and sharing that information online.

Officials said they’re respecting patient privacy as a matter of federal law under the Health Insurance Portability and Accountability Act. They say keeping the patients’ identification private also comes down to a matter of common courtesy.

Robert Sproul, deputy health commissioner for Belmont County, said he works to give as little identifying information as possible to avoid having people become ostracized for their medical history.

“This is going to be the new leper …” Sproul said of people shying away from those who test positive but later recover from COVID-19. “If someone had been infected, they were quarantined. … Once this is done, they’re not contagious. They’re back out in the public. You don’t want people saying, ‘Oh, he had COVID-19.'”

While those in the public may be interested to know where those infected live or where they might frequent, particularly once they became positive but before they were quarantined, Sproul said health departments across the nation are working to get in touch with everyone the infected was known to have had contact with so those people can also self-quarantine, which addresses the problem without creating mass panic.

“People have a lot of things. They got cured, they’re healthy, and they’re back out there. We try to release as much information as we can, but it doesn’t matter if a person’s in Barnesville, Martins Ferry, Powhatan or St. Clairsville. We’re monitoring their health and making sure that they’re getting better,” Sproul said.

Wheeling-Ohio County Health Administrator Howard Gamble said while the identities of those infected with COVID-19 are not allowed by law to be given to the public, the addresses of those quarantined were given to 911 operators to better inform first responders who may be dispatched to a house where exposure is possible.

“We don’t give them names, because anybody in that house is a potential contact,” Gamble said. “We’ve got to have some level of protection so that we don’t, in one afternoon, in one community, knock out an entire EMS squad.”

The Wheeling-Ohio County Health Department Sunday said a seventh positive case of COVID-19 has been identified in Ohio County. Currently, the health department is monitoring 7 cases (one early case has been transferred to California).

Marshall County, which has four confirmed cases as of Saturday, has released the gender and general age of each patient there, along with general updates to each patient’s health as they battle COVID-19.

The fourth case, confirmed Saturday, was a woman in her 20s, reporting mild symptoms and has been placed in quarantine.

Gamble said that with most medical treatment being one-on-one between a doctor and patient, information on who has been diagnosed with COVID-19 should not become available unless the person decides to go public with their own medical history.

“It’s important to remember that in our society, we need to have a level of protection of a person’s personal health information, but we also have to remember that in a crisis, a pandemic, an emergency, certain things have to be shared. It’s not shared with the public, but it’s shared to protect the general public, and our responders,” he said. “In the end, there will not be much information on a specific person or case unless that person decides to announce it. If they announce it on their social media or by walking around announcing it, that’s what they’ve done.”