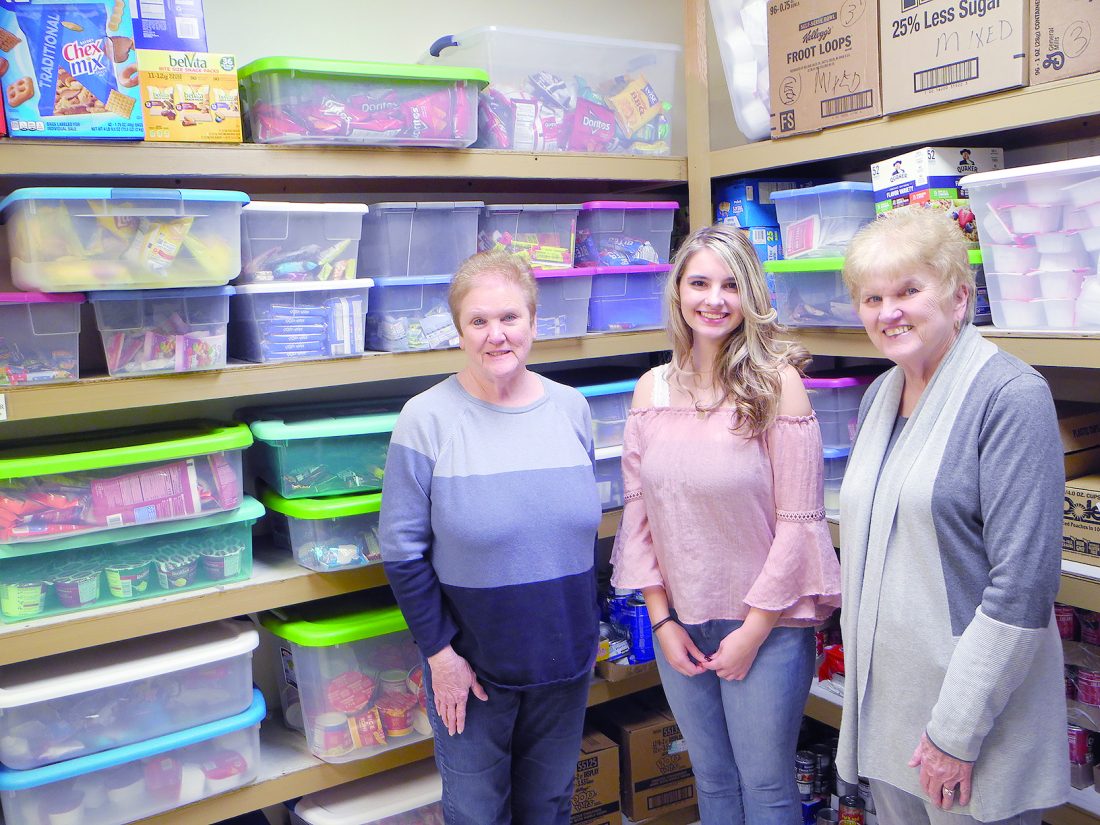 A BEAUTIFUL IDEA — Mikelle Morris, center, a junior at Brooke High School, stands with Linda Abercrombie, left, and Charlene Brown, of Bruins Helping Bruins, a school-based clothes closet and food pantry. Morris held a pageant that included a category for generosity, netting more than 1,000 nonperishable food items more than $700 for the cause. -- Warren Scott

WELLSBURG — When a Brooke County teen organized a beauty pageant for her peers, she passed out more than trophies at its end.

Mikelle Morris, a junior at Brooke High School, decided to include a category for generosity in the contest, not expecting to collect more than 1,000 nonperishable food items and hundreds of dollars for Bruins Helping Bruins, a volunteer-run clothes closet and food pantry at the school.

Morris said she got the idea when a classmate described financial constraints experienced by his family.

“I’d just spent a lot on my prom dress and felt bad,” she said, adding she decided one way to help was to hold a pageant and charge $5 or one non-perishable food item for admission.

The admissions and $1 votes cast by attendees for the people’s choice winner in the contest netted hundreds of canned goods and other food as well as $700 for Bruins Helping Bruins.

Morris also included among the pageant’s categories, a prize for the most contributions to the cause by a contestant.

Named Miss Generosity was Emma Kuzminsky, a junior at the school, while fellow students Maria Kamarados and Trinity Farabaugh placed second and third, respectively, in that category.

The pageant’s top winner was Kira DeLong, who was crowned Miss Beautiful Bruin; while Hannah Charlton won the talent category for her vocal performance.

There were 15 contestants in the event, which was attended by about 80 people.

The number of contributions was a surprise not only to Morris but also Linda Abercrombie and Charlene Brown, who are among a handful of volunteers from the Brooke County Council Parent-Teacher-Student Association who run Bruins Helping Bruins.

Abercrombie said when a custodian asked about transporting the food to the pantry, “I told him just put it on a cart and bring it back. He said, ‘It’s going to take multiple trips.'”

“I was really surprised. That was, to me, really amazing,” she said.

Morris said while she has participated in pageants, it was the first time she has coordinated one, but she hopes to do it again next year. She said among many who aided her were her aunt, Kourtney McGraw, a guidance counselor at the school; Amanda DiMarzio, who served as emcee; Mary Fran Kowalo, Darlene Sperlazza, Katelyn Carroll and Shelby Mazzone, who served as judges; and several classmates who helped with lighting and sound.

Abercrombie said it’s been five years since Bruins Helping Bruins opened in the school’s career technical department. She said students from neighboring classrooms have built shelves there, carried in donations and helped in other ways. 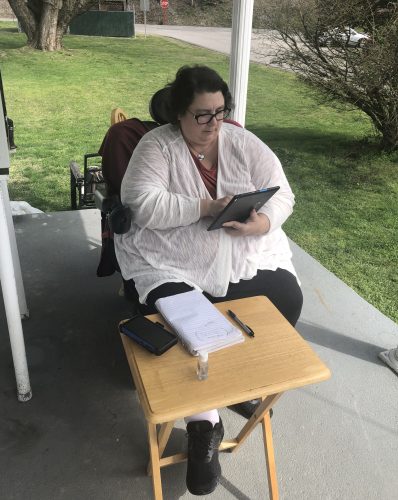 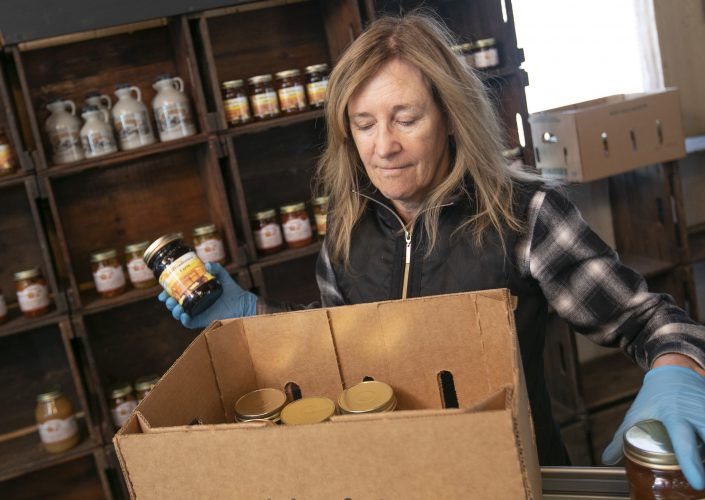 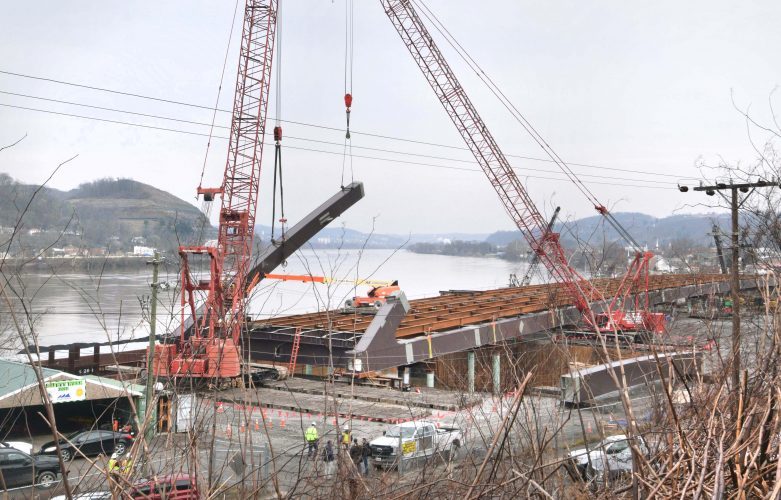