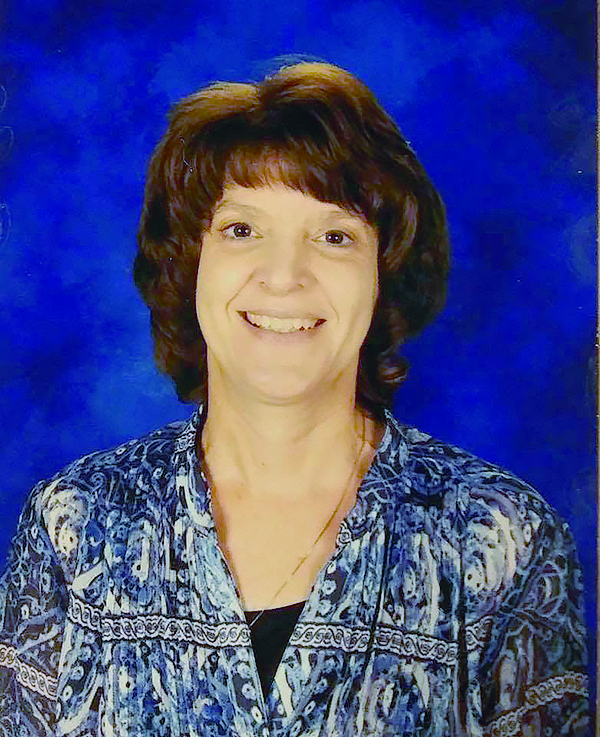 FOLLANSBEE — The Brooke County Teacher of the Year knows children often learn best when engaging in hands-on activities and with each other.

Dianna Cornett, a second grade teacher at Brooke Primary North in Hooverson Heights, said she’s never tried to impose her own teaching philosophy on the student teachers she’s supervised but “I do try to teach them the classroom doesn’t always have to be quiet.”

“Discipline is important, but so is interaction” she said.

Cornett, who is in her 31st year of teaching, said children can learn from each other and especially when engaged in hands-on activities.

The veteran educator said she enjoys using kits provided by West Virginia Handle on Science, a regional program headed by Robert and Libby Strong of Wheeling, to set up experiments for her pupils to conduct.

She said due to time constraints, such activities are reserved for three days a week and her pupils often ask if they will be doing them on a given day.

As she spoke of leading the youth in an experiment demonstrating the effect of heat and cold on various solids and liquids,her enthusiasm and love for teaching was evident.

Cornett said she became interested in the profession at an early age, when Joan Knox, her fourth grade teacher at Woodsdale School in Wheeling, charged her and other classmates with tutoring younger pupils.

“That really sealed the deal for me,” she said.

After graduating from West Liberty State College, Cornett taught at St. Joseph’s School in Weirton for six years and students in special education at Brooke High School for two years before settling into teaching at the elementary level at Edgewood and Colliers primary schools before coming to Brooke Primary North.

She said she’s happy to be working with a number of colleagues from the former Colliers Primary School, including principal Jo-Ellen Connolly and fellow second grade teacher Arah Barker.

Cornett was part of a team that earned the Colliers school the honors of West Virginia School of Distinction and National Blue Ribbon School.

The Brooke County Teacher of the Year is named by a committee comprised of representatives of the school board, the county’s school administrators association, Brooke County Council PTA, Brooke County Education Association and Brooke County Chapter of the American Federation of Teachers; and selected from nominees submitted by colleagues at their respective schools.

Cornett said the fact she was nominated by her peers “made it even more special I think.”

The county’s teacher of the year normally would be recognized at a school board meeting. But with the board meeting by telephone at this time, such acknowledgment has been postponed.

Cornett said at this time state officials intend to hold a Sept. 8 dinner in Charleston at which all county teachers of the year will be honored and the West Virginia Teacher of the Year will be named.

She said the honor comes at a challenging time in her career, as she and other teachers work to reach students in their homes following Gov. Jim Justice’s decision to close schools to prevent spread of the coronavirus.

Cornett said because not all pupils at her school have access to the Internet, a combination of online instruction and paper assignments have bee used.

She said she has used a computer app to reach pupils and parents aiding their children with school work.

“I try to reach out to them just to see if they have questions,” Cornett said, adding, “Often they (parents) know how to do it but not how to explain it.”

Despite the hiatus, Cornett managed to incorporate some hands-on experience into the children’s school work.

Prior to the lockdown, her class was working with plants and mealworms (which develop into beetles) and she sent them home with the children so they could observe and record their growth and development.

“I encouraged them to draw pictures to show the changes,” she said.

Cornett said the hiatus has been adjustment for her, too, because she greatly misses the routine of the school day and working with her pupils.

“It’s very hard. I never dreamt this would happen,” she said, adding, “I had to learn to be flexible with this corona.”