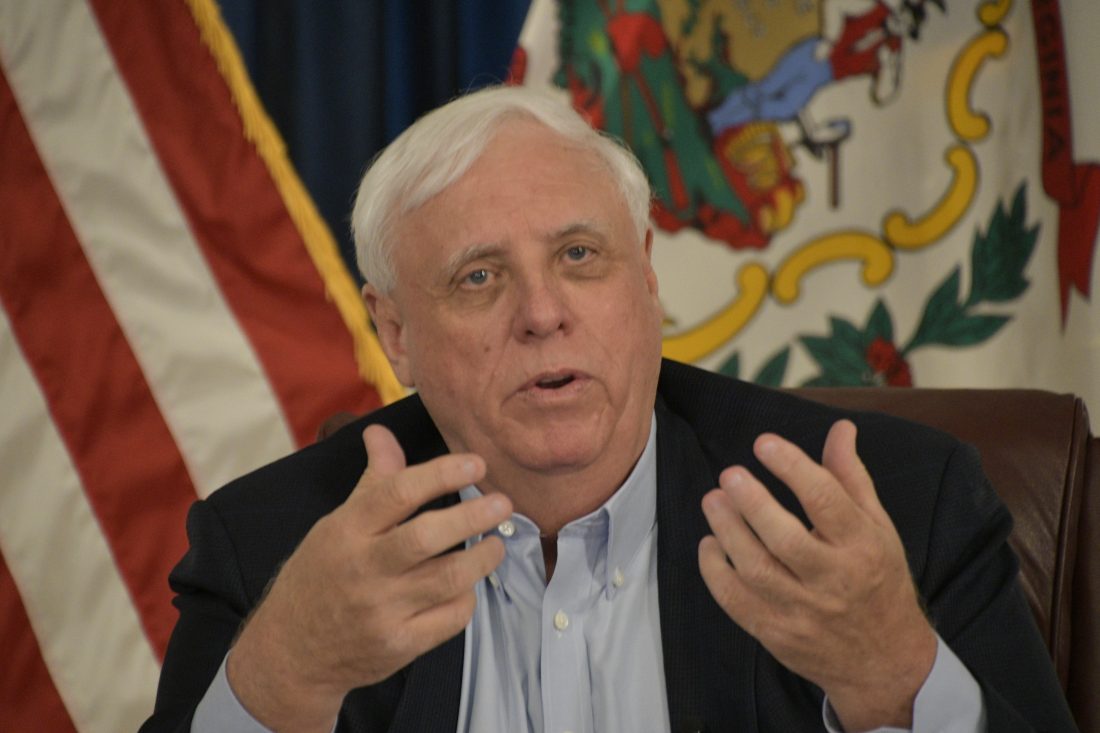 CHARLESTON — After coronavirus cases in a facility in Randolph County continued to climb upward, Gov. Jim Justice said he would call for testing of all inmates and staff in state prisons and regional jails.

State officials briefed the press on the uptick in cases during Wednesday’s daily coronavirus briefing at the Capitol.

According to the Division of Corrections and Rehabilitation, 83 cases of COVID-19 were confirmed among inmates at the Huttonsville Correctional Facility in Randolph County.

The Department of Military Affairs and Public Safety last week reported a part-time correctional officer tested positive for the coronavirus. In an unrelated incident, an inmate also tested positive last week, prompting the testing of all staff at Huttonsville and all inmates on the cell block. By Friday, all 1,073 inmates at Huttonsville were being tested on Justice’s orders.

“We didn’t have a single test in all our correctional facilities that tested positive up until all of a sudden,” Justice said. “When it came to me that we were testing a block of prisoners and testing all the staff that worked with those prisoners and were exposed to one another in the block, I said no…it’s not enough. We’re going to test everybody in the whole facility.”

The state has nine regional jails and 11 correctional facilities, four community corrections facilities, 10 juvenile centers, and 17 youth reporting centers. In regional jails, 87 inmates have tested negative for COVID-19 with 746 inmates in quarantine. In state prisons (excluding Huttonsville), 42 inmates have tested negative and 16 inmates are in quarantine.

“Most of the other states have had a really bad go of it with their prisons and everything,” Justice said. “At the end of the day it will protect these people, and as I’ve said over and over they deserve to be protected as much as I deserve or all the rest of us deserves.”

Betsy Jividen, commissioner for the Division of Corrections and Rehabilitation, said the agency has been proactively responding to the coronavirus pandemic from the beginning with constant health screenings of inmates and staff, including temperature checks, and quarantining of new inmates for 14 days. Jividen said those procedures are how the first cases were caught.

“We’re going to continue responding to this based upon the results of this enhanced testing in coordination with the medical team and the experts,” Jividen said. “We will continue to look at contact tracing and case investigations and take this process where it needs.”

Concerns were raised about whether staff had adequate access to personal protective equipment in the correctional system. Jividen Wednesday said a staff member at Huttonsville filed a complaint about not being issued an N95 mask.

“That officer left the facility before being told by the superintendent that he was in fact moving people around so that people in her particular job category would not be having contact with inmates,” Jividen said. “Without having specifics, I can’t address it any further, but I can tell you we’re taking every precaution to protect our staff.”

The Division of Corrections and Rehabilitation purchased 100,000 NIOSH-approved N95 masks in March with 9,000 masks going to the state’s correctional system. Half of the 100,000 N95 masks turned out to be a cheaper version, the KN95 mask not approved by NIOSH that used ear loops instead of head bands, causing the masks to not properly seal. An investigation by the Department of Military Affairs and Public Safety determined the masks were not counterfeit.