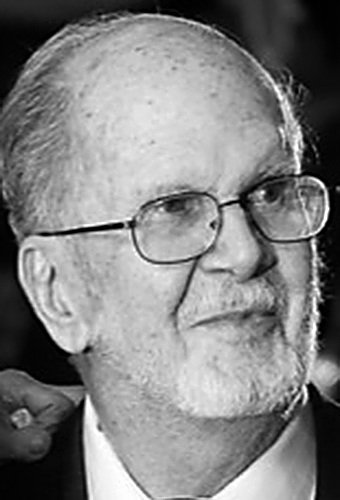 Jose F. Poyo, 98, passed away peacefully on August 18, 2018, in his home in Steubenville, Ohio, shared by his son Ralph and daughter-in-law, Susan.

He was an American citizen born abroad in Havana, Cuba, and lived in Steubenville for 11 years, coming from Raleigh, NC., Miami, FL, and Atlanta, GA.

Jose moved to the United States to attend college at Georgia Tech. During World War II, he left college to serve in the Army Air Corp. After the war, he worked at General Motors in Bogota, Colombia where he met his wife of 65 years, Consuelo L. Poyo. He moved his family back to the United States and worked in Atlanta, GA. Before retirement, he was the President of Skagseth-Bryant, Inc. in Miami, FL. He was a current member of Holy Family Catholic Church in Steubenville.

He was preceded in death by two siblings.