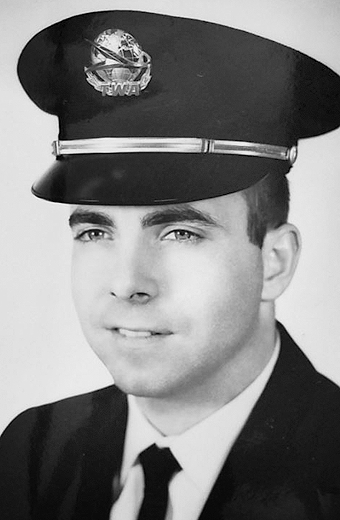 Wayne Grenville Bostick of Fredericksburg, TX, made his final flight West Friday, 3 Aug 2018 at the age of 83.

He was a graduate of Jefferson Union High School Class of 1950.

He shared his childhood with his brother, James Bostick and sister, Louis Bostick Sainer.

He attended Ohio State University 1952-54 and graduated from The Spartan School of Aeronautics in 1959. He developed a love of all things flying at an early age and pursued and achieved his dream of a private pilot’s license. He was a member of the Naval Reserve in High School, then Active Duty USAF, serving from 1954 -1958. In the AF he was an Airborne Radio Operator and Electronic Counter Measures Operator where he excelled in his field and was assigned as a Crew Member on the R/EC-121 AEWC (Airborne Early Warning and Countermeasures) aircraft. He was the Squadron’s Instructor and Check Airman for Radio Operators and successfully developed and implemented his Squadron’s Airborne Radio Operator training program, attaining the rank of Staff Sergeant. After serving his country, he continued to pursue his dream of flying. From 1959 to 1961 he was an Instructor pilot and flew Charters for the oil industry and its executives, in 1962 he became an Air Route Traffic Controller for the FAA. In 1966 he was hired as a pilot for Trans World Airlines. He flew around the world for TWA for 28 years, attaining the rank of Captain, receiving ratings on the Boeing 707, Boeing 767, Convair 880, DC 9, Lockheed L-1011 and MD 80 He retired December 1994.

He enjoyed his retirement playing golf and watching his growing number of grandchildren. Not the type of person to sit around for long he began providing private flight instruction and worked for Lone Eagle Aviation of Scottsdale, AZ as a Ground School instructor.

In 2004 he went to work for General Dynamics at Ft Huachuca, AZ instructing Soldiers in the use of the Army’s UAV “Shadow 200” Tactical Unmanned Aerial Vehicle System. When he moved to Fredericksburg he wanted two things, to be close to family and the airport to hear the hum of aircraft. His love of flight has spanned almost seven decades.

He is survived by Nancy, his wife of nearly 58 years, eldest son, Tobin and wife Melody of Fredericksburg and youngest son’s wife Angela Bostick of Brownsburg, IN. He was the proud grandfather of five granddaughters and two great-grandchildren.

He is proceeded in death by his father and mother, Delbert and Bernice and his youngest son, Scott.

He was a follower of Christ and attended Fredericksburg Christian Fellowship prior to an extended illness. We praise God for his life and take joy in the knowledge of his presence before God.

The Family will greet friends from 1-2 p.m. Friday, August 24 in Church prior to the Service.

In lieu of flowers the family has requested that memorials be made to the Wounded Warrior Project.

Arrangements are by the Schaetter Funeral Home.

Expressions of sympathy may be sent at www.schaetter.com