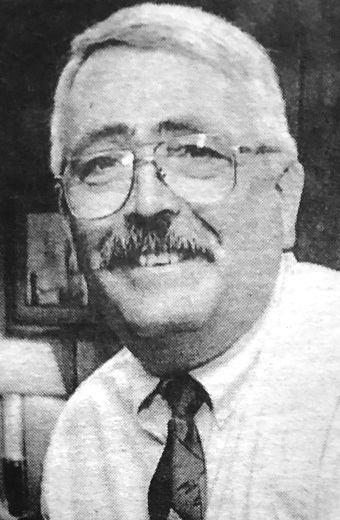 Charles was born September 8, 1948, in Steubenville, OH, to the late Arthur and Thelma Robinson.

He was also preceded in death by his brother Arthur Robinson III and sister Sallie Lou Ringer.

He graduated from Steubenville High School in 1966. On December 9, 1972, he married the love of his life, Donna Valko. He worked as a Controller for Weir Cove Moving and Storage and WTOV 9.

He enjoyed to work, particularly his time with his colleagues, and only retired a few years prior to his passing. Charles was a dedicated community servant and a devout Catholic. He spent all of his life trying to make a difference in the Weirton community. He was proud to be one of the co-founders of the youth soccer leagues in Weirton, and he spent many years as an officer, coach and referee.

As a member of St. Paul’s Parish in Weirton, he led and participated in many church initiatives aimed at helping the people of Weirton. He also spent his entire life volunteering for several local organizations, including Rotary, OVAC Soccer and the Weirton Planning Commission. In addition to his community efforts, Charles also enjoyed reading, Steubenville Big Red football games and spending time with his children and grandchildren.

Friends will be received on Sunday from 1-3, 6-8 p.m. at the Greco- Hertnick Funeral Home, 3219 Main St., Weirton, where a prayer service will be held at 7:30 p.m. A Mass of Christian Burial will be celebrated at 10 a.m. Monday at St. Paul Roman Catholic Church. Rev. Father Larry Dorsch will officiate.

Those who so desire may make memorial contributions in memory of Charles to JDRF (JDRF western pa, 501 Martindale Street, Suite 670, Pittsburgh, PA 15212) to help fund research for a cure to Type One Diabetes, a life-long disease that his granddaughter is fighting.