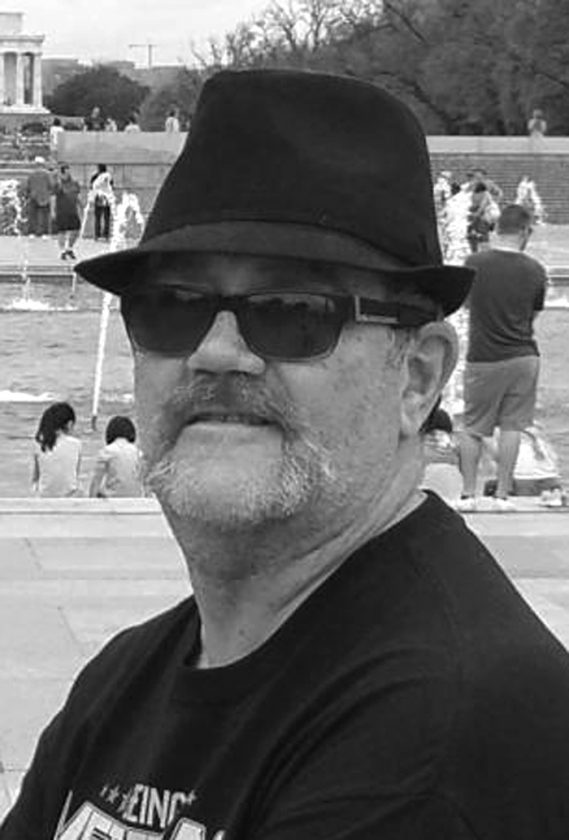 James Lewis Robinson, 59, of Bloomingdale, OH, joined our Lord and Savior on September 6, 2019.

He met up with his father, John L. Robinson, who preceded him, his three baby brothers, Paul, Larry and John; papa and grandma Burch; grandparents Mr. and Mrs. James L. Robinson; numerous relatives and pets.

Jim graduated East Springfield High School 1978. He worked at Harts Department Store, where he met the love of his life. In 1982 he joined the U.S. Air Force served 20 years before retiring.

Upon retirement Jim moved back to Ohio where he enjoyed the country life, his grandkids, wood working, Walking Dead, play station, and the day, he passed away he added his 1000th movie completing his collection. You could never meet a funnier, kinder, gentler man than Jim.

Friends will be received at the Everhart-Bove Funeral Home, 684 Canton Rd., Wintersville, on Tuesday at 1 p.m. until funeral services at 5 p.m. with Pastor David Guess officiating and full military honors.

After viewing, Jim’s wishes were to be cremated, so in lieu of flowers donations may be made to the Everhart-Bove Funeral Home.